“You think you know what’s happening, and then it takes a U-turn into something so much darker and weirder—and my expectations for weirder are high. ”

Anna Paquin is describing her initial reaction to reading the first scene of the first episode of Flack, the saucy new dramedy which she stars in and produces. The six-part series which originally aired in 2019 in the U.K. where it was filmed, is available to Canadians on Prime Video starting January 22.

For those of you (like myself) who are not familiar with it, the term ‘flack’ refers to a publicist, and the show centres around Robyn (played by Paquin), an American living in London and working as a flack for a ruthless public relations firm that represent a roster of troubled celebrities. Written by Oliver Lansley, a multi-talented British actor, writer, producer and director, the show is so witty and dark, each episode will make your head spin—and leave you wanting more. 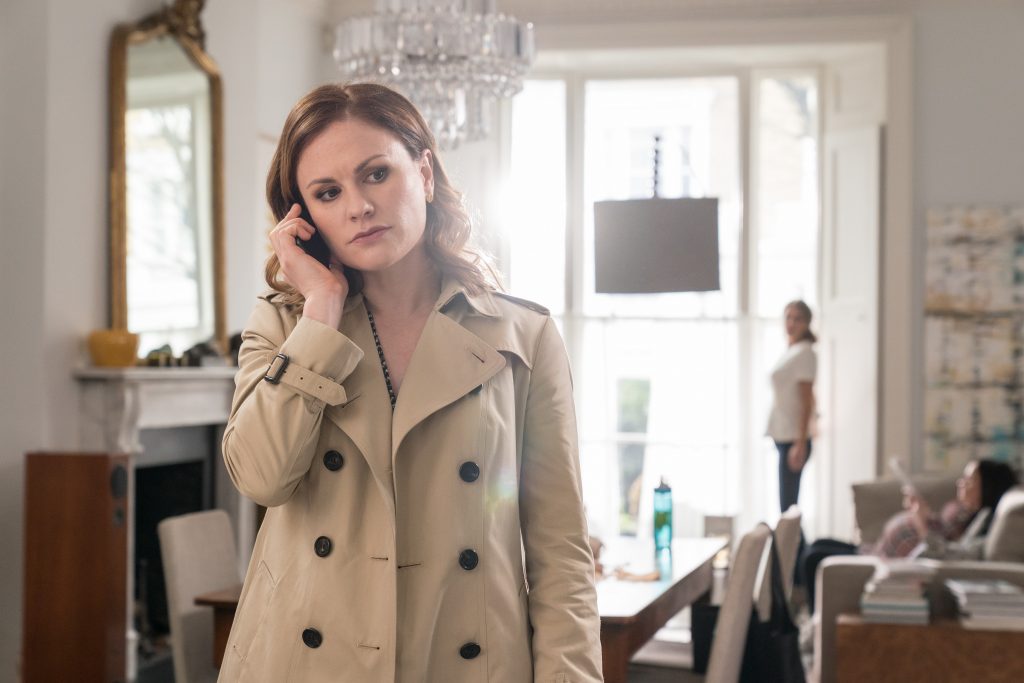 “The writing is just so good,” says Paquin. “Oliver Lansley is so smart, twisted, funny and walks that line. The rapid-fire dialogue is so fun for me. It’s all written in a way that is very specific, precise and musical, where the overlaps, the interjections and all the stuff that sounds very natural and very real life, is all completely calculated, precise and really, for me, super exciting to get to do.”

The punchy dialogue is a huge part of what makes Flack so captivating to watch. That, and the fact that Robyn, who along with her wicked co-worker Eve (played brilliantly by Lydia Wilson), and her downright evil boss (the wonderful Sophie Okonedo) operate on such a cutthroat, merciless and brutally honest level. “Getting to tell people to their faces exactly the thing that they really should have someone say to them? Of course, that’s fun,” says Paquin. “I’m like that in real life, though – I don’t really pull my punches.” 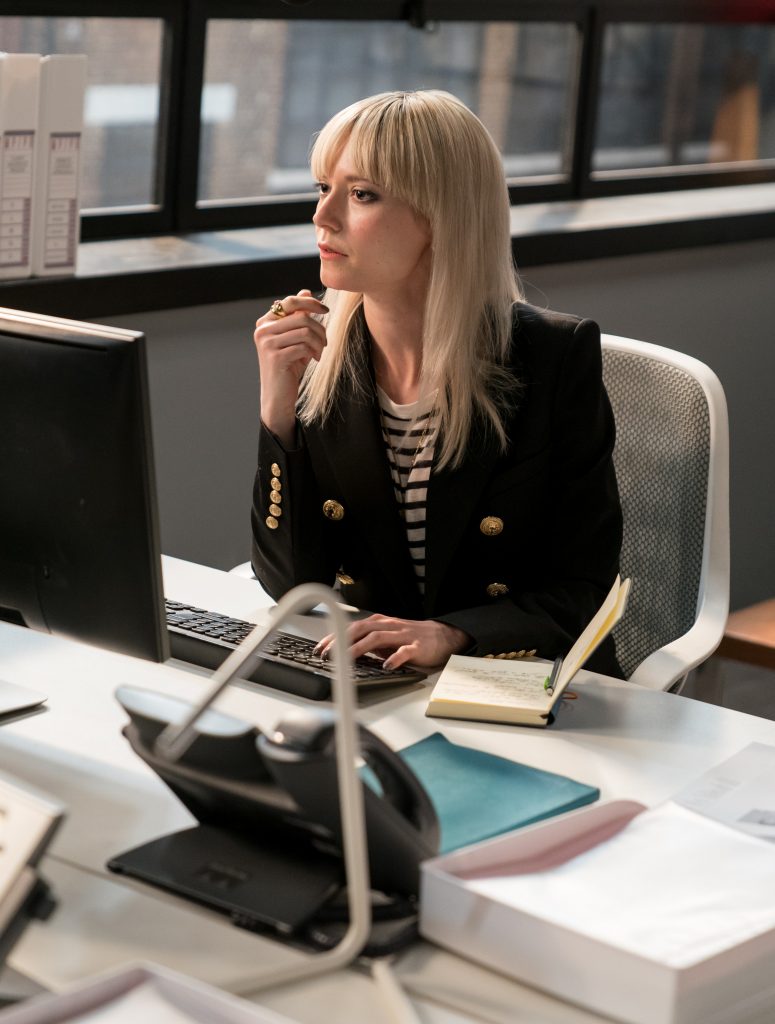 Robyn and her team lie, cheat and scheme their way out of any situation their clients get into, from infidelity, to drugs, sex tapes and worse. Yet despite how amazing Robyn is at her job of keeping other people’s lives in check, she just can’t seem to handle her own, which is slowly spiralling out of control. 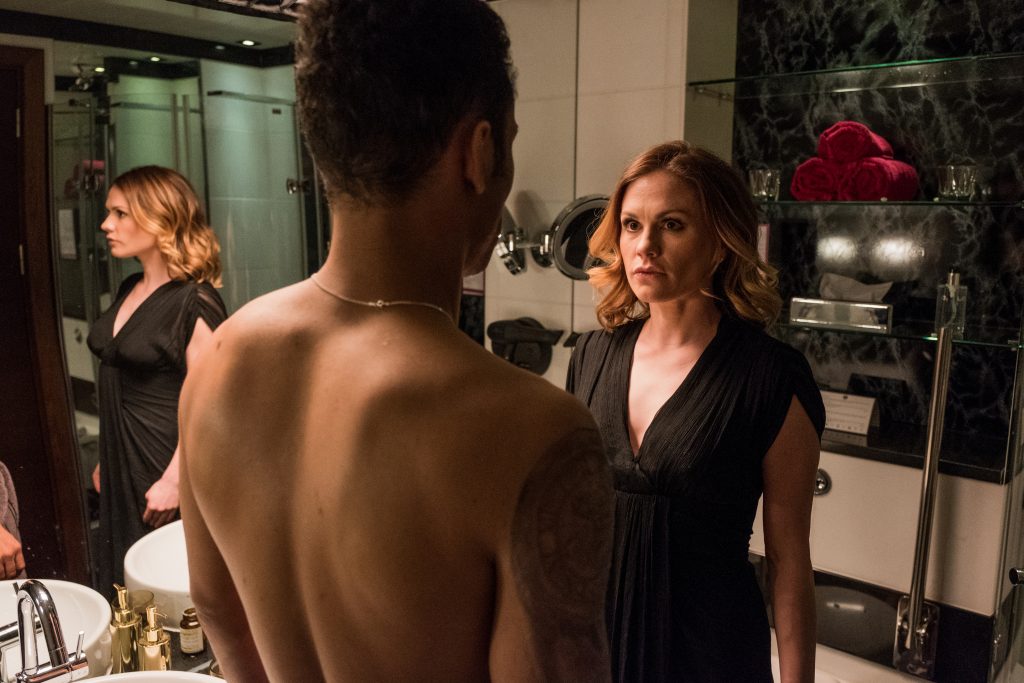 Things escalate as the series progresses, with a striking penultimate episode set entirely during a flight from London to New York. It almost feels like a two-person play between Paquin and the company’s ‘most difficult’ client, guest-star Bradley Whitford (The Handmaid’s Tale, The West Wing).

“First of all, that episode was a huge risk in some ways,” explains Paquin. “Doing this bottle episode that’s really high concept, where you strip everything back and you just have two people talking to each other, to me, is super exciting and very largely had to do with who we ended up getting for that character. And Brad Whitford, good lord! He’s been on my bucket list of people that I want to work with forever. Most of us on the creative and production of Flack are West Wing and Alain Sorkin fans, and there is something similar, rhythmically, with how he writes, to [our] fast, smart, pace. So literally getting Brad to come do it was the dream casting because that stuff just flows out of him.”

The greater question that crosses my mind after binge-watching the series and being pulled into this scandalous world is what Paquin’s own publicist, who she’s been with for 13 years, thinks about this new role. 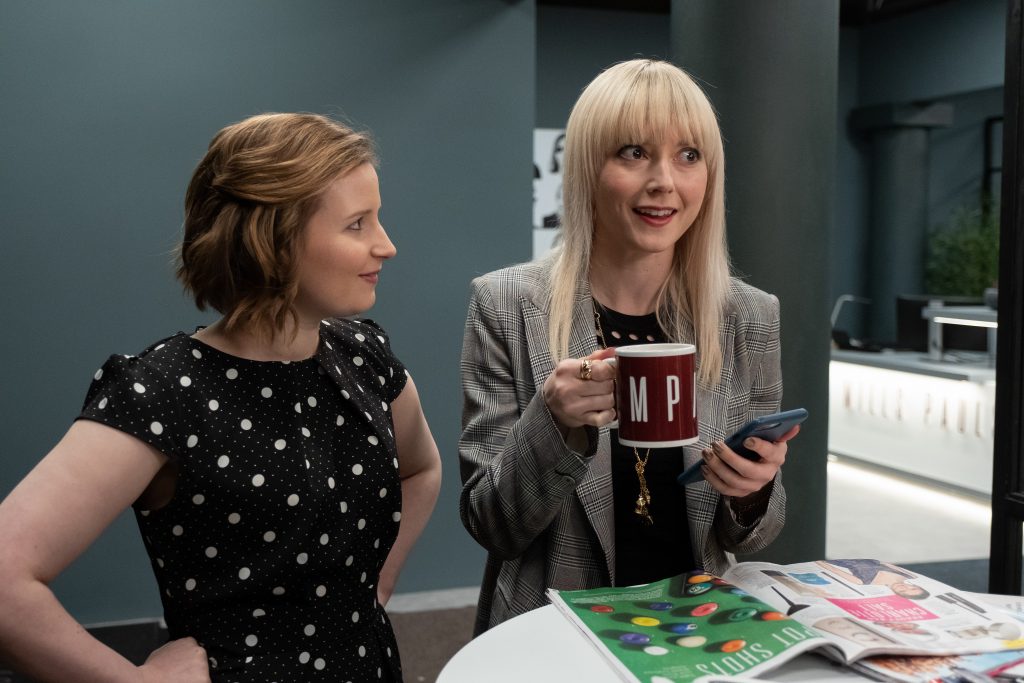 “She and I are much more modest and low-key people, so when the first season originally aired, she did spend quite a lot of time standing in the back going ‘That’s not me, this is not how I do business!’,” says Paquin. “My breed of career and life is just not the scandal gossip stuff. There’s been things that are exciting, but you know, I just work. That’s my interaction with lovely people like you: we do our work, we want as many people to see it and appreciate it, and that’s how we interact. And that all goes through a publicist. I do not now, nor have I ever, craved attention for the sake of it. In fact, I’m really quite the opposite. I’m a quiet, shy, socially awkward hermit. So yeah, that is not something that I have firsthand experience with. But I’ve certainly seen it.”

The best part about Flack is that fans of the show won’t have to wait very long to devour a second season, set to be released shortly after the first. It picks up right where it left off, and according to Paquin, just gets even wilder.

Season One of Flack is available January 22 on Prime Video.