Three years after Marvel announced that superhero Black Panther would get a standalone movie, it’s finally here and all I can say is: "I've been ready." 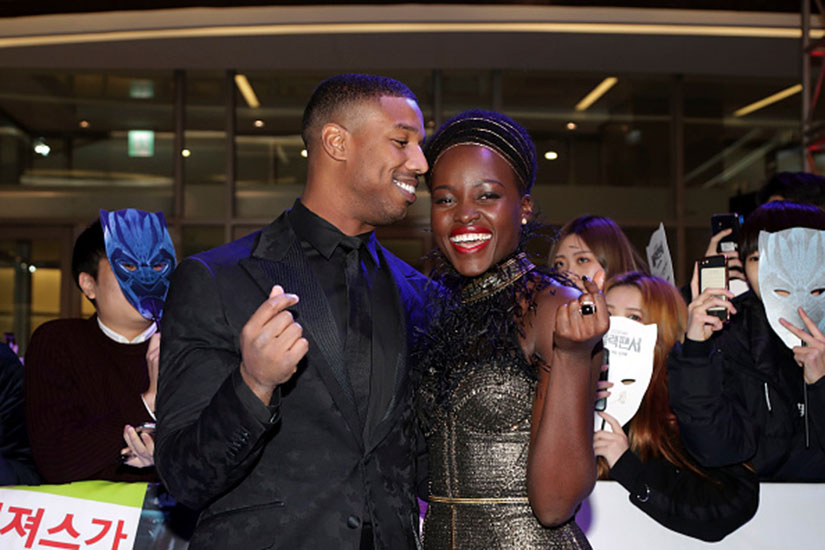 Three years after Marvel announced that superhero Black Panther would get a standalone movie, it’s finally here and all I can say is: “I’ve been ready.”

Last night, I was one of many Marvel fans who piled into theatres for the long-awaited opening. I attended a late-night showing with my sisters at Silvercity in Toronto’s Yorkdale Shopping Centre. We’re longtime Marvel fans, but seeing this film wasn’t just about  admiring the work of our favourite Marvel actors. As women of colour, this was about supporting an all-black cast telling a story about black people and black history. Still, we were pretty excited about Michael B. Jordan (who we actually met when he was filming another movie in Toronto last year).

I was truly impressed by the diversity of movie-goers at the theatre. I had anticipated seeing an all-black audience, but there were people of all ages, genders and races. I also appreciated that some people of colour were so inspired by the stunning red carpet looks seen at the film’s L.A. premiere last month that they dressed up in their own traditional African garments to watch the film.

After the movie, I asked a few people to share their immediate reactions.

Michael B. Jordan’s character, Erik Killmonger, was an immediate fan-favourite but the film’s impressive cast of female characters, including Lupita Nyong’o, Letitia Wright, and The Walking Dead’s Danai Gurira, stole the show.

“I loved that there were so many powerful women in the movie as main characters. I loved Okoye [Danai Gurira] and Lupita was a goddess,” said one moviegoer. It was clear throughout the film that Prince T’Challa was surrounded by and depended on a group of strong, intelligent women.

Another attendee expressed her appreciation for the film’s inclusion of black history and African actors. “Even though it was fictional, it depicted very true events about black history and about Africa being such a rich continent before colonization,” she said. “The accents could have used a bit of work, but overall it was really good. I liked that some of the characters, like Lupita, were actually African.”

Without spoiling the movie, I can say that it’s definitively worth the hype. The film is already on track to be a box office hit: ticket sales website Fandango announced that Black Panther is currently the fourth best-selling presale in their history. (The first three are all Star Wars films.)

I personally loved the idea of Wakanda—the thriving and technologically-advanced African nation, untouched by colonialism, that Black Panther calls home. For me, Wakanda represented black culture of the past, present and future—beautiful and prospering.

The cast alone—which includes long-time award-winning actors, like Angela Bassett and Forest Whittaker, as well as newer stars like Get Out’s Daniel Kaluuya—is more than enough to draw crowds to theatres. But Black Panther doesn’t follow the typical script for a superhero film. The film diverts from Marvel’s usual straightforward plot, where a villain is defeated and the world is saved from destruction; it is a story about history, tradition and self-discovery.

I’m planning to see the movie at least two more times this weekend. Yes, it was that good.