Baroness von Sketch's Meredith MacNeill on Getting Serious with Comedy 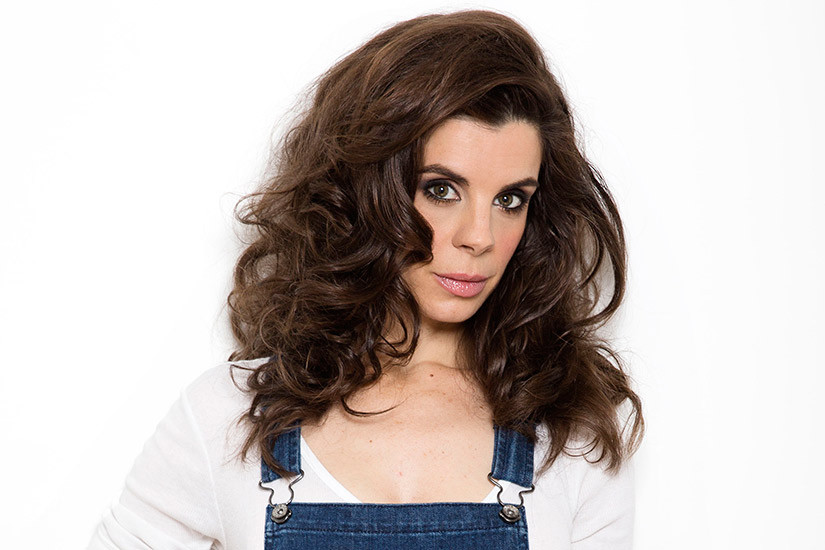 “I wish you could see me right now,” Meredith MacNeill, one of the stars and co-creators of CBC’s hit comedy series Baroness von Sketch Show, says to me as soon as we get on the phone. She then proceeds to describe her current state of dress in hilarious detail—which, sorry not sorry, I can’t relay back to you because it would give away info about a sketch for next season—from her trailer. “You’d laugh your f*****g head off.”

If you’ve seen even just one episode of Baroness von Sketch, it wouldn’t surprise you that MacNeill is just as funny IRL as she is on the satirical sketch series, which also stars co-creators Carolyn Taylor, Aurora Browne and Jennifer Whalen and tackles everything from everyday minutiae “Blanket Scarf” to bigger concerns “Unfounded.” [Editor’s note: “Unfounded” is a sketch about sexual assault and may be triggering to some people]. Not only has the show found success here, it’s also won a loyal following stateside. We caught up with MacNeill ahead of the show’s season three finale this week to chat about having creative control of the series and some of her favourite sketches.

Were there any topics or stories you really wanted to explore for season three?

Every season has a different feel. For me, we had two seasons under our belts, so I felt I had an opportunity to talk about some things in sketch that were really important to me—I dove into sexual assault, for example. Of course, it was still playful and light, and there were sketches about being a single mom and the struggle of just putting a corner sheet on by yourself. So it still has the flavour of every other season, but I also wanted to talk about things that were really hard too.

Was it the confidence of having already done two seasons that made you want to address these more serious things?

We already had some of that type of material. It was just that we had such strong support from our producers, and, as a team of four, we are getting to know how we work and what we can do every season. So we try to push the boundaries, and this was the boundary I wanted to press up against a little bit.

You and your co-creators all write, produce, act in and edit the show. Why was it important for the four of you to keep creative control over all aspects of it?

As creators of content, when the original idea is seen from the starting line all the way through, we’re able to hold on to the truth of the original message. That’s the advantage we have as artists being part of the whole process.

When you started working on the show, why did you decided to do a sketch comedy as opposed to a more traditional sitcom?

It was just something that resonated with the four of us. We were four women in our 40s who wanted to talk about how we see the world and we felt that sketch was the best way to do that—it’s a way to tackle so much subject matter.

Do you have any favourite sketches you’ve done so far?

I always love to do physical sketches. They’re really fun and quite freeing. Sometimes it’s hard to express what you want with just language, so having the ability and opportunity to be able to physicalize the inner turmoil and awkwardness of life is an absolute privilege. [Season one sketch] “Dry Shampoo” was so much fun. It’s really about a woman and a breakdown of her family—she’s lost her her children, she’s in the middle of a divorce. So to ground that and then go as big as you want and keep that truth at the centre core. One of my favourite things to do is to ground something really as solidly as I can and then see how wild we can get.