Ava DuVernay: "Everything I do is cultural-justice filmmaking"

The Wrinkle in Time director opens up about cultural justice filmmaking and getting emotional in the editing room. 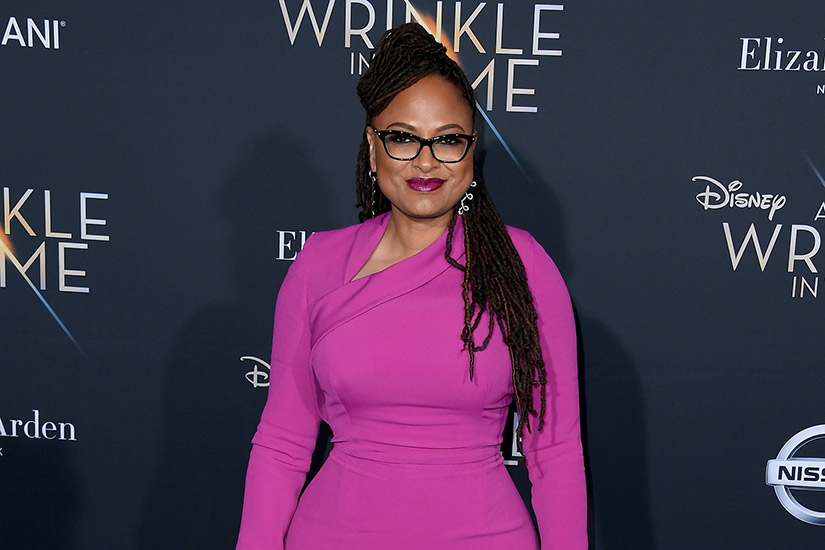 Ava DuVernay is getting over a nasty cold when we reach her to talk about A Wrinkle in Time. “Excuse me if I sound a little stuffy,” she says over the phone from L.A. “It’s at the stage that it won’t go away.”

Personally, we would be lying in bed milking it for every extra cup of tea and Fresh Prince rerun we can get, but DuVernay can’t be stopped—taking our call first thing in the morning even when she’s not feeling well. “If that’s early, then this is problematic. It’s almost 10 o’clock. They need to get up, get out and get into the world. So I’m up to no good.”

Hardly. Let’s take a moment to review DuVernay’s many accomplishments, shall we? Not only was she the first black woman to be nominated for best director at the Golden Globes (for 2014’s Selma), she was also the first black woman to be nominated for Best Documentary Feature at the Oscars (for her 2016 Netflix doc 13th). With Disney’s A Wrinkle in Time, which is based on the beloved children’s book by Madeleine L’Engle, DuVernay continues to break boundaries, becoming the first-ever woman of colour to direct a live-action movie with a budget of over $100 million. The genres may be different, but all of her work puts people of colour, often women, front and centre.

“Everything I do is cultural-justice filmmaking, and this fits firmly into that. [A Wrinkle in Time] is not very different from Selma to me,” DuVernay tells us. “Social justice is about imagining the world that isn’t there and making it so. That’s what Dr. King did and that’s what Meg [the lead character in A Wrinkle in Time] does.”

But does a giant budget and big studio backing come at a sacrifice? Not a chance. “I’m very concerned, and very focused and very passionate about the images of women and people of colour,” DuVernay says. “It was really important for me to step into that space, stretch boundaries for myself as a filmmaker, but then also to bring the story of a girl that’s usually so absent in these stories.”

With A Wrinkle in Time, DuVernay collected a cast that meets that goal. Fourteen-year-old Storm Reid steps into the shoes of Meg Murry, the movie’s brilliant protagonist who’s on a quest to find her missing father. Meg is surrounded by a group of remarkable women: Gugu Mbatha-Raw plays her mother, while Oprah, Mindy Kaling and Reese Witherspoon play a group of formidable “celestial guides” to Meg.

“I really wanted to be a woman who was able to imagine worlds and create fantasy,” DuVernay says. “This very much will be a mood and experience as opposed to heavy-hitting plot, so it’s different in that way. But I hope it makes it distinct.”

We have no doubt it does.

For more of our interview with Ava DuVernay, pick up the May issue of ELLE Canada.