"[Lavinia] is the Basic B of Dickinson." 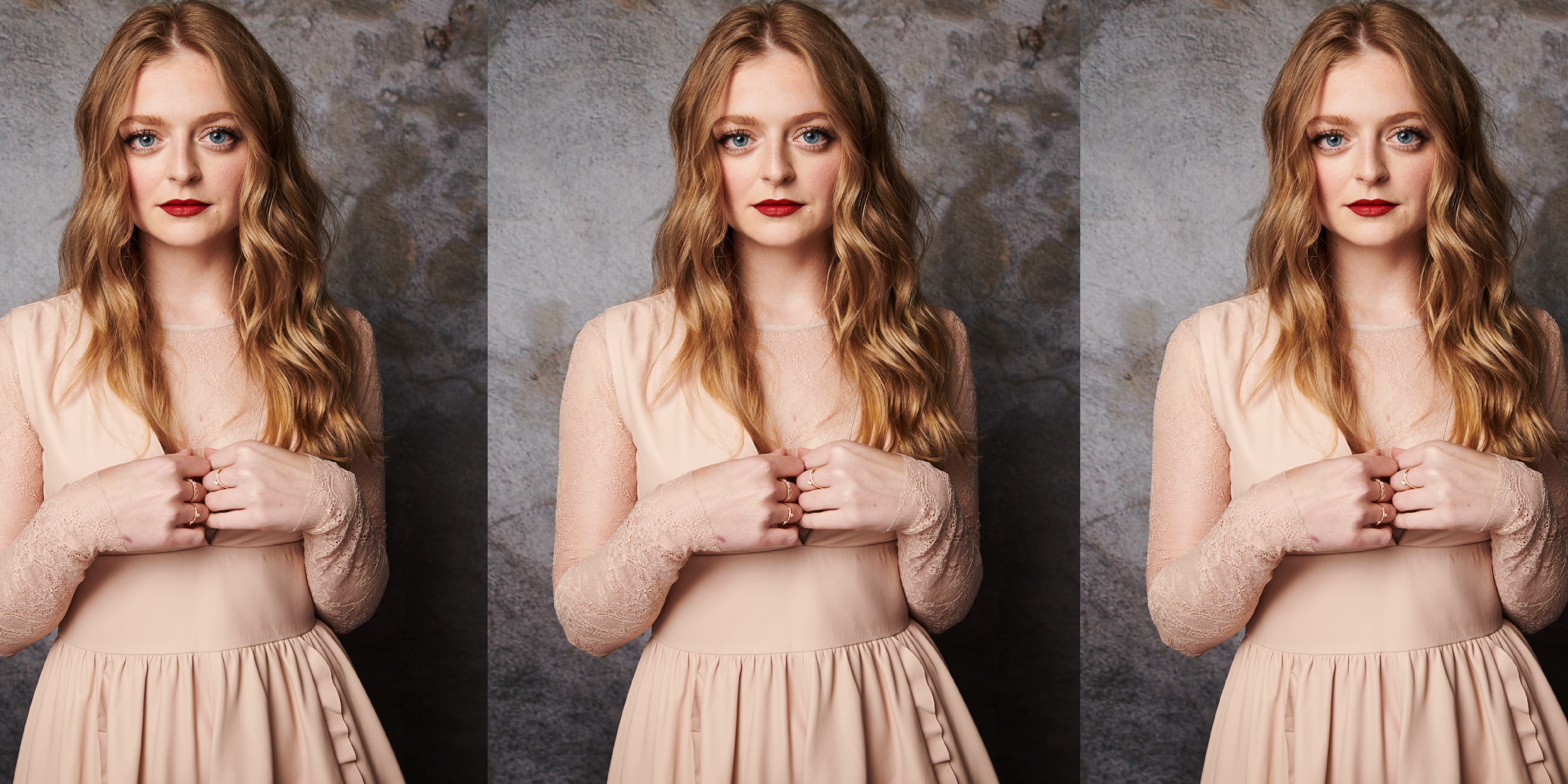 We’re calling it now: There won’t be very many Dickinson scenes featuring Anna Baryshnikov’s Lavinia, younger sister to iconic poet Emily Dickinson, that won’t elicit at least a chuckle. In the quirky, modern take on a period piece, Baryshnikov shines opposite co-star Hailee Steinfeld, bringing humour and compassion to an outgoing teen girl who is also kind of desperate for love and attention. (We can see how being related to Emily Dickinson will do that to you.)

“[Lavinia] is the Basic B of Dickinson,” Baryshnikov says of her character in the most affectionate way possible. “The things that she wants – love, friendship, to feel excited about the world around her – are very fundamental on a certain level. But I say basic only in that she has her finger on the pulse of what’s cool, and she wants to be a part of it. I imagine her as the girl who’s scouring Instagram wearing a flower crown. I love approaching her with total compassion, because there’s a part of me who is also that person, and I don’t understand why, as a society, we’re so judgemental of women who just want to enjoy their lives.”

You may recognize the 27-year-old from her roles in Oscar drama Manchester By the Sea and Netflix’s The Kindergarten Teacher, but it’s with Dickinson – which debuts on November 1 upon the launch of Apple TV+ – that we suspect the star will break big. We caught up with Baryshnikov to talk about her scene-stealing role, her career and how Hailee Steinfeld inspires her.

What attracted you to Dickinson?

Even though there’s this bigger movement in the industry to be more inclusive of all voices, I didn’t feel like I was totally seeing that being reflected yet. Then I read this script and was so struck by how different it was. It’s a blend of surrealism and realism, it’s a period piece but it’s also modern. I originally auditioned for Sue [Gilbert, Emily’s best friend/lover/future sister-in-law] and worked really hard on it because I was so in love with the script. When I got a callback, they asked me to read for [Lavinia] instead. Immediately, I felt kind of wounded – like I didn’t do something right. But Lavinia just jumped off the page to me. I felt like I knew exactly what I wanted to do with her.

Did you relate to Lavinia?

Lavinia reminds me a lot of my younger self. She is incredibly outgoing, optimistic and confident. But at the same time, she’s plagued with self-doubt and desperately wants to fit in. She wants to do and say the right things according to society. In my own life, I had kind of a slow awakening, realizing that I had to question what I was wanting to fit into and what I actually cared about. Throughout the series, we watch Lavinia discover that the society she thinks she wants to fit in to is actually eroding the most fundamental version of herself. She flies in the face of expectation by accidentally being herself. She’s a lot weirder than anyone realizes.

It seems like the cast has great chemistry and gets along really well. What did you learn from working with Hailee, in particular?

Hailee is exceptionally free on set. She does a tremendous amount of work beforehand, then manages to be so present and willing to try anything. She’s given me advice over and over again to just trust myself and trust that nobody knows my character better than I do. She’s an incredibly empowered actor in that way. And she’s doing such a wonderful job as an actor and producer. She’s so thoughtful and intelligent and manages to have os much fun while doing it.

Did watching her work as an executive producer inspire you to work behind the scenes at all?

I really hope that I can. I love to write and would love to start making that a more active part of my career down the line. I’m so inspired by how holistically she looks at the project and she encourages the rest of us to do the same. She’ll walk up to me and ask, “Do you like your hair today? Do you feel like that’s what your character would do?” At the beginning of your career, it feels like things that aren’t specifically related to your job, you’re not allowed to have a voice in. But she’s very adamant that it’s you out there, your body, your mind, your voice, and so you should feel empowered to be a part of the conversation in creating the show. Watching her produce and handle her music career is really inspiring because it by no means detracts from her ability as an actress. She is just beyond.

How did you get into acting?

There was a woman in my town growing up who started a children’s Shakespeare group. The first show she did was A Midsummer Night’s Dream, and they really needed young kids to be the fairies, so I was recruited to be Peaseblossom. I truly loved it. Before our first performance, my babysitter was worried I wouldn’t be loud enough, so she said, “You have to project. Imagine that your grandfather is at the back of the room.” So I got to what was supposed to be this quiet, ethereal scene and just shrieked my lines. Everyone laughed. And even though it was an accident, I felt the give and take between the audience and me as a performer immediately. I knew I wanted to do it for the rest of my life.

Has there been a moment where you realized that acting as a career could actually work out?

I never let myself entertain otherwise. There have definitely been moments where it felt like it wasn’t working out, or working out as fast as I wanted to. But I learned to turn rejection into fuel and would get very focused on whatever the next goal was. I know that I had a few advantages working for me – I didn’t have to pay off student loans, I grew up in New York and didn’t have to move to a new place out of school – so I could never claim to have had a normal version of this experience. But I’ve been deadset on acting since I was eight years old.

What are some of your favourite movies?

My family watched Some Like It Hot all the time while I was growing up and I just adored it. Best in Show was also a regular in my household. And Legally Blonde will always be a cherished movie for me. I think it’s comedic genius. It’s so well-written and really wholesome. I remember laughing so hard in the theatre that I cried a bit. I truly remember thinking, “Oh, this is how my brother feels when he goes to the movies.” The jokes were written for me to understand, and Reese Witherspoon became a massive idol for me. It’s been fun to watch her take control over her career because I’ve looked up to her for so long.

And now you’re on the same streaming service!

[Laughs] And now we’re on the same streaming service!