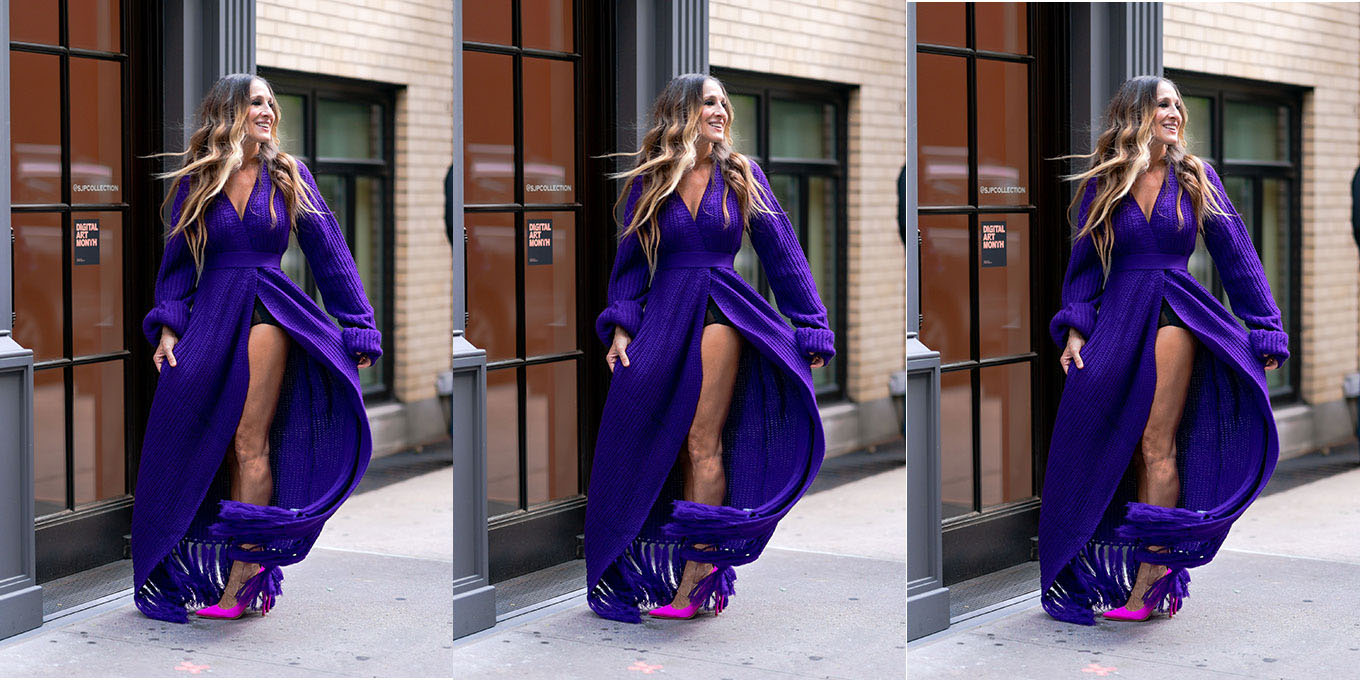 The universe (and HBO Max) couldn’t help but wonder about a Sex and the City revival. More than a decade after their last bow in the 2010 sequel Sex and the City 2, Sarah Jessica Parker, Cynthia Nixon, and Kristin Davis will return to their iconic roles in a new show. All three cast members teased And Just Like That…, a 10-episode HBO Max limited series, on social media Sunday night.

“I couldn’t help but wonder… where are they now?” Parker, who plays Carrie Bradshaw, wrote on Instagram alongside a clip of footage of New York and a typed-out promise that, “The story continues.” Nixon, who plays Miranda Hobbes, wrote “You, me, New York…anything is possible” alongside the same video. Davis, who plays Charlotte York, added, “Anything is possible…Meet you there!” with her own post. Notably missing from the cast announcement was Kim Cattrall, who played Samantha Jones in the original series. It appears she’s not involved with the revival amid long-standing rumors of a feud between herself and the other core cast members.

The original series, created by Darren Star and based on Candace Bushnell’s book, ended in 2004 after six seasons and spawned two films in 2008 and 2010. SATC also inspired The Carrie Diaries, a CW prequel series that starred AnnaSophia Robb as young Carrie and ended after two seasons. This new revival will be executive produced by Parker, Nixon, Davis, and Michael Patrick King, who wrote and directed both Sex and the City movies.

“I grew up with these characters, and I can’t wait to see how their story has evolved in this new chapter, with the honesty, poignancy, humour and the beloved city that has always defined them,” Sarah Aubrey, Head of Original Content, HBO Max, said in a statement, per Deadline.

The continuation of Sex and the City will arrive without one of its key cast members. After Cattrall made several public comments that suggested she would never do a third SATC film, her role as Samantha was apparently scrapped from the project. Parker responded to a series of Instagram comments asking about Samantha’s role in the revival. In one comment, Parker clarified that she didn’t “dislike” Cattrall and that she would be missed. “Samantha isn’t part of this story,” Parker wrote, adding, “But she will always be part of us. No matter where we are or what we do.”

Cattrall hasn’t addressed the revival news but previously told The Guardian in 2019 that she’d be open to them recasting her role. “It was a blessing in so many ways but after the second movie I’d had enough,” she told the outlet. “I couldn’t understand why they wouldn’t just replace me with another actress instead of wasting time bullying. No means no.” During the interview, Cattrall definitively stated, “I don’t want to be in a situation for even an hour where I’m not enjoying myself.”

It’s unclear which additional cast members have signed on for the revival, including the trio’s love interests—Chris Noth as Mr. Big, David Eigenberg as Steve, and Evan Handler as Harry.