Celebrity culture and notoriety defined the first 10 years of the millennium. In the next 10, it was gloriously portrayed on film. 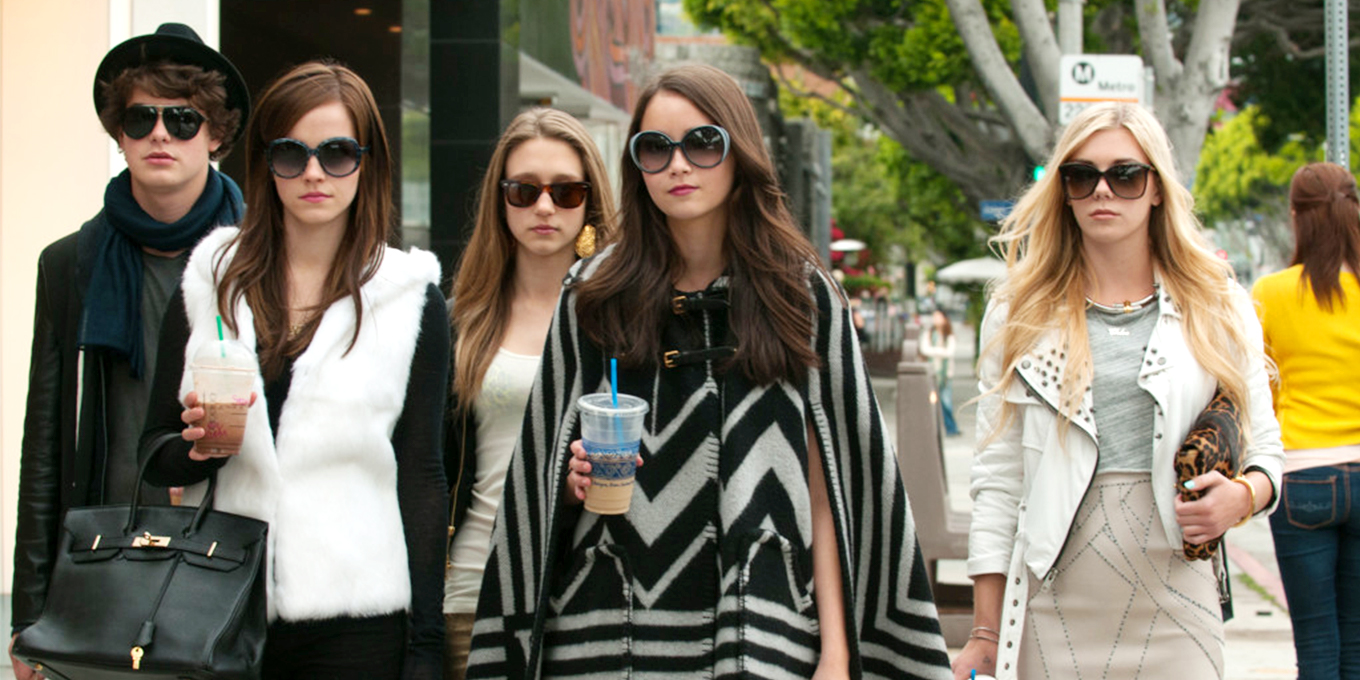 “Nancy Jo, this is Alexis Neiers calling” is a sentence that has stuck with me since I first heard it. Former “Bling Ring” member Neiers, then starring in a one-off reality show, Pretty Wild, called journalist Nancy Jo Sales to complain about how she’d been portrayed in a Vanity Fair piece Sales wrote. The Louboutin vs. Bebe heels mixup, Alexis screaming at her mom, her absolutely relentless attempts at conveying how “petrified” she was of potential defamation – it’s all ingrained in my memory, perhaps because it perfectly encapsulates a time in the not-so-distant past.

The 2000s were an era of obsession with fame and celebrity in the purest sense. Though the voicemail technically took place in 2010, it followed closely behind the indulgent and illegal events that took place in the two years prior. In the late 2000s, Twitter had only a fraction of the engagement it has now, excess was all the rage (velour, sequins, Ed Hardy) and the best way to stalk celebs was through the tabloids. The lines between high- and lowbrow culture are much more blurred now, but that hasn’t stopped filmmakers of the past decade from capitalizing on the contrast of the 2000s. Here are a few of the best movies of the past 10 years that detail the grimy, glam, fame-focused energy of the beginning of the third millennium.

Sofia Coppola is still best known for Lost in Translation, but The Bling Ring proved she has a penchant for all things pop culture. Inspired by Nancy Jo Sales’ infamous 2010 Vanity Fair feature entitled “The Subjects Wore Louboutins,” the film tells the real-life story of a group of teen burglars in L.A. who made the rounds at celebrity homes in 2008 and 2009. Emma Watson plays Nicki Moore, a character based loosely on Neiers. She struts around in Juicy tracksuits with stolen handbags and delivers the incredible line “Let’s go to Paris’. I wanna rob.” Paris Hilton makes an appearance as herself, clearly in on the joke. The movie is simultaneously a critique of the illegal events and a satire about those who will do anything to get closer to celebrities. Were the “Bling Ring” crew the original influencers? Discuss.

In 2019, it’s difficult to simply associate Mark Zuckerberg with his multi-billion-dollar creation, Facebook, rather than the public scrutiny he’s faced more recently. Back in 2010, however, Zuckerberg was simply synonymous with the platform he created – so much so that acclaimed filmmaker David Fincher made a movie about the creation of the website. The Social Network takes viewers back to 2003, when Zuckerberg (played by Jesse Eisenberg) was a Gap-hoodie-wearing student at Harvard who was stirring the pot among his peers with “Facemash.” The film progresses through the 2000s as Zuckerberg transitions from grey college-dorm attire to button-down shirts and ties for business meetings. Tech-wise, this is the most obvious time capsule of the 2000s and is the most telling when it comes to how much has changed in a few short years.

Jia Tolentino at The New Yorker said it best in her piece entitled “The Music of ‘Hustlers’ and the Soaring, Stupid National Mood Circa 2008”: “It feels unseemly and indulgent to get nostalgic about something so dumb and so close to the present, and yet ‘Hustlers’ helped me realize how many people have begun to remember the brief period just before the recession in a similar way.” She was referring to the significance of Usher’s “Love in This Club” playing during a scene in a strip club in which Lizzo screams out “Usher’s here!” and the girls all FLOCK. Worlds collide when we see her and Cardi B, very much celebrities of this decade, fawning after a 2000s icon in a film also set during that era. Semi-confusing but, ultimately, highly satisfying.