A Comprehensive List of Rom-Coms to Watch on Valentine's Day

Single or taken, these love-centric movies are must-sees. 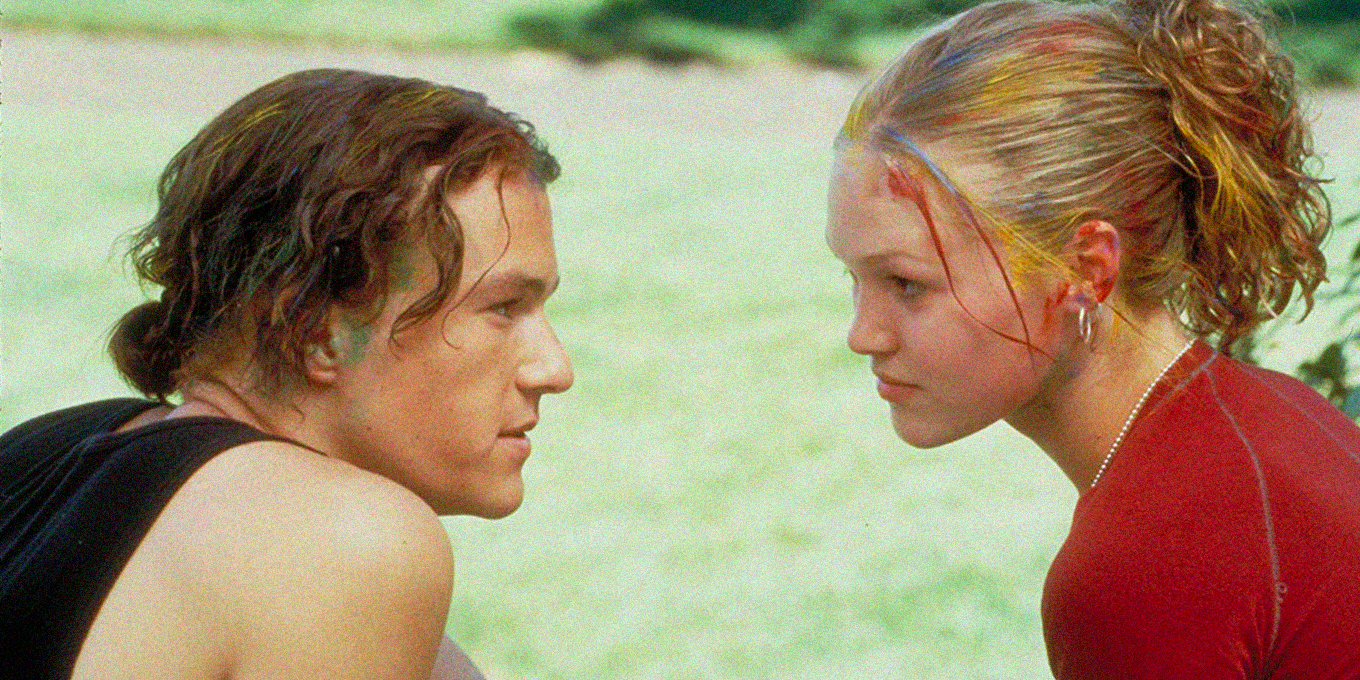 It’s just about that time of year again – whether you are pre-selecting your fave Nora Ephron film to watch with your partner or you’d prefer to throw chocolates at your TV in a heartbroken rage, Valentine’s Day is the perfect time to indulge in a love-centric film. We rounded up a list of some of the best romantic-comedies for you to choose from based on your relationship status and personal tastes. Grab some cinnamon hearts and a glass of rosé and peruse our picks below.

If you’re “single and loving it”

When you think of an ABBA-soundtracked movie, the first one that likely comes to mind is Mamma Mia (a great rom-com in its own right). Muriel’s Wedding is a lesser known but equally endearing film starring Toni Collette. She plays the titular character: a mousy, ABBA-loving girl in a dead-end Australian town who longs for companionship. When she meets Rhonda, her bold and rebellious counterpart, Muriel’s dreams start to manifest themselves, though not exactly in the way she had planned. This is the perfect film for a Galentine’s night – a quick ABBA karaoke session is recommended afterwards.

Recommended if you like: streaming ABBA’s greatest hits at least once a week, making dream-wedding boards on Pinterest, glitter.

This film takes all the charming parts of the 2000s rom-com and gives it a more inclusive twist. Jessica Stein (Jennifer Westfeldt) has trouble with dating and can’t seem to find the right man. You can probably tell where this is going… she goes on a date with a woman named Helen (Heather Juergensen) and discovers that her sexuality is more fluid than she originally had thought. It’s a lighthearted and fun addition to queer cinema.

Recommended if you like: Sex and the City, HBO’s Girls, first dates.

For the hopeless romantic:

There’s so much to love about The Big Sick: the chemistry between the leads, Kumail Nanijani and Zoe Kazan, an appearance by rom-com veteran Holly Hunter and a raw tackling of race, politics and illness that stems from Nanijani’s real life experiences. Nanijani plays a fictionalized version of himself – a Pakistani Uber driver in New York City, he is disillusioned with his family’s attempts to marry him off to a Pakistani girl of their choosing. After a one-night stand with a girl named Emily (played by Kazan and based on his IRL girlfriend) evolves into a mutual romantic interest, tensions rise between him and his family as he realizes that difficult choices have to be made.

Recommended if you like: laughing as much as you cry, family dramas, stand-up comedy.

One of the best Netflix teen rom-coms to date! A sequel is coming on February 12, but the original is worth a rewatch, perhaps even as a double feature with the new release. Lana Condor stars as Lara Jean, a high school student who keeps her list of crushes as well organized as her pristine wardrobe. Of course, all those crushes don’t stay secret for long and her love interests find out that she’s professed her feelings via handwritten notes. Without giving too much away, it ends up going well for her (hi, Peter Kavinsky).

Recommended if you like: picking out your outfit the night before, writing love letters, making playlists.

Few things in this lawless life are as pure as the 2018 film Love, Simon. Based on the YA novel Simon vs. the Homo Sapiens Agenda, the movies centres around a high school student named Simon Spier (Nick Robinson) who is coming to terms with his sexuality. The premise might sound cliché or precious at surface level, but I promise its scope is much wider than a simple “coming out” movie. It seamlessly blends the coming-of-age and rom-com film genres and addresses queer romance in what we can only hope will give cues to future filmmakers to do the same.

Recommended if you like: taking your coffee with two sugars, cozy blankets, flirting over email.

For the relationship-bound and/or rom-com traditionalist:

Recommended if you like: A Reuben sandwich with extra pickles, keeping a diary, chance encounters.

Inspired by Taming of the Shrew, 10 Things is a stylish high school rom-com with a clever script and a stellar cast (Julia Stiles, Heath Ledger, Joseph Gordon-Levitt, Allison Janney, etc.). Odds are you’ve seen this before, but if not, it’s an essential Valentine’s Day watch. I’d be lying if I said I haven’t tried to memorize the poem from 10 Things I Hate About You and I applaud anyone who can recite it on command.

This is an amazing pick because it’s a sports-themed rom-com, meaning there’s drama both on and off the court. It follows two next-door neighbours, Monica (Sanaa Lathan) and Quincy (Omar Epps) as they develop their professional basketball careers as well as feelings for each other. Produced by Spike Lee and featuring Alfre Woodward and Gabrielle Union in supporting roles, Love & Basketball was an instant classic and holds up to this day.

Recommended if you like: competition, motivational speeches, sharing Gatorade with your crush.

The Romcom is Back and Better Than Ever

Should You Talk on the Phone Before a First Date?