A chat with the director and novelist behind Everything, Everything 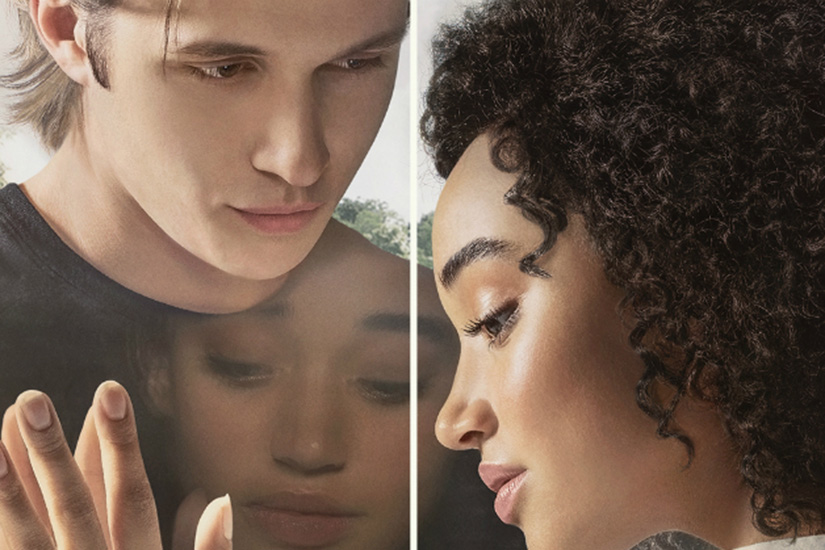 The premise behind Everything, Everything is straight-forward: A young woman has spent her entire life inside her home because she has a disease that makes her incredibly vulnerable to germs from the outside. And she’s kinda okay with that…until an intriguing young man moves in next door. The way all this plays out however—both in Nicola Yoon’s best-selling YA novel version and director Stella Meghie’s take, coming to screens this weekend—is something altogether more complicated, beautiful and ugh, romantic.

We got a chance to chat with Meghie (proud Torontonian!) and Yoon about what is was like to work together, casting the incredible Amandla Stenburg in the title role, and if like, real love exists like it does in books and movies.

ELLE Canada: So, how well do you two actually know each other?

Nicola Yoon: Really well now. The first time we had coffee were supposed to meet for half an hour and it went for three hours so…we get along!

SM: We were at this very strict coffee shop where you could not bring children in…

NY: I am not certain. I like to go there because it’s quiet.

SM: It’s too quiet! You can’t have children. You can’t talk. You have to buy something immediately when you walk in.

NY: But the treats are better!

EC: So it was a rocky start to you relationship…

SM: The cute thing is that at the end of the three hours, her daughter came in and she was prepped that no kids were allowed, so she ran in and hid, laying flat under the table. And then someone came over and told her she had to go.

EC: How much involvement did you actually have in the process of making the movie, Nicola?

NY: I gave notes on the first version of the script, and Stella and I just chatted about what parts of the book were really important to me, and then she just took it and made her own version.

SM: That meeting was about getting to know Nicola and understand who she was a person, because it’s her mind that this book came out of. If I understood why she wrote something, it helps me make decisions.

EC: Did meeting her change anything about the way you made the film?

SM: Getting close to her and her husband, who illustrated the book, gave me greater insight and allowed me to do things like when we needed a really cool way to describe Maddie’s [the main character] illness, I could call her up at 10pm and be like, can Dave draw her disease so I can animate it tomorrow?!

NY: And I’m like, “Yes, he will’ because he’s sitting on the couch right next to me.

EC: Did you have anything to with the casting process, Nicola?

NY: I did advocate for Amandla [Stenburg who plays Maddie] once I realised she was on the list.

SM: You didn’t actually tell me your vote for her until I told you she was high up on that list.

NY: I was just a big fan and I loved her activism and how warm and smart she is. Maddie is both of those things, and she’s curious [like Amandla] and that’s a quality I really like.

EC: Did the actors who ended up being cast look like you’d imagined when writing the novel?

NY: Maddie and Amandla are the same. Maddie is basically my little girl [in looks], and Amandla is like, her in 17 years. For Nick [played by Nick Robinson], he didn’t have hair in the book. He has a shaved head.

SM: That was one of the main liberties I took. Nick’s hair was just too gorgeous. I couldn’t do it.

NY: You made the right choice.

SM: And Nick was always like, ‘When are we incorporating some hats?’, and I was like, ‘no’.

EC: Nick and Maddie has this fairy tale romance in a lot respects. Nick feels like the sort of boy I dreamed about when I was 18 like her. Were you creating a fantasy of sorts?

NY: I’m going to disagree with that. I am totally in love with my husband, and he is the perfect boy for me. That’s not to say he’s perfect, but he is perfect for me. I do think we can all find that. It isn’t a fantasy. I stay up at night talking to him, I debrief at the end of the day. I think he is the coolest ever and he’s the person that I want to hang out with the most. Of course there are things that drive me crazy but mostly he’s awesome. People always say, ‘love is hard, love is work’, but if you say those things they’re going to become true. I believe in butterflies. I believe in love, damn it!

SM: [laughing] She is a much more pure person than I am.