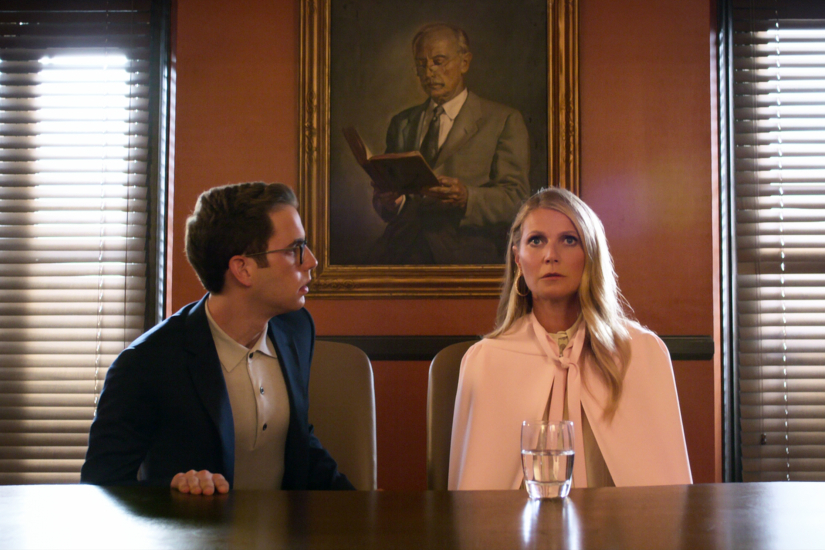 ‘Tis the season…to bundle up in a cozy sweater and catch up on TV. But don’t let those Succession episodes pile up for too long, because the beginning of fall also means a whole host of new must-watch series making their debut. Here are the new shows you should be watching this fall.

You’ve likely already heard buzz about Netflix’s compelling yet hard-to-watch crime drama Unbelievable. But if you, unlike us, have more restraint and didn’t binge-watch all eight episodes in one weekend, we’ll catch you up. Based on a true story, the series follows Marie (Booksmart‘s Kaitlyn Dever), a teen who is charged with lying about being raped. Years later, in a different state, two female detectives (Toni Collette and Merritt Wever) discover that a series of rapes they’re investigating may be connected. You will cry, you’ll get pissed off and you won’t be able to look away.

Black-ish is going to the ’80s in this Tracee Ellis Ross-narrated sitcom. The prequel series follows Ross’ Bow during her childhood growing up in a mixed-race family, picking up when her family moves from a hippie commune to the suburbs. If it’s even half as funny and warm-hearted as Black-ish, we’ll definitely be watching.

Canadian Cobie Smulders is back on TV. This time, the HIMYM alumn is taking on crime drama Stumptown, in which she plays sharp and rough-around-the-edges veteran Dex. She becomes a private investigator in Portland, where she’s also taking of her brother. The series – which has both action and comedic elements – also stars Jake Johnson (New Girl) and Being Mary Jane‘s Michael Ealy. Sign us up.

Glee meets Pitch Perfect in this new musical comedy…literally. That’s because franchise star Anna Camp also has a lead role in Perfect Harmony, about a rural church choir that could use a little help. That assistance comes in the form of Arthur, a former Ivy League professor played by Bradley Whitford (a.k.a. our favourite Handmaid’s Tale commander), who becomes their director. We’ll start warming up our voices now.

Ryan Murphy – you know, the brains behind American Horror Story, Glee and more – made waves when it was announced he’d be teaming up with Netflix for a series of new projects. At long last, his first show for the streaming service, The Politician, is here, and it comes with a seriously star-studded cast. (Ben Platt, Lucy Boynton, Gwyneth Paltrow, Jessica Lange and Zoey Deutch are just some of the famous faces you’ll be seeing pop up). The first season follows Payton Hobart (Platt), who wants to be president of the United States. But first: conquering his high-school election.

Meet your new addiction, Riverdale fans. The beloved mystery series has found a new life as a soapy teen drama from the same American network that brought you the Archie Comics adaptation. The 2019 version follows the teen sleuth as her mother’s death derails her college plans, leading her to quit crime-solving. But then a socialite is murdered, and Nancy finds herself as the prime suspect in the crime, along with a group of teens. We dare you to solve the mystery before Nancy.

You thought The Politician cast was stacked, but let’s run through some of the major stars in Modern Love, shall we? The anthology series features appearances by: Anne Hathaway, Tina Fey, Dev Patel, Sofia Boutella, Julia Garner, Andrew Scott (that’s Fleabag‘s Hot Priest, to you), Cristin Milioti and Catherine Keener, just to name a few. The eight-episode series is based on the weekly New York Times column of the same name, and each episode will explore “love in its multitude of forms.” We might need the Kleenex for this one.

The superhero boom is coming to HBO this fall. Damon Lindelof (The Leftovers, Lost) adapts the popular, groundbreaking graphic novel of the same name, which is set in an alternate dystopian world where masked vigilantes, or “superheroes,” are treated as outlaws. But be warned, comic-book faithful: Lindelof has already said the series won’t be a direct adaptation, so prepare for some unexpected twists. Regina King, Don Johnson and Hong Chau are among the stars.

What do you get when you cast Reese Witherspoon, Jennifer Aniston and Steve Carell in a series about the behind-the-scenes drama of a popular morning news program? Only The Morning Show, our most anticipated series of the year, nbd. And the fact that it’s one of Apple’s first shows on their brand-new streaming service makes it all the more interesting.