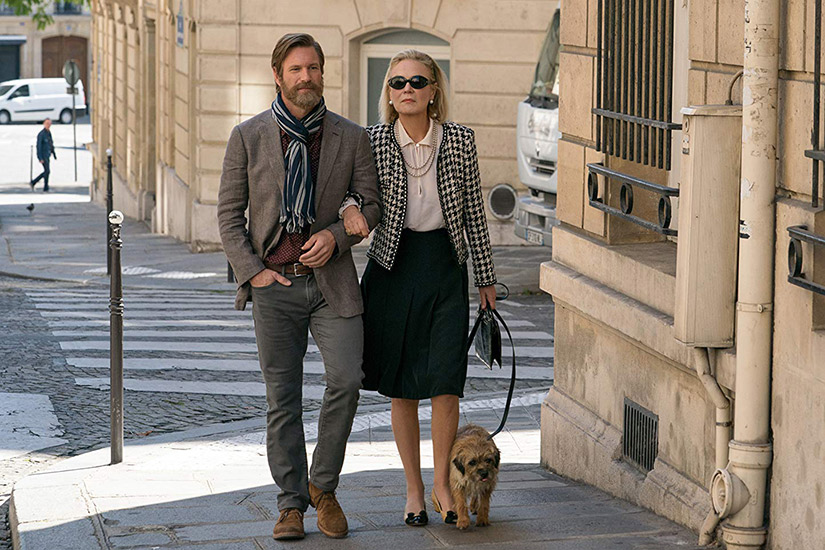 There’s not enough time in the day to get everything we actually need to do done, let alone watch all the TV we want to (seriously, we could use Hermione’s time turner). So, we’ve picked a few debuts that are worth fitting into your schedule. Let the binge-watching commence!

The cast of The Romanoffs—Mad Men creator Matthew Weiner’s return to TV—is so star-studded that it would take too long to name everyone. Diane Lane, Aaron Eckhart, Isabelle Huppert and Sterling Cooper alumni Christina Hendricks and John Slattery are just a few of the familiar faces you’ll see in this eight-episode anthology series. Each instalment tells separate stories about people who believe they are related to the Russian royal family. Plan accordingly: episodes drop weekly, so you won’t be able to binge the entire series right away.

Premieres: Two-episode preview on September 19 before premiering in its regular slot on October 4 on Global

Executive-produced by Amy Poehler, I Feel Bad stars Sarayu Blue (No Tomorrow) as Emet, a married mom of three who works as a storyboard artist at a video game company (hilariously) trying to accept that she can’t always be perfect. “That kind of pressure is debilitating for a lot of us,” Blue told us about the new sitcom. “And so to get to see it and laugh about it, it’s kind of a relief.”

Our favourite teenage witch gets the dark and campy Riverdale treatment in Netflix’s new supernatural drama, Chilling Adventures of Sabrina. Kiernan Shipka (Mad Men) stars in the Vancouver-shot series as Archie Comics character Sabrina Spellman, a half-witch, half-mortal trying to come to terms with her identity while fighting evil. You know, typical 16-year-old stuff. One thing’s for certain: this version will be quite different from the Sabrina we knew in the ‘90s, including the addition of a real cat to play Salem (as opposed to a puppet).

Blair Waldorf is back…sort of. Leighton Meester stars in Single Parents, a new sitcom following a group of, well, single parents, who take a dad (SNL’s Taran Killam) at their school into their fold after realizing his life revolves around his daughter’s a bit too much. New Girl creator Liz Meriwether and fellow New Girl writer/producer J.J. Philbin are the brains behind the comedy, so expect a lot quirky laughs.

Up-and-comer Olivia Cooke (Ready Player One, Life Itself) is Becky Sharp in the latest adaptation Vanity Fair, William Makepeace Thackeray’s beloved novel. The lavish, seven-part British import follows the anti-hero as she does whatever it takes to raise her social standing in 19th century England. The first episode of the period drama already aired on the CBC last week, but it’s well worth catching up.

If you watch one TV reboot this fall, make it Charmed. Like the original fantasy drama, the show follows three sisters who discover they are super powerful witches destined to use their powers for good. This new series, executive-produced by Jane the Virgin creator Jennie Snyder Urman, promises to be standalone from its predecessor, switching to a new location and telling the stories of three young women of colour.

We’ve been waiting for Camping to make its debut since it was announced that Jennifer Garner would star in mini-series, making it her first major TV role since Alias. Even more interest-piquing? The comedy—which tells the story of not-so-happy couple Kathryn (Garner) and Walt (David Tennant) on a meticulously-planned outdoor trip that goes awry—comes from Lena Dunham and Jenni Konner (Girls).