One thing you can count on with the Crawleys: They bring the drama. 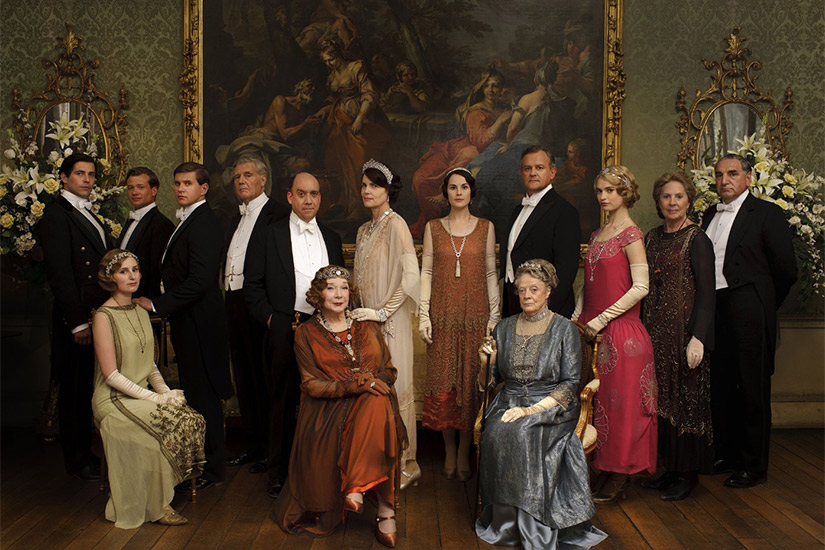 It’s been almost three years since we said goodbye to our favourite aristocratic Brits, but it’s looking like we’ll have an excuse to dig out our pearls and porcelain tea sets again: Downton Abbey is coming to the big screen. Shooting this summer and out sometime next year, the film will feature nearly the whole cast (minus Lily James, whose character, Rose, moved to America at the end of the series), and writer and creator Julian Fellowes will be at the helm again. (Phew.) The plot and timeline are still very much under wraps, but we’ve come up with a few ideas for storylines that would satisfy our craving for Downton hijinks.

We all cried rivers of tears for our beloved Matthew Crawley when he perished in a car crash at the end of season three. (How could you leave us, Dan Stevens?) One day, nearly 10 years later, Matthew’s doppelganger shows up at Downton – it’s his son, the product of an illicit affair with a maid who cleaned his dorm room at law school. (We’re picturing ethereally handsome Lucky Blue Smith in the role.) Matthew never knew about this offspring, but the young man, now 21, recently learned who his father was and is here to claim his rightful inheritance. Oh, and he’s hot as hell. (Of course.)

Violet “what’s a weekend” Crawley has been stealing scenes since the pilot. The dowager countess’ dry wit and superior air are hilarious, and she’s rattled off enough one-liners to inspire a line of slogan tees (IRL). And if we get our way, we’ll be able to add “giddy” to her list of traits, because her Russian prince, Igor Kuragin, with whom she had a dalliance 50 years earlier and nearly abandoned her husband and children for, returns. His wife has passed away and he is finally free to be with this true love. Cue moony looks, canoodling and the two of them leaving dinner parties early because they’re “tired.”

Cora finally has some fun

We always thought Lady Grantham was far too cute and smart and lovely for stuffy Lord Grantham. (And need we bring up that whole losing the family fortune thing? Oh, Robert.) But things are looking up for her – she’s got a hot young sidepiece, one of son-in-law Henry’s racing buddies. He’s obsessed with her twinkly laugh and American accent, and she’s obsessed with his abs.

The late 1920s bring the depression and the end of the golden era for wealthy families like the Crawleys. With the changing economy, they’re forced to take austerity measures: Staff who leave are not replaced; the ladies must wear the same dress more than once; childcare expenses are reduced by going down to just one nanny per kid; the family learn how to dress themselves; and they deign to eat domestic cheese rather than imported. Tough times.

A happy ending for Thomas

Everyone loved to hate Thomas Barrow. The snarky, scheming footman was forever betraying his fellow downstairs workers and even the Crawleys (who somehow never seemed to catch on to his nefarious ways). We learned early on in the series that he was a closeted gay man, which, we could assume, contributed to his nastiness. But towards the end of the final season, he became a more sympathetic character, displaying genuine kindness and honesty. So we think it’s time Thomas finds love. Perhaps a handsome young footman? Or, let’s set our sights higher: an eligible local gentleman?

Anna and Bates are left alone

Finally, and this one is most controversial (and unlikely) of all: Nothing bad happens to Anna and Bates. That’s right, for the first time in the series, neither of them is attacked, schemed against, tripped, charged with murder, mocked or threatened with the revelation of secret dark pasts.