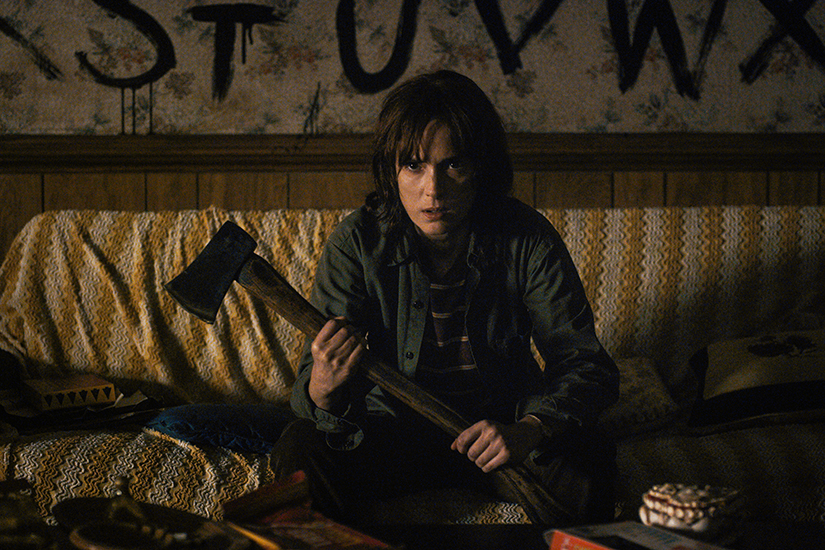 First of all: Winona’s back everybody! (Pause for wild applause).

Ms. Ryder is returning to the small / laptop screen in a brand new series on Netflix, Stranger Things, which premiered July 15. The show—if you can’t tell from the image above—is super scary, suspenseful and a total 80’s nostalgia-fest. Set in a tiny town in 1983, it starts with the disappearance of a child…and well, things just get weirder and weirder from there.

We’ve got the inside scoop on a few things you might not know about the show…before you rush out and buy a night light.

The actress had a very specific vision for how her character’s coif should look: Exactly like La Streep’s 80’s tastic style in the movie Silkwood.

Millie Bobby Brown (no spoilers here) plays a rather…unusual little girl on the show, and the role required that she shave off all her hair. The 11 year old was initially resistant, but was persuaded when the producers showed her Charlize Theron’s crazy cool bald head for Mad Max: Fury Road.

One of the other child actors, Gaten Matarazzo, went through a certain life transition (aka puberty) during the show – and his voice actually changed so much by the time filming ended that they weren’t able to use him for any of the post-production audio dubbing.

All of the boys on the show had to audition with scenes from the classic 80’s film.

All of the writers on the show watched quite the list of essential viewing from the decade—everything from Nightmare on Elm Street to E.T.—to really get the right vibe.