5 Things We Learned From the set of Mary Poppins Returns

We got the scoop from stars Emily Blunt and Lin-Manuel Miranda. 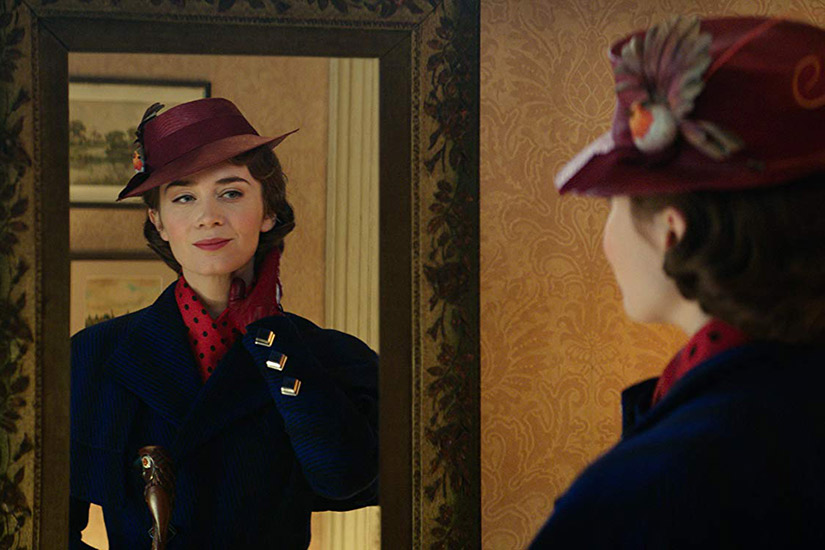 Mary Poppins Returns has been a long time coming for us superfans—and not just because it’s been 54 years (!!) since the Julie Andrews classic came out. We’ve been eager to revisit the life of our favourite, practically perfect magical nanny since it was announced that Emily Blunt would be picking up Mary’s iconic umbrella. Adding to our excitement? We visited the movie’s London set in April 2017 for a sneak peek at the much-anticipated sequel.

In Mary Poppins Returns (in theatres December 19), Blunt’s Mary returns to the Banks family to—with the help of her friend Jack (Lin-Manuel Miranda)—find the joy missing in their lives after a personal loss. Meryl Streep, Colin Firth, Emily Mortimer and Ben Whishaw round out the cast, with OG star Dick Van Dyke making a cameo in the film. Here are 5 things we learned from the cast.

1) Like almost everyone, both Emily Blunt and Lin-Manuel Miranda love the original Mary Poppins

Blunt puts it best: “I watched Mary Poppins like the rest of the world and remember being so moved by it; moved by that idea of this incredibly capable, magical person coming in and sweeping everything up and making it right again.”

Miranda, for his part, said he rewatched the film over and over again as a child, but revealed one surprising thing. “I didn’t see the end of the movie until I was an adult. [“Feed the Birds”] was so sad, I would burst into tears and make them turn off the VHS.”

2) Blunt tried to think of it like any other role

Stepping into someone else’s shoes for a role can be really daunting, especially when it’s a character as iconic as Mary Poppins. But Blunt says she didn’t approach the role any differently, and just focused on the script and making Mary her own. “But when I’m leading the charge in front of 300 bicycles outside Buckingham Palace, I was like, ‘I’m Mary Poppins,’” the Brit adds. “And that’s mad.”

Mary Poppins Returns isn’t the first time Blunt has worked with director Rob Marshall—the two previously teamed up for fantasy-musical Into the Woods, in which Blunt plays the Baker’s Wife. During our set visit, the actor admitted she now viewed that experience as a practice run for her latest role. “I was very nervous about [Into the Woods] because, at that point, I really had not sung in front of people. But now I know what it’s like to work with Rob Marshall—he only wants you to feel involved and confident,” she says. “In this case, the songs were tailor made for me and my own abilities. The acting I love, the dancing wasn’t terrifying. It was really, really cool.”

Miranda, of course, is the creative mastermind behind historical hip-hop-musical Hamilton. Doing a movie musical after an acclaimed Broadway run seems like a natural next step for Tony Award winner, but it wasn’t without its difficulties. “It’s enormously fun—Rob Marshall is one of the great director-choreographers of all time,” he says. “But the disconnect for me, having just come out of a year on Broadway, is finishing a number and waiting a year and a half for applause. That’s a long time to wait.”

During production, Blunt was impressed with some of the locations they filmed at—including a very regal setting. “She sort of represents nostalgia, particularly in England. And apparently, that’s why we were able to get a lockdown on some of our amazing locations,” Blunt says. “I said to Rob Marshall, ‘How did you get this location outside Buckingham Palace?’ and he said, ‘Two words: Mary Poppins.’ And it’s true—it’s like James Bond.”