5 Things To Know About the New Fashion Series Stitched

The cast of Stitched, TV's new fashion-design competition, shares what audiences can expect from the show. 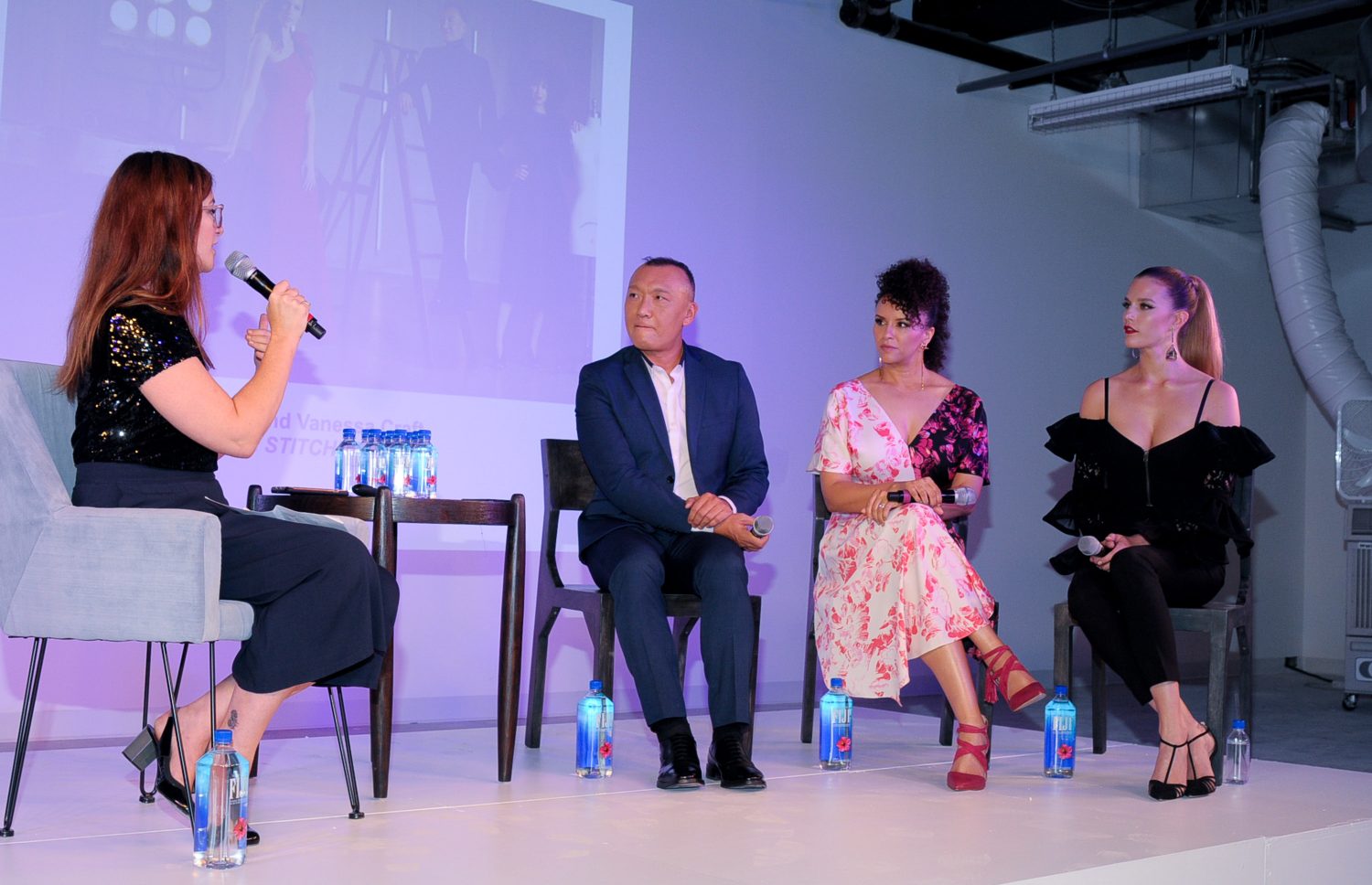 In addition to the sneak-peek, the cast of the show — host and model Kim Cloutier, style expert Joe Zee and ELLE Canada editor-in-chief Vanessa Craft — joined Donna Bishop for a live taping of the Fashion Talks podcast.

Stitched brings together talented designers from all over North America to compete in challenges that will test their skills and creativity. Designers are eliminated one-by-one and in the end leaving a top creator who will win a $10,000 prize. The series premieres on September 9.

Before you watch, here are five things that you should know about the show.

1. The contestants are super diverse.

“There were costume designers. There was a puppet designer. People that were taught off of YouTube. For us, it was really great to see the juxtaposition of different generations and different levels of experience coming together.” — Vanessa Craft, judge and editor-in-chief of ELLE Canada

2. Even the judges were surprised by the level of talent.

“We’re seeing designers that I recognize because I’ve sat at their shows. I’ll sit down and be like, ‘I know this person. Is this OK?’ That was the calibre of the designers coming in to construct garments under this incredible pressure. I was really impressed with the level of experience of the people on the show.” — Vanessa Craft, judge and editor-in-chief of ELLE Canada

3. It will get emotional.

“It’s fun to see the process and to see them be so excited with their creation because it’s their baby. They’ve been working on it for a long time so it’s very joyful to be a part of something like that.” — Kim Cloutier, host and model

4. The audience is also a part of the show.

5. The show is a glimpse into a designer’s creative process.

“When they actually see how it’s come to life through the creative process of the designer, from a bolt of fabric to execution to concept, it’s kind of amazing to see life being breathe into something you never thought could happen. We have sat at thousands of fashion shows but to see the kind of talent, the kind of creation that we witnessed on this program was mind-blowing.” — Joe Zee, judge and style expert