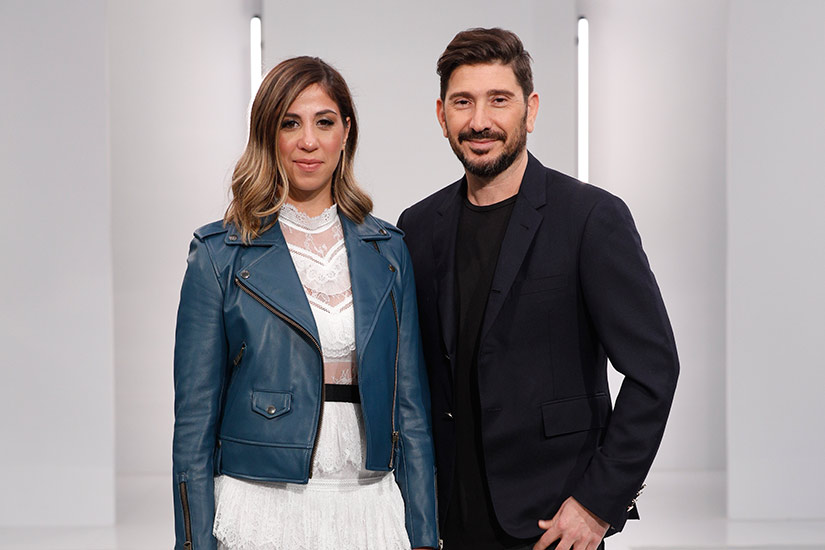 In the latest episode of Stitched, the designers were challenged to put their personal spin on a piece of men’s outerwear. To make the situation even more nerve-wracking? The contestants had to present to a panel with two seasoned experts. Joining resident judges Joe Zee and ELLE Canada editor-in-chief Vanessa Craft was Eran Elfassy and Elisa Dahan of Canadian outerwear label Mackage. Since launching in 1999, their contemporary and innovative designs are now sold in over 20 countries worldwide. Here are five things you might not know about the brand behind your favourite coat.

3. Sofia Richie starred in the brand’s fall 2018 campaign, which was shot in Vancouver.

4. Stitched host Kim Cloutier lists their moto jacket as one of her favourite fashion items.

5. Mackage has also felt the effects of the “Markle Sparkle.” The duchess has been spotted in the brand’s leather jacket and wool coat.