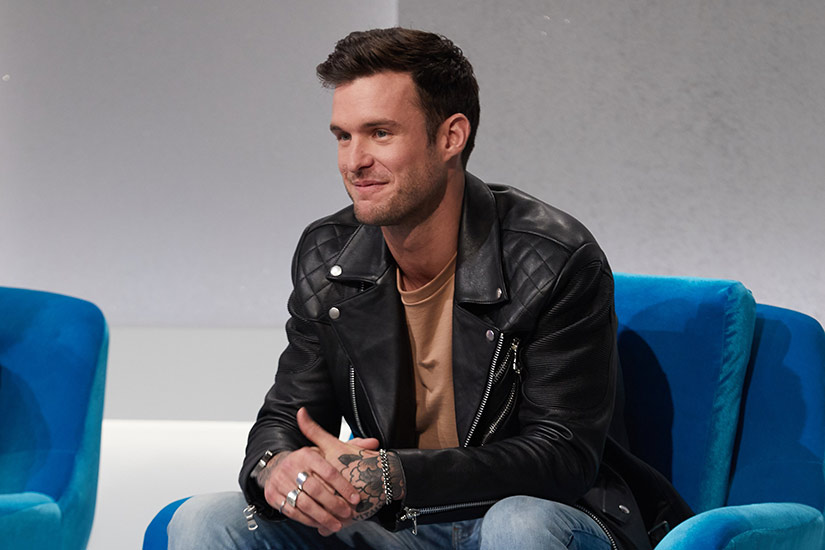 The fifth episode of Stitched challenged the contestants to create a stand-out design — using only camouflage prints. The difficulty level increased from there as designers used their skills to make two more outfits, one made out of moving supplies and the other inspired by rock ‘n’ roll. Joining resident judges Joe Zee and ELLE Canada editor-in-chief Vanessa Craft was guest judge Shane Vitaly Foran of the clothing and accessories label VITALY.

Here’s what he to say about the pressures of judging and being on the other side of the table.

“My experience on the show was a little surreal but really great. Sitting alongside Joe and Vanessa was a ton of fun and definitely inspiring. They were really welcoming and accommodating and just made the whole experience awesome. I was also blown away by what the contestants were able to do under so much pressure and in such a crazy time crunch.”

“I think the closest experience I’ve had was being on Dragon’s Den pitching Vitaly many years ago. The major difference of course being the fact that I was pitching and being judged. Sitting on the other side of the room was an entirely new kind of thrill — it was exhilarating. At the same time, I could definitely empathize with the stress and pressure the contestants were feeling.”

What was your favourite part of the experience?

“My favourite part of being on the show was when Joe or Vanessa would disagree with me or vice versa. They seemed to get a kick out of it and I loved joking around with them on that level.”

Were there any challenging moments for you?

“I think the most difficult thing was trying to clearly and concisely explain my thoughts. I felt like I always had a million thoughts running through my head and it would honestly take a zen-like state to get it all out without stumbling.”

What were the most memorable moments for you on the show?

“The most memorable moments for me were the on air disagreements with the other judges. I genuinely enjoyed it and I think that was in large part because they seemed to enjoy it as well. Coming from a lifestyle and streetwear background, I think it was only to be expected that we would often land on different sides of things, but I think that probably only lent to a more interesting dialogue. Outside of that, I was just incredibly impressed by the talent that the contestants brought to the table. Their ability to perform under that kind of stress, while working at the level they did, is a testament to the great things they’ll do in the future.”