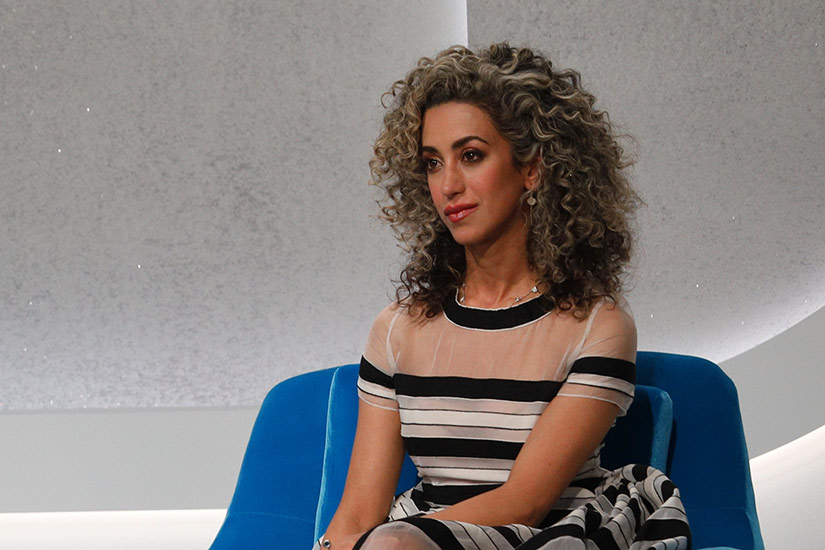 Designers brought the heat to the runway in the fourth episode of Stitched. Following challenges which only allowed contestants to use denim and hardware store materials for their garments, the final two raced against the clock to create a fire-inspired look. Joining resident judges Joe Zee and ELLE Canada editor-in-chief Vanessa Craft was guest judge Nikki Wirthensohn Yassemi of Toronto label Narces, known for romantic and glamorous evening and bridal wear.

Here’s what she had to say about her judging style and why contestants should stay motivated.

On how her background as a buyer influenced her judging.

“I’ve always been in that mind frame that you’re servicing to customers, responding to a need. A lot of my commentary was around how sellable is this product, how financially viable is this business if you’re building it around this product. The other thing is, having said all of that, when it comes to design and art, beauty is in the eye of the beholder. [Even if] that’s not financially viable, I think there’s a niche you can create. [The comments are] constructive and if [the contestants] can learn from that, that’s great but I don’t think they should see it as a final verdict. You could always create and open up a little market of your own vision.”

On what the show means for the Canadian fashion industry.

“While I’ve been to so many different countries and I’ve lived in quite a few, Canada’s home to me so you always want your passion to have a home. It’s great every time when there’s something developing — you’re rooting for that. The more exposure this industry gets, the better it is.”

On what she hopes contestants will take away from the experience.

“The biggest thing is that the people who don’t win the competition, they shouldn’t be discouraged. I’ve been in a competition where I didn’t win and it actually encouraged me more than maybe winning could have. If this is what you want to do, if this is what makes you happy and you want to grow with it, go for it. Don’t let three people on a panel decide your fate. At the end of the day, that’s a sample size of three. Sure, we represent some experience in the industry but in the end, I feel like each of the contestants decide their own future.”