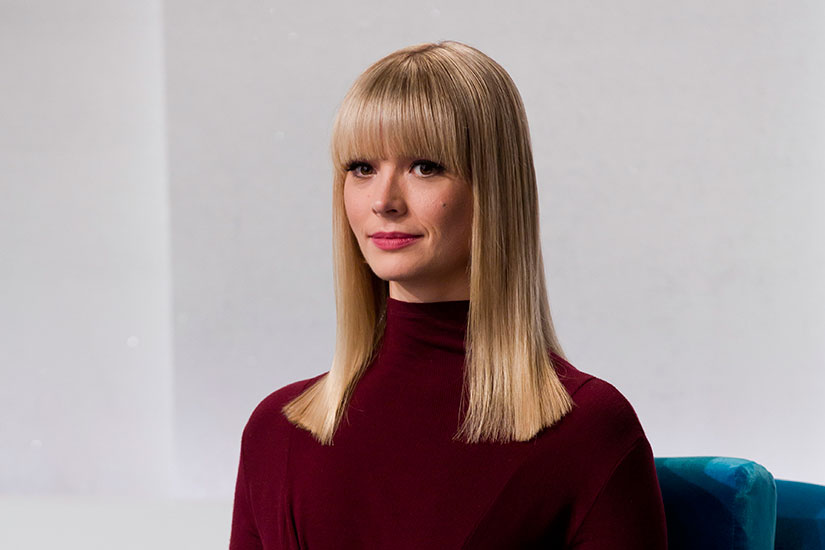 How do you create a garment with no needle, no thread and no sewing machine? In the second episode of Stitched, that’s what four talented designers had to figure out — and fast — to advance to the next stage of the competition. The final challenges had designers create a look based on an old photograph of themselves and a sea-inspired garment. Joining resident judges Joe Zee and ELLE Canada editor-in-chief Vanessa Craft was guest judge Mosha Lundström Halbert, a fashion director and co-founder of Therma Kōta, an Canadian-made, Nordic-inspired outerwear brand.

Here’s what she had to say about being on set, the importance of mentorship and seeing the behind-the-scenes of a designer’s creative process.

How did you find your experience on the show?

“It was a very full-scale production. As someone who has some reality or game show guilty pleasures, it’s amazing how little I knew about what actually goes into the making of these kinds of programs and just the levels that they go to to keep things a secret and to keep the contestants and the judges apart to help build a bit of tension. It was quite fascinating to see how there were so many different moving parts and people orchestrating the whole thing.”

How did you approach being a judge?

“What I think is so great about Stitched is that a lot of the other judges are designers. I’m kind of a bit of a hybrid. I’m very sensitive to not wanting to kill someone’s creative spirit and just being respectful of the fact that everyone tries their best and everyone tries hard. I had so many incredible mentors in my career. When I see new, emerging talent mentoring them, encouraging them, giving positive feedback is something that I really enjoy doing.”

What was the best part of being on the show?

“I loved hearing the designers speak about their creations and what went into it. I loved the honest moments too, when some of the creative choices or the design and aesthetic choices were just the result of lack of time. That’s something that even if you’re not in a game show with a ticking clock, we all have to deal with. We’re all beholden to deadlines of some kind and so I really appreciated when they were able to just be honest about something they wish they had done differently or that they only did because they ran out of time.”

What was the most inspiring part of this experience?

“What I loved about this show is that much of the time it’s so easy to forget when I go to fashion shows and there’s a bit of a remove between what you see on the runway and the designer who made it. The designer’s backstage and they only come out at the end for a short bow. They’re not talking you through their creative process whereas with this show, that’s what was happening so it really gave me a better insight into what they were doing and made me just a bit more compassionate for why they’d made the choices they made. Even if sometimes I’d look at a piece and not find it particularly successful, once they would talk to me a little bit about it, it was amazing how my opinion would morph a bit.”