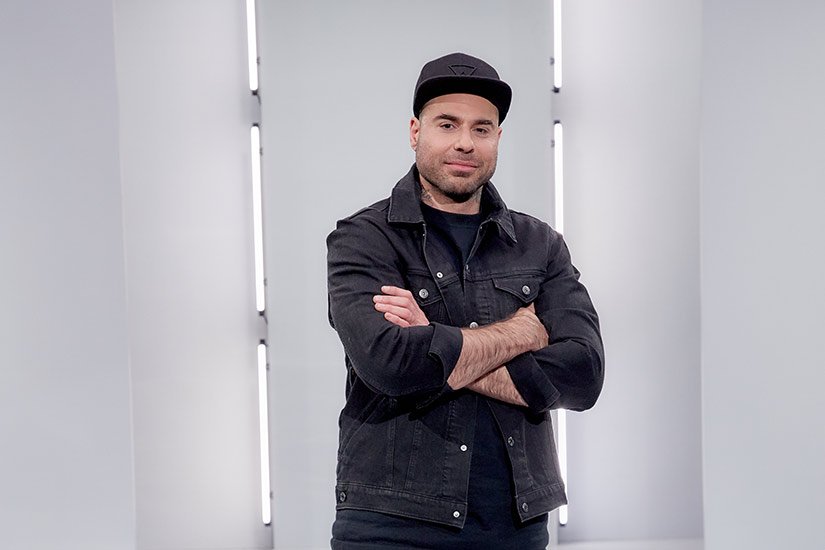 In a fashion competition where there are four contestants but only one winner, designers will either sink or swim — a point emphasized by the first challenge in this episode of Stitched which saw designers scramble to create a nautical-themed look. Joining resident judges Joe Zee and ELLE Canada editor-in-chief Vanessa Craft was guest judge Mikhael Kale, a Canadian designer known for his conceptual, streetwise approach to fashion. In a series of rapid-fire questions, here’s what he had to say about his time on Stitched.

“It was an incredible honour to be part of the panel alongside Joe and Vanessa, and a privilege be part of a Canadian program that celebrates and promotes emerging fashion talent.”

“Experiencing Vanessa’s and Joe’s reactions to the contestants. Most of all, I learned not to mess with Vanessa!”

What was the most difficult or challenging?

“Critiquing the work of contestants knowing that it takes more time to develop a design.”

Can you share any memorable moments from your episode?

“Vanessa telling me to pull my s**t together when I was getting too wrapped up in the anxiety and emotions of the contestants.”

“How difficult it is to conceptualize and produce a garment in general, and especially under such time constraints.”