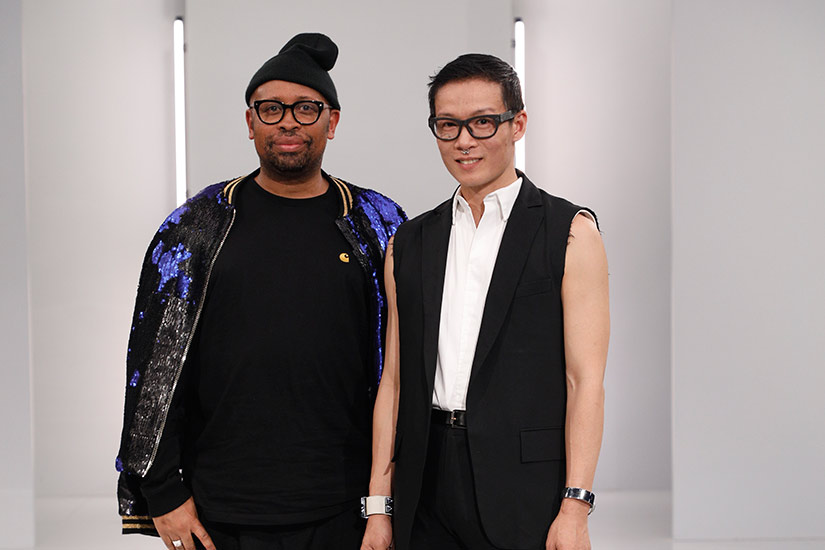 In the latest episode of Stitched, the designer contestant were challenged to find inspiration from a place where few have ever been — outer space — in a true test of creativity and imagination. Joining resident judges Joe Zee and ELLE Canada editor-in-chief Vanessa Craft were guest judges Kirk Pickersgill and Stephen Wong, the duo behind Toronto-based womenswear label Greta Constantine. In a series of rapid-fire questions, here’s what Kirk had to say about his time on Stitched.

“It was very interesting. I have a new appreciation for talk show hosts, broadcasters, and certainly reality television stars! The cameras and microphones capturing everything you say and do took some getting used to, but overall a genuinely fun experience.”

What was the best part of being on the show?

“Seeing all of these distinct moving parts come together. It felt no different than a fashion show seeing so many different individuals working together for the common goal, except that ours happen twice per year while the crew had to do so week after week! Each member of the team was exceptionally kind and professional. Entertaining in every way!”

What was the most inspiring part of the show?

“The designers with their dedication and determination. It brought us back to when we first started.”

What were the most difficult or challenging parts of the show?

“The critiques — you never want to be mean or make someone feel bad, but also can’t be nice for the sake of feelings. Constructive criticism is an art form!”

Any stand-out or favourite moments from your experience?

“The conversations in the makeup room. You can only imagine!”

What do you hope audiences take away from the show?

“Dreams do come true but only with hard work and an unending commitment to your craft.”