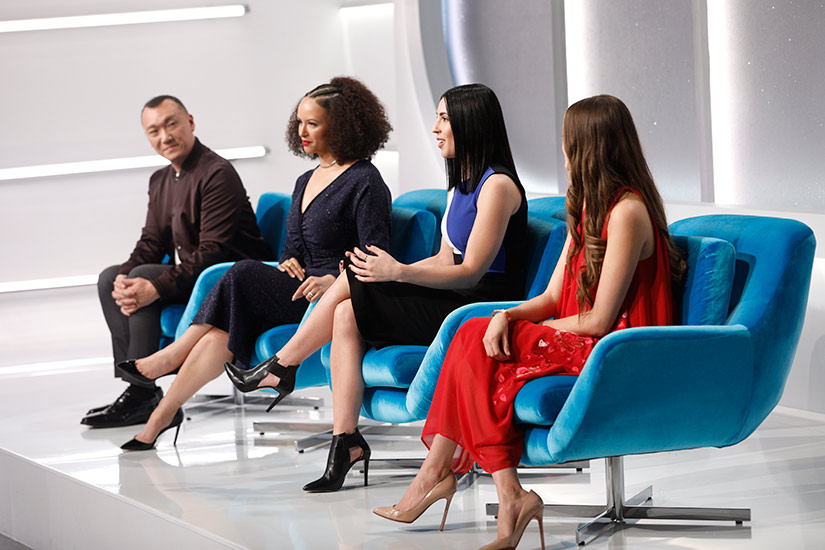 In the latest episode of Stitched, the designer contestants were challenged to feature fringe, create a garment worthy of a style influencer and dress their version of a snow queen. Joining resident judges Joe Zee and ELLE Canada editor-in-chief Vanessa Craft was guest judge Caitlin Power, a Toronto-based designer who combines classic tailoring and architectural details for an elevated take on womenswear.

Here’s what she had to say about her first time on set and how the show will inspire audiences.

Was there any part of being on the show that surprised you?

“This was my first time on set so understanding that we would be filming for maybe 20 minutes and then the judges were able to leave and but the designers had to continue to work on their designs. And when we came back the next morning, the designers would still be working. It doesn’t stop just because some [people] stopped working; the designers still have to continue.”

What was your favourite challenge in the episode and why?

“The fringe challenge. That was interesting because fringes are pre-constructed trims so it’s interesting to use and to make it look different in the design. I think the designers really brought something new and different in each of their designs using that trim.”

What do you hope audiences take away from the show?

“Just to get inspired. I’ve watched a couple of episodes and I was actually really inspired by the designers. One of them even said he knows that he’s in the right spot today because he won this competition and it was just like a pat on his back saying, ‘You’re doing this, you’re in the place you need to be today.’ I think it’d just be very inspirational.”