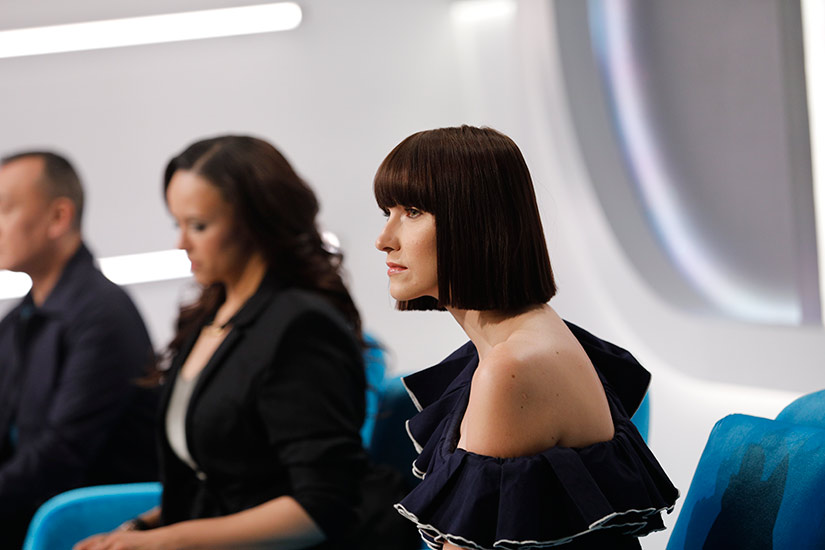 This week, the latest episode of Stitched featured yet another unconventional material. The four designer contestants were challenged to create looks inspired by athleisure, flowers and paper — yes, you read that right — in a competition that kept everyone, including the judging panel, on edge until the very last minute. Joining resident judges Joe Zee and ELLE Canada editor-in-chief Vanessa Craft was guest judge Ania B, a former model turned blogger and social-media influencer. This was her first television experience, and it was made extra memorable by a bit of drama during judging — but you’ll have to watch the episode to find out what happened.

Here’s what she had to say about picking her favourites, the subjectivity of style and getting to know the designers behind some of our favourite Canadian labels.

On the struggle of eliminating designers.

“It was really hard not to subconsciously pick a favourite. There was a contestant I really loved but we let her go, and I was just so sad. Objectively, what was shown was just not on par with the others, and at the end of the day that’s what you’re judging. Obviously they’re all talented, but you aren’t looking at their entire body of work, only how they performed on that particular challenge.”

On judging from a different perspective.

“You want to be as constructive as you possibly can in a very short amount of time. Fashion and style is a very subjective thing — everybody has their own. I was there judging as an influencer, a blogger and a super-consumer who’s going to the store to buy these items and photograph them for my blog or channel, so I’m looking at them in a completely different way.”

On getting to know the designers behind the label.

“I really loved that so many of the guest judges are Canadian designers and that we get to see their personalities a little more. I especially liked that there are four contestants and a winner in every show. It’s just a nice idea that so many people will walk away from it with an amazing experience. Hopefully it’s a starting point for launching a brand or helping them grow their business.”

On bonding with fellow judges Vanessa Craft and Joe Zee.

“Between filming, Vanessa and Joe had put on Showgirls in the green room. That was the first time I’d seen the movie, and now I’m always going to associate it with those two. I actually didn’t finish watching it, so I’m just going to wait for the moment when we can all watch it together again.”