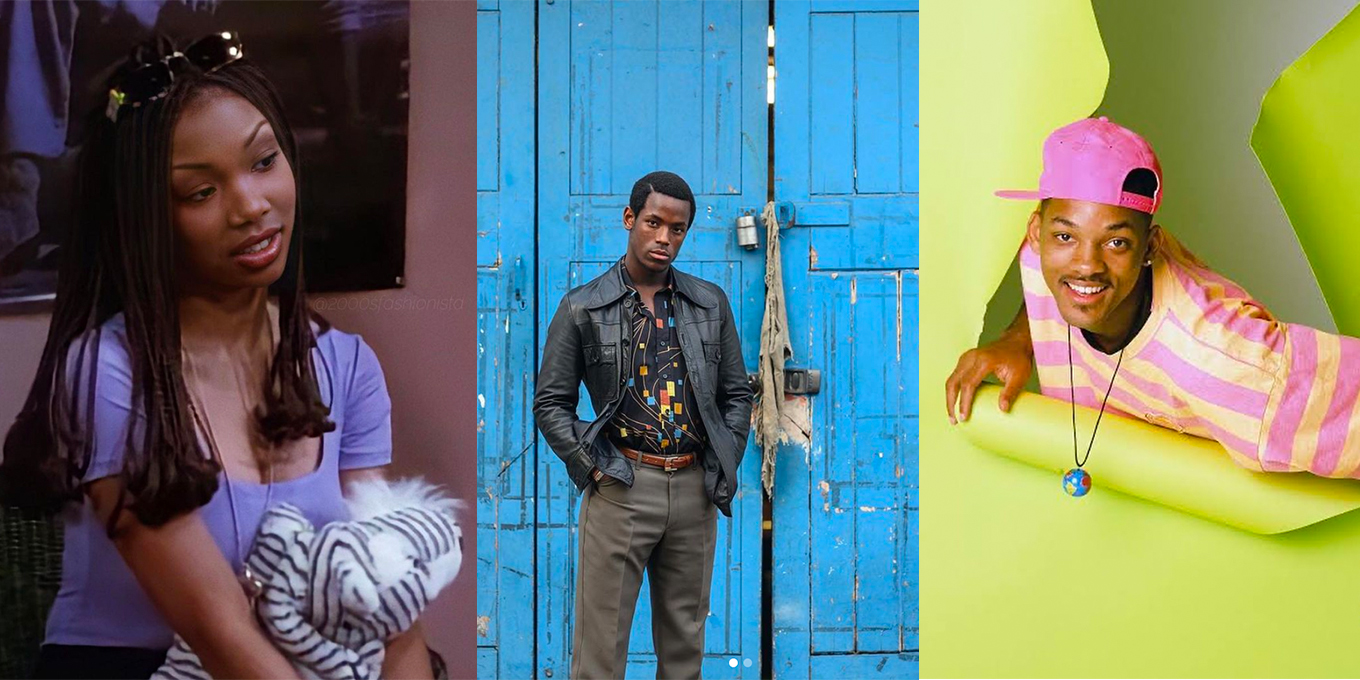 You won’t be able to look away from stars Viola Davis and Chadwick Boseman (in his final on-screen role) thanks to their powerful and captivating performances in the film adaptation of this August Wilson play. Set in 1927 Chicago, the movie follows acclaimed blues singer Ma Rainey (Davis) and the tensions that arise between her and her band during the fraught recording sessions for her new album.

She’s Gotta Have It (Netflix)

Award-winning filmmaker Spike Lee’s first feature-length movie (he also has a role in the romantic dramedy) follows Nola Darling, an ambitious and confident young woman living in Brooklyn, as she explores relationships with three very different men. (Note: There is an upsetting rape scene in the film that even Lee has said he regrets including.) Lee later teamed up with Netflix to create a two-season TV series adaptation of the film, so you can have a lot more Nola Darling in your life.

Is there anything more comforting than a multi-season sitcom about a group of BFFs who quickly begin to feel like your own pals? We think not – which is why it was so exciting when Netflix added Girlfriends, a popular comedy led by Tracee Ellis Ross about a group of four friends experiencing life together, to its streaming library a few months ago.

Brandy may be most recognized for her Grammy-winning music (not just anyone can sell more than 40 million records worldwide), but her classic sitcom, Moesha, cannot be overlooked. There’s a reason, after all, that the series became one of the biggest hits during its run in the late ‘90s and is more than worthy of revisiting – or binge-watching for the first time: The multihyphenate starred in the titular role of the series as an L.A. teen dealing with the challenges and issues of everyday life.

Anything that award-winning filmmaker Steve McQueen makes is essential viewing, so the fact his latest project, Small Axe, is a five-part anthology series that’s readily available in its entirety to stream at home is a special treat. Each installment of the series – which features stars like John Boyega and Letitia Wright – tells a different story about the distinct lives of West Indian immigrants in London, taking place at different times throughout the 1960s to the 1980s.

Regina King made waves (and earned plenty of early awards-season buzz) when her directorial debut, One Night in Miami, hit the movie festival circuit last year, and now it’s finally available to stream. Adapted from the play of the same name, the compelling drama is about the fictionalized events of a February 1964 meeting between icons Malcom X (High Fidelity’s Kingsley Ben-Adir), Muhammad Ali (Canadian Eli Goree), Sam Cooke (Hamilton’s Leslie Odom Jr.) and Jim Brown (Underground’s Aldis Hodge) as they discuss what it means to be Black men in the public eye.

Barry Jenkins’ followup to his Oscar-winning film Moonlight is the intimate and moving adaptation of James Baldwin’s novel If Beale Street Could Talk. The romantic drama tells the love story of a young couple, Tish (KiKi Layne) and Fonny (Canadian Stephan James), in 1970s Harlem whose life plans are derailed when Fonny is wrongfully accused of raping a woman.

Every once in a while, you come across a hidden gem while scrolling through seemingly endless streaming content libraries. Coming-of-age drama Selah and the Spades is one of those jewels. The Heathers-esque movie follows five cliques who rule their prestige boarding school, and at the top of the hierarchy sit the Spades. Now a senior, Selah has been a steadfast leader of the faction, but is facing a major replacement: Someone will need to take her place once she’s gone, and she doesn’t exactly have a wealth of options.

Michaela Coel made the buzziest show of 2020 with her moving and tense comedy-drama I May Destroy You. Go back to where it all started for Coel with the first TV series she created (based on a play that she also wrote), Chewing Gum. The hilarious series follows Tracey (Coel), a 24-year-old young woman from a religious background who is determined to have sex for the very first time.

Back in 2007, writer and actor Trey Anthony and Ngozi Paul became the first Black women in the country to create a comedy series in Canada. Adapted from Anthony’s play of the same name, Da Kink In My Hair centres on Letty’s, a hair salon in the heart of Toronto’s Caribbean community, following the lives of the women who work there.

No collection of movies and TV shows is complete without at least one romcom. Enter The Best Man, the 1999 classic (which, okay, is technically a romantic dramedy) that stars Taye Diggs as Harper, an up-and-coming writer who travels to NYC to reunite with his college friends for a wedding (at which he is the best man). Of course, years-old secrets come out and drama ensues. Perhaps best of all is the movie’s all-star cast: Nia Long, Morris Chestnut, Sanaa Lathan and Regina Hall are just some of the celebs who share the screen with Diggs in the flick.

Somehow, we don’t appreciate Queen Latifah enough. Even though she’s had a huge presence in both the music and film industries, she remains underrated. Her dazzling performance in Bessie, in which she stars as iconic blues singer Bessie Smith, is just another reminder of this. Written and directed by award-winning filmmaker Dee Rees, the biopic follows Smith’s transformation from a struggling singer to “The Empress of Blues” and will leave you wanting to rewatch everything in Queen Latifah’s filmography.

The Fresh Prince of Bel-Air (Crave)

Do you even need a reason to revisit the iconic family sitcom – about a street-smart teen from Philadelphia who is sent to live with wealthy family members in Bel Air – that gave us Will Smith’s acting breakout? Of course you don’t. It’s on Crave, ready for countless rewatches.

There is, arguably, no such thing as a perfect movie, but Gina Prince-Bythewood’s directorial debut, Love & Basketball, comes pretty close. The romantic sports drama follows Monica (Sanaa Lathan) and Quincy (Omar Epps), two neighbours who both want to be professional basketball players and explore their complicated relationship with each other as they pursue their goals. The seminal film hits Crave on February 4, so consider it an early Valentine’s Day gift.

In the mood for a laugh? Look no further than A Black Lady Sketch Show, created and starring Robin Thede and executive-produced by Issa Rae. Each episode is made up of LOL-worthy sketches and features incredible guest stars – like Rae, Angela Bassett, Laverne Cox, Kelly Rowland and Lena Waithe. The only downside? You’ll love the first six-episode season so much, you’ll be waiting for the second season in a not-so-patient manner.

Read more:
18 BIPOC TikTok Creators You Should Be Following
The Coolest Girl in Hollywood
Inspirational Black Canadians To Know