To honour Black culture and history all year long, we have curated a list of different types of films that should be on your watch list! 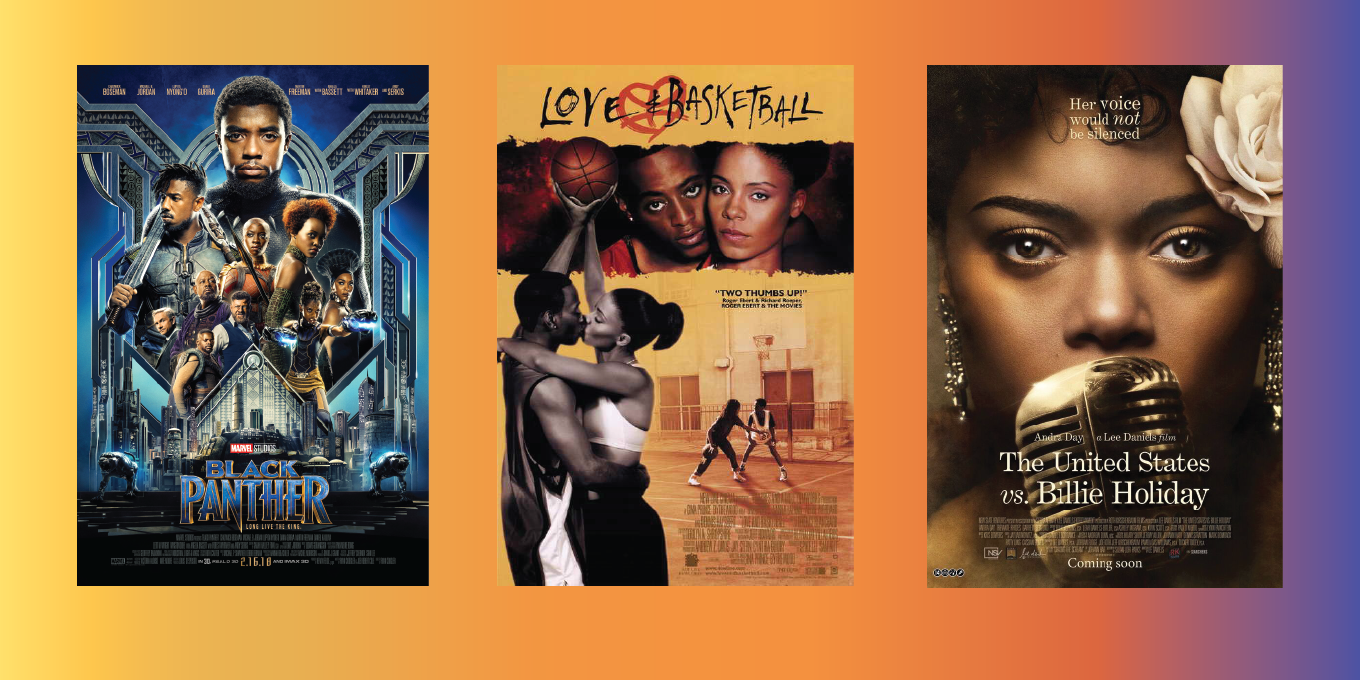 Every February, Black History Month shines a spotlight on celebrating and honouring the legacies of the Black trailblazers who paved a way for the next generation as well as help everyone learn about Black culture. While movies like Selma, 13th and 12 Years a Slave are the ones on  the top of everyone’s list, there are several other gems that not only shine the light on Civil Rights pioneers and confront systemic racism and prejudice, but also celebrate Black joy and Black artists.

Black Panther broke several records as the first big budget film to have a Black director and a predominantly black cast. The late Chadwick Boseman stars as T’Challa, who returns home to the African nation of Wakanda to take his rightful place as king after the death of his father. The stellar cast also includes Michael B. Jordan, Lupita Nyong’o, Danai Gurira and Letitia Wright.

The Hate U Give

This one is a powerful and moving film on police brutality and systemic racism through the eyes of a 16-year-old. Based on the book by Angie Thomas, it follows Starr Carter, who witnesses the fatal shooting of her childhood best friend at the hands of a police officer. The film stars Amandla Stenberg, Regina Hall, Anthony Mackie, Issa Rae, Russell Hornsby and Common.

One Night in Miami

Where to watch: Amazon Prime Video

The Harder They Fall

Michael B. Jordan, Jamie Foxx and Brie Larson star in the powerful true story of Harvard-educated lawyer Bryan Stevenson (Jordan), who goes to Alabama to defend the disenfranchised and wrongly condemned. His client is Walter McMillian (Foxx), a man sentenced to death despite evidence proving his innocence. This film also played at TIFF and opened to rave reviews.

The Princess and the Frog

This was one of the first Black princesses to be introduced by Disney in 2009. The animated film gave us Tiana (Anika Noni Rose) who dreams of her restaurant in New Orleans but after she kisses a Prince-turned-frog (Bruno Campos), she turns into a frog as well.

A classic rom-com, this sports drama was written and directed by Gina Prince-Bythewood. Our lead characters Monica and Quincy fall in love with each other and the game of basketball while battling together life challenges from childhood to adulthood. The film stars Sanaa Lathan, Omar Epps, Regina Hall and Gabrielle Union.

The United States vs. Billie Holiday

This award-nominated film follows jazz singer Billie Holiday during her career as she is targeted by the Federal Department of Narcotics with an undercover sting operation led by black Federal Agent Jimmy Fletcher, with whom she had a tumultuous affair. Directed by Lee Daniels, this stars Andra Day, Trevante Rhodes and Tyler James Williams.

Where to watch: Crave