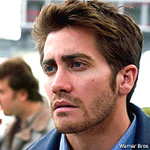 With Valentine’s Day long gone and the chill of winter still upon us, what better way to shake off the torpor that comes from eating one too many chocolate boxes, than to indulge in some nail biting films that will have you trembling on the edge of your seat? Thankfully, March has a slew of interesting offerings that feature a barrage of serious star power in some unexpectedly dark roles.

Jim Carrey hangs up his funny man persona to take on a role quite unlike anything you’ve seen him in before. Carrey plays loveable dogcatcher Walter Sparrow, a good-natured family man whose world is turned upside down when he starts reading the book, The Number 23. When Sparrow starts seeing himself in Fingerling, the book’s brooding main character, his world quickly begins to unravel. Director Joel Schumacher’s twenty-third directorial effort brings attention to the unusual lore around the number 23 and the maddening toll it takes on Sparrow and his family. Creepy, thought-provoking and chock full of sharp twists and turns, this unsettling little gem will have you obsessing over numbers long after you’ve left the dark of the theatre.

Cutie pie Jake Gyllenhaal takes on challenging territory in David Fincher’s chilling true crime thriller based on the ultimate cold case: the ’70s Bay Area Zodiac killings. Gyllenhaal stars as Robert Graysmith, the real life San Francisco Chronicle cartoonist whose ability to crack the Zodiac killer’s ciphers eventually became his life’s work. Fincher treads on volatile territory given the fact that the Zodiac murders have never been solved to date. Standing outside the norm of Hollywood convention, Fincher redefines the genre of the murder mystery to stunning results. Combining investigative shades of All the President’s Men with the dark, creepy energy of the brilliant Seven, Zodiac is a haunting, super-charged exploration into obsession. With stellar performances by a virtuoso cast, most notably — Robert Downey Jr. — Zodiac will surely go down as an instant classic.

America’s sweetheart Sandra Bullock takes a vacation from her Miss Congeniality persona in the creepy paranormal thriller, Premonition. Bullock stars as Linda Hanson, the housewife who has it all: the perfect husband, children, and home. Her domesticated fairytale existence is quickly snuffed when she learns her husband has died in a horrible car accident. Yet things get stranger when she awakens the next day to find none of these events have taken place and it was all just a vivid premonition. Slowly Linda learns that she’s living the days of her life out of order and must race against time to prevent this tragedy from happening. With shades of a surreal Groundhog’s Day mixed with The Lake House gone creepy, Premonition is a supernatural jaunt into the world of domesticated bliss gone terribly awry.

Find out where celebrities party in Vancouver!