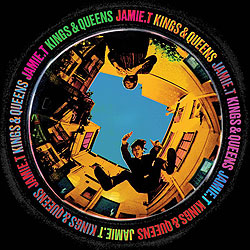 With a new year comes fresh new ideas and beautiful new music. January may be kind of depressing and cold, but the music scene is hotter than ever. Check out Ellecanada.com’s sweetest musical picks for January 2010.

Could you possibly imagine anything more satisfying than The Black Keys in a loving yet platonic embrace with Mos Def, RZA, Raekwon, Q-Tip, Ludacris, Billy Danze and the late Ol’Dirty Bastard? Nope you can’t, trust me. It’s a good thing Damon Dash, MC Jim Jones and the fellas from The Black Keys think way outside the squeeze box because they’ve made a rock/ hip hop album that’ll remain in your Top 10 albums for the whole of 2010. It came out in November but it’s worth mentioning in ellecanada.com’s January music recommendations because it’s just that good. With a Motown flavour, sprinkled with spicy blues and Black Keys background grit, this album is everything you want. The best track on the album goes to "Ain’t Nothing Like You (Hoochie Coo)” featuring Mos Def. It pretty much captures the cavernous vibe of the whole album; a vibe that’ll keep you humming all through your hectic days. No strangers to inventive collaborations (The Keys worked with Danger Mouse on their last album
Attack and Release) the Black Keys have added some crunk to their southern rock and the result is simply fantastic. Nicole Wray shows up on “I can’t forget him” and “Hope you’re Happy” pleasantly representing the ladies and showing the testosterone filled rap/rock gumbo that there’s always plenty of room for a little suga’. Check it out and let me know what you think at
[email protected].

Good news ladies and men who may have stumbled upon ellecanada.com; Vampire Weekend has a new album out! Thank the gods of music (not you Cowell), but whoever discovered New York based band Vampire Weekend. Hopefully you’ve already committed their first self-titled album
Vampire Weekend to memory and you’re ready to stuff that little head of yours with another 10 delicious tracks. The sound? Ska meets indie and has an awkward yet intimate experience with Paul Simon during the Graceland years. The best song on this album goes to “M79” for no reason other than it sounds awesome. “Horchata” comes in as a close second; its sound reminiscent of the marimba associated with the band’s first album. “Cousins” is frenetic and fist-pumping while “White Sky” showcases lead singer Ezra Koenig’s ability to weave together what seems like thousands of musical elements, creating a melody with continuity and sustainability. He’s kind of like the conductor of a symphony; the baton his voice. The origin of the name of the album is up for debate. Historically the Contras were a federation of right wing militant groups in Nicaragua. Contra is also a video game from the 80’s. It doesn’t really matter where it came from, the point is: it’s here! Get this album, another amazing Jan 2010 release. It’s going to be a good year people. Oh one other thing, is that a young Mia Farrow on the cover of the album? I don’t think it is, but honestly a Mia Farrow doppelganger is amongst us. What do you think?

More great music on the next page …

This UK based musical poet has succeeded in bringing us a unique and thoughtful album, cementing his place in indie music. I introduced you to Jaime T a few years back in ellecanada.com’s music recommendations and he really hasn’t done anything worth mentioning until now. Kings and Queens is the 24-year-olds second album and follow up to his triumphantly received debut Panic Prevention. It was a long time to wait for a follow up but well worth it. Nothing stinks more than a hurried follow up in order to just ride the wave of album sales (*cough* Coldplay *cough*). “Hocus Pocus” is a serious party starter, “The Man’s Machine” a punky hip-hop track and one of my two personal favourites on the album. Number 2 goes to “Castro Dies” an electro inspired tune reminiscent of The Gorillaz. His rhymes are thick with his cockney accent, his voice dirty with London grit but woe unto those who think Jaime T is just another pretty rhyme master. “Emily’s Heart” and “Spider Web” prove the boy can sing and isn’t just another Kanye surrounded by “Yes” men convincing him he sounds as beautiful as a summers breeze. I just know that’s what happens around Kanye. Bottom line? You’ll love this album, it’s great from beginning to end.

Let me know of any new artists you may have heard of that are worth listening to! E-mail me at
[email protected].