How sexy is your profession?

Are doctors hot and lawyers not? A study on eligible professions ...

Doctors give us dating fever while politicians just leave us cold. A study conducted by FastLife.ca on eligible professions revealed that doctors are the most dateable profession for both men and women, while politicians were ranked among the least desirable. The survey of 400 male and female www.fastlife.ca members compared the “sexiness” and “dateability” of twenty different professions and found that men and women were rarely in agreement about
what constitutes sexy or dateable.

Read on to see whether you need to book a doctor’s appointment asap or are in need of some immediate legal advice.

The traditional ideals of “male” and “female” professions seem to hold up
as far as dateability. 88% of men would date a nurse, compared to only 69% of women. Similarly, air-hostesses were considered twice as dateable as female pilots. Women consider doctors (92%), lawyers, architects and property agents (all 89%) the most dateable professions, interesting that they’re also the highest paid professions included in the survey.

The survey shows that for women there is a clear discrepancy between
professions that are sexy and those that are dateable … While male
lawyers are considered highly dateable,law is not considered a sexy profession. Conversely, while the majority of women considered male models sexy, they “wouldn’t date one”, says Liv Judd, FastLife Events Manager. “The men’s results showed a much closer relationship between ‘sexy’ and ‘dateable’, with models, nurses, air-hostesses and dancers all featuring highly on both scales”.

A recent poll conducted by international online dating giant www.lavalife.com
found that on the sexiness scale, men rated doctors and nurses (50%) over athletes (21%), bartenders (17%) and firefighters (12%). Women clearly preferred firefighters, with an overwhelming 70% of women indicating firemen as their top pick. Women voted bartenders the least sexy (7%), followed closely by athletes (11%) and doctors/nurses (12%).

“We’re not surprised by this result. There’s something irresistible about
a man in uniform with a big hose”, says Lori Miller, Lavalife Marketing
Manager. The poll of 18,852 singles asked respondents to vote for which
profession screams sexy out of firefighters, doctor/nurse, bartenders and athletes.

Do you have a male “deal-breaker”? We sure do! Click here
to read some of our favourites!WHAT DO WOMEN THINK?

4. Male politicians were the lowest scorers on both dimensions. Only 31% of women would date a politician while a mere 14% found them sexy.
5. It seems women like a man in uniform with doctors, firefighters and pilots all scoring highly on both sex appeal and dateability. Architects also did well on both counts.
6. Although 78% of women would date an accountant, only 28% considered them sexy.
7. Nice guys finished last with social workers (28%)and male nurses (33%) close to the bottom of the sexiness ladder, although they fared significantly better on dateability with 61% and 69% respectively.

Tell us what you think! We love to hear from our readers in our forums.
WHAT DO MEN THINK?
1. Men consider doctors and models to be the most dateable profession
(92%), followed closely by nurses, airhostesses, dancers and musicians (all 88%).
2. 100% of men agreed that models were sexy, followed by dancers (96 per
cent), flight attendants (92%), and athletes (88%).
3. Few men would date builders (16%), politicians (20%) and firewomen
(28%).
4. Female builders (15%), plumbers (19%) and politicians (23%) were the
least sexy female professions, perhaps explaining why there has never been
a builder or plumber Barbie. 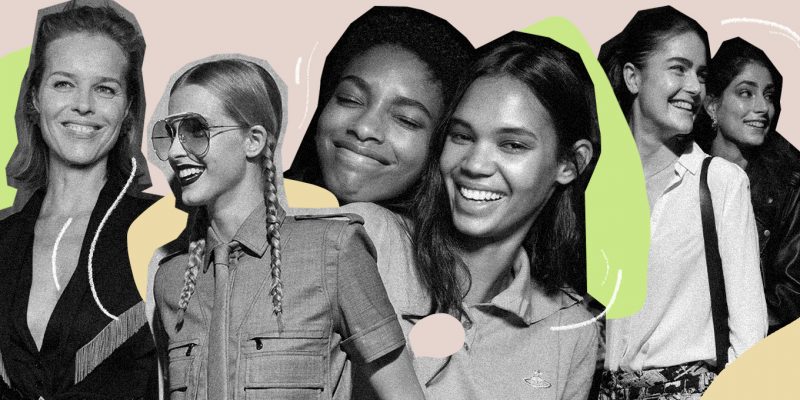