One of the shocking lessons of your early twenties is that success doesn’t often feel the way you think it will, both for you or the people in your life. Success doesn’t wave the magic wand over your whole life, and often the thing you’ve been dreaming of brings expectations in equal measure with joy.  This is what the Girls are in for now.
Hannah Hannah’s neuroses have always seemed more like funny quirks than serious mental health issues, but the stress of her book deal is showing some deeper cracks in her foundation. Namely, as she walks down the street with tears sliding down her cheeks and ignores Adam’s call, she begins looking over her shoulder (his stalkery behavior makes this just good sense) and can’t stop alternating shoulders until she reaches eight times. Same goes for opening and closing the door when she gets home, and eating precisely eight chips. It’s unclear whether this is a new pathology until she meets up with her parents – it takes her mother mere minutes to notice the counting, and their immediate alarm makes it clear that this is a problem from her past. They are at The Carlyle to see Judy Collins, but no one can enjoy the tunes that much since they’re focused on Hannah’s visible counting tic. She denies it, but midway through the performance she is overwhelmed by her anxiety and bolts. Of course as she does she bumps a man’s shoulder and then has to bump it seven more times to make it an even eight. Pretty hard to pretend the OCD isn’t back now. Her parents drag her to a psychiatrist (the perfectly cast Bob Balaban) to get to the root of her problem, and we get more insight into her past experiences with OCD. In high school it was pretty bad, with a routine that usually took her most of the night to get through and left her exhausted at school. Medication helped, but made her tired so she didn’t want it anymore. It occurs to us that this has been foreshadowed at different points this season, especially in “Another Man’s Trash” when Hannah developed the habit of taking the Grumpy’s trash to other people’s cans. We thought she did it for a cheap thrill, but it seems more that it became a compulsion that she was attracted to for the control it provided. Now the problem, compounded by her continued confusion over the break up with Adam (She’s not sure if he is the best or worst person she knows) and the stress of the impeding deadline for book pages has sent her into a tailspin. When the psychiatrist tells her he has published a book, in fact a very popular series of books, she loses some of the chip on her shoulder and agrees to do whatever he wants if he’ll just tell her parents she is fine. His question is a good one – is she fine, really?
Shosh Shosh has always been part of a more privileged world and the choice to date 33 year-old homeless barista is brought into sharp relief with the rest of her life when they happen Shosh’s friend Rideeka ironically rollerblading (so vintage, since now that means 90’s). She infers that Shosh has been out of the scene lately, due to said boyfriend, and invites them to her “impromptu” that night. “Impromptu” means party apparently, and Shosh is determined to go – she can’t have people think she is dead or missing just because she’s found love. Ray draws his own line in the sand, declaring that he won’t attend a college party as a grown man. It’s creepy. We concur, but Shosh doesn’t and off she storms, even faster than Rideeka tottered off on her rollerblades. On her way in to the party, Rideeka’s cute doorman flirts with her. Flattering. The party however, leaves something to be desired. Rideeka is the wealthiest Hindi she knows, with the palatial pad to prove it, but all that’s on Shosh’s mind is her troubles. She is “that girl” now – the one who talks about her boyfriend/roomate problems for so long that people can’t stand listening to her. She leaves with a dampened spirit, thinking perhaps she just isn’t a “party person” anymore. What do you know, neither is Hot Doorman. He strikes up a conversation on her way out and after a little light flirting Shosh is making out with him in the mailroom. She has always been such a loyal, trustworthy person to her friends but she is discovering that relationship problems are harder to hang tough through. He may just be a doorman, but this guy at least likes something (clubs apparently) versus Ray, who seems to like nothing except old episodes of Ally McBeal. Their relationship breakdown has hit warp speed.
Click through for the full recap…
END_OF_DOCUMENT_TOKEN_TO_BE_REPLACED 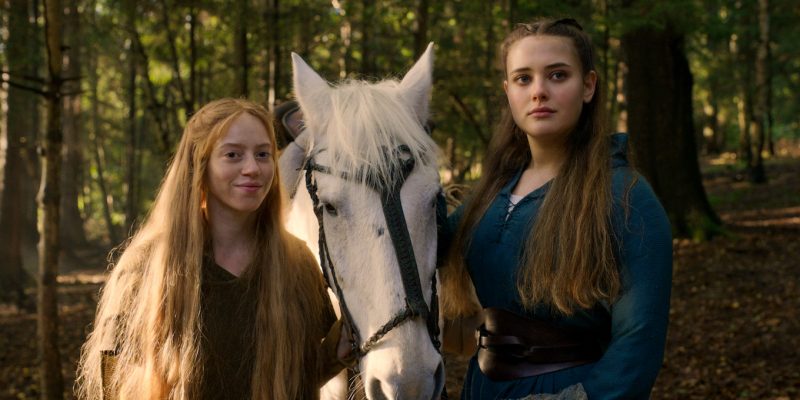