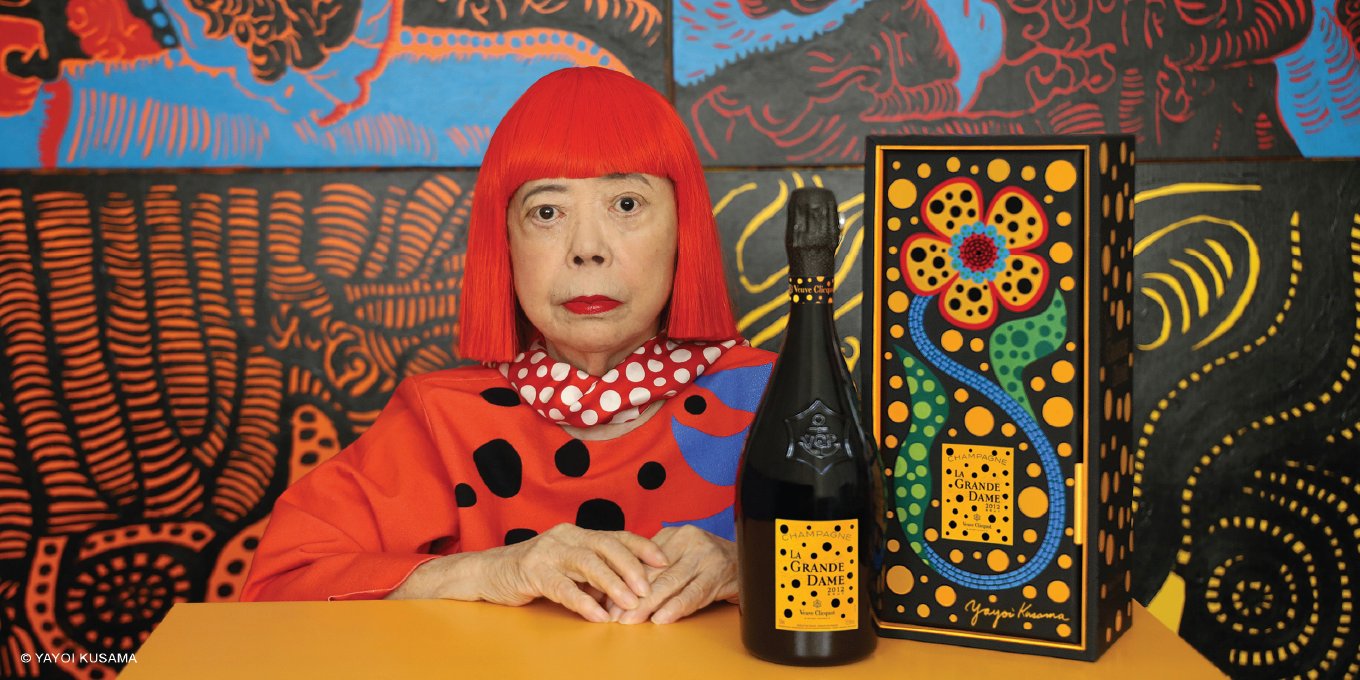 Every now and again, someone ventures to ask Jean-Marc Gallot why Veuve Clicquot, with all its efforts to empower women in business, doesn’t have one at its head. It’s a fair point, concedes the French CEO of the long-standing champagne house, and one he sometimes struggles to provide a satisfying response to. “Because they’re right,” he says plainly. “It could be and maybe even should be a woman.” But as long as he is at the helm, Gallot intends to keep making space for leaders of all stripes and at every turn. That has meant diversifying the executive team and closing the gender pay gap—an area in which he says France is lagging. Beyond the boardroom, Veuve Clicquot holds the yearly Bold Awards, which spotlight the achievements of forward-looking entrepreneurs around the globe—Judith Detzer of meal-kit outfit Cook It and Fatima Zaidi of podcast- hosting platform Quill are recent Canadian recipients. And just last year, the company tapped acclaimed Japanese artist Yayoi Kusama to design the label for a special edition of its prestige cuvée. The 2012 La Grande Dame vintage champagne bottle has been festooned with—what else?—Kusama’s trademark polka dots, which double as a nod to champagne’s sparkling fizz.

Through it all, though, one person’s propulsive vision for the world of champagne continues to bubble to the surface for Gallot, and it’s that of the grande dame herself. Born Barbe-Nicole Ponsardin, Madame Clicquot salvaged the champagne house from the brink of bankruptcy in the early 19th century, becoming one of France’s first businesswomen. She is credited with inventing blended rosé champagne, the first recorded vintage champagne and the riddling rack, a mechanism that’s still used today to give the effervescent libation its crisp clarity. And, after all, were it not for her ingenuity, Gallot would be out of a job.

On Madame Clicquot’s legacy: “When she was 27, she lost her husband, and [going against] the suggestions and opinions of people around her—including her father-in-law, who said, ‘Don’t think about it; don’t take care of the champagne house. You are a woman; you will not be able to do it’—she not only took the job but was inventive, innovative and always looking toward the next step of how to improve the champagne itself.”

On the early days of vintage champagne: “Champagne requires a blending process where you take the wine of the year plus the wines of a few other years and blend them together to get that signature taste. But 1811 was a fantastic harvest, and Madame Clicquot thought, ‘Why can people in the red- and white-wine industry have vintages and we don’t?’ So she [was the first to offer a vintage champagne], capturing that extraordinary moment in time. For the past 200 years, Veuve Clicquot has been super involved in vintages and [become] well known for them, with our top one now being our prestige cuvée, La Grande Dame.”

On the artwork Yayoi Kusama created for the 2012 La Grande Dame: “It’s called My Heart That Blooms in the Darkness of the Night, and it all came together in the middle of the pandemic. I [feel like] Kusama sees the world as a complex place filled with paradoxes—[for example], a situation can be difficult, challenging and dark, but out of it, strength and inspiration can flash through, making life a little less heavy. Thanks to people like her, we get this message of optimism: Life can be better if we look at it in a different way.”

On why the Bold Awards matter:  “There have been some big changes since they started [about 50 years ago], but it’s still more challenging for a woman [than a man] to become an entrepreneur. In France, 92 percent of women entrepreneurs say they’d love to have a role model but only 14 percent of them can name another woman entrepreneur in the country. That’s why we want to keep sharing this message—sometimes it’s only once you see yourself in a role model that you feel you can go for it.”