Where the local musician loves to eat, shop and hangout. 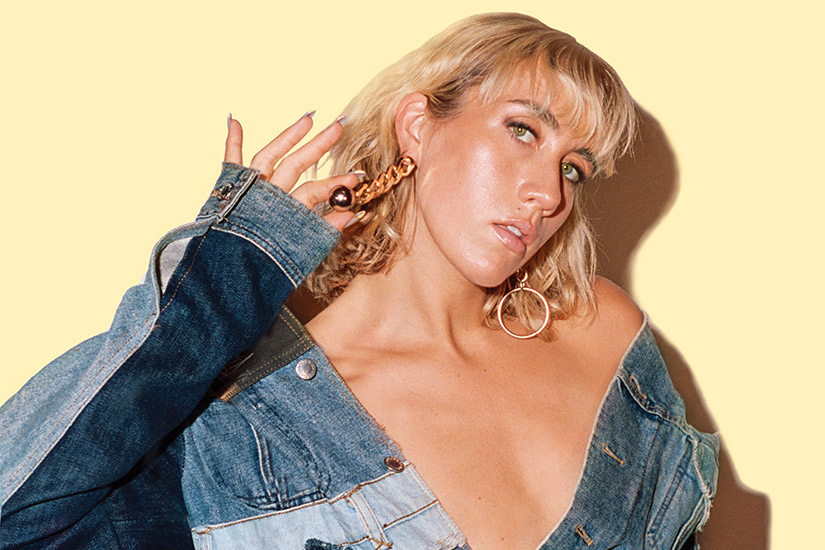 They’re building a condo right across the street from singer-songwriter Ralph (née Raffaela Weyman)’s home in the Annex. If you live in Toronto like the musician, the sounds of construction sites and their 7 a.m. starts are just something you have to get used to in a city where it feels like there’s a new building going up every day. Despite the early-morning wake-up calls, Ralph still loves and appreciates Toronto in a way that only someone who has spent most of her life here can. “It has so much to offer. Whatever you’re into exists here,” she tells us.

We hopped on the phone with Ralph ahead of the release of her first full-length LP, A Good Girl (out Friday), to spill on her favourite spots in the city.

“I have eaten a lot of brunch in my life and have been disappointed many times. Maha’s is the best brunch in the city. It’s far, at Greenwood and Gerrard, and you have to strategically plan because you will get a lineup, but it’s so worth it. It’s Egyptian brunch, they have the best hummus and they just know how to nail handmade falafel and Egyptian coffee. And it’s such a nice change from what you’d expect to eat for lunch—I can make eggs on my own any time.”

“I’m Italian and my big extended family, we used to always go to the The Dip [Café Diplomatico on College]. It’s not the best Italian food in the city, but it is the Italian restaurant in the heart of Little Italy. It’s cheap and cheerful and such a vibrant place. There’s always soccer on, it has a big patio, it’s such good people watching. It’s heartwarming Italian.”

“My parents loved walking us to Little India when I was younger and I loved Indian food. Here’s a little hot tip: on Dupont—you would never know this if you’re not from that area—there’s this most amazing Indian roti place. It will change your life. It’s called Roti Cuisine of India. Their rotis are huge and so amazing, and they have really good vegetarian options.”

“If I want to treat myself and have some really good little plates, I love Bar Isabel [on College]. My go-to used to be octopus, but I just decided to stop eating octopus because I realized how smart they were and I don’t think I can justify eating them anymore. But they also have really good olives—which I know sounds straight up boring, but good olives are hard to find—and amazing tuna tartar and mussels. They always have really good seafood and such good wine.

“Midfield on Dundas West is my other favourite spot to go eat. Again, they have a lot of little plates and these amazing zucchini fritters. I’m always amazed at places that have great wine and really good finger foods.”

“Rhum [Corner] on Dundas West is the go-to for me. Whenever someone is visiting Toronto, I’m like, ‘You’ve got to go to Rhum.’ They have amazing Haitian food. The vibe is really good—they play really good hip-hop and soul funk—and the drinks are amazing. I always get a Dark ‘N’ Stormy.

“Lucky Shrike on Dundas West, closer to Bathurst, is a little secret spot. And no one would ever go here because it’s sort of an unsuspecting place—it’s just a bar on the outside, but when you go into the back, it’s this beautiful patio covered in ivy. It’s amazing because getting on a patio in the summer in Toronto is really competitive.”

“There’s a place called Tucana on Dundas West that is owned by a really wonderful young woman. I always love to support female-run businesses. And they know my order at Tucana, so I can walk in and say, ‘Hey, the regular,’ which is an Americano misto with coconut milk.”

“My girlfriend owns VSP [on Dundas West], which is a designer consignment store. It’s pretty much where I get everything, because it’s all one-of-a-kind designer pieces that range in price. I also go to Common Sort, which is another kind of consignment and thrift store. I’m really big into having pieces that other people don’t have.

“I’m also really good at thrifting and I actually prefer to go to Value Village as opposed to a vintage store where everything has already been picked out for you. And I try not to go to the ones downtown, I’ll go out of my way to a Value Village and I’ll shop for four hours. Some of my favourite vintage and designer pieces are from there.”

“I go to Christie Pits. Trinity Bellwoods became a little too intense, and Christie Pits still has this big social vibe and a pool. I’ll go with my boyfriend, watch baseball games, have a beer and a picnic, which is really fun on the hill. And it’s nice because it’s not as busy if you want to go and read a book by yourself.”

〰 * last night at @thedrakehotel was wild, thank you to everyone who came out I ? u * 〰 (pic by @katekillet for @sidewalkhustle ❤️)