When Toronto’s April Julian got a message on Instagram from a Netflix producer asking her to compete on Netflix’s Is It Cake?, she was skeptical at first. “My instant reaction was, “Okay, scammers. Not today!,” she recalls. While the request may have been strange, it’s no surprise why Julian was chosen as one of nine contestants on the baking reality show. Since 2017, the Filipino-Canadian has been tricking people with her hyper-realistic cake designs, making her the perfect candidate for the series.

Hosted by Saturday Night Live’s Mikey Day, Is It Cake? was born out of a TikTok meme where hyper-realistic illusion cakes are made to look like everyday objects like hamburgers, toys, shoes or purses. They’re often cut open and revealed to, in fact, be made of cake. Contestants on Is It Cake? are asked to fool the judges with their designs for a chance to win a $50,000 grand prize. After discovering the message was not a phishing scam, Julian eventually flew to Los Angeles in June 2021, to compete on the program. She had to keep the show secret until a few weeks before the show’s premiere on March 18. We chatted with April soon after Is It Cake?’s initial release.

What convinced you to be part of the show?

I was reluctant because I just didn’t think I was up to snuff. You know, the other competitors on there, they’ve been on cake shows before, they have bakeries. So, I was really reluctant. Like, are you sure you want me? I feel like such an amateur and an underdog here. What convinced me to go was really the people in my life who were like, “What are you doing? This is an amazing opportunity! Swallow your fears and give it a chance.” I owe it all to family and friends for sure.

Do you remember the first hyper-realistic cake you designed?

Yeah, I got a request to make a Nike Jordan high top shoe, and this was before realistic cakes were really a big thing. And so my husband being a sneakerhead, I dove into the challenge. I was like, “Oh, I’m gonna make this as realistic as possible!” and it turned out really great. I was really surprised by the results, and I was hooked. I just loved the research and trying to copy the exact details of the actual item, and then the whole process of surprise that results from it.

How long does it take you to make a cake?

On the show, the shortest amount of time we had was eight hours, and that was a crunch. I was dying to get the cake done at that time. Normally, if I would do it at my own pace, I would spread it out at least over two days, maybe six, seven hours each day. And again, it depends on the intricacy of the design. I have one cake that looks like basically a taxidermied fish that you might find in a museum. I had to build an entire structure for that. So, we’re talking about hardware and using a drill and all those things to make a structure so that it looks like it’s actually floating in the water.

What kind of research goes into planning a design?

It’s a lot of looking up reference photos and videos, because I want to see that item and every possible angle.  If I can get my hands on the actual item, I definitely will pick that up and reference that. That takes a lot of time even before any kind of batter goes into the oven, just researching and trying to find those angles on those pictures to reference.

What are some of your favourite hyper-realistic cakes that you’ve made in the past?

One of them is my favourite not so much because I love how it looks, it’s the reaction that I got from it.  It actually went viral on TikTok. [In the video], you’ll see there’s some charred chicken wings, and I’m cutting into them to reveal it’s cake. But in the background, there’s a tray of raw chicken wings, and you just assume that’s just for the set-up of the shot. But I grab one of the raw ones and take a big bite out of it.

You can imagine the kinds of comments I got on that particular TikTok video from like, pure disgust and anger. Many of those comments were like, “You should go straight to jail, ma’am!” It just makes me laugh. It’s all in good fun.

Part of the competition on Is It Cake? is figuring out which items are really cakes in disguise. What’s your secret to finding the decoy amongst real items?

So when I’m trying to find the cake, I’m looking for the shine [and seeing] that it is not quite right. Or it’s like matte, where it should be wet-looking or if there’s any kind of marks or other sort of wrinkles that I can detect in the fondant. Those kinds of really small, little tiny details that might be the giveaway. But it’s really hard when we were doing it on this show. You’ll see at some points I was unsuccessful in finding the cake. It’s really tough. 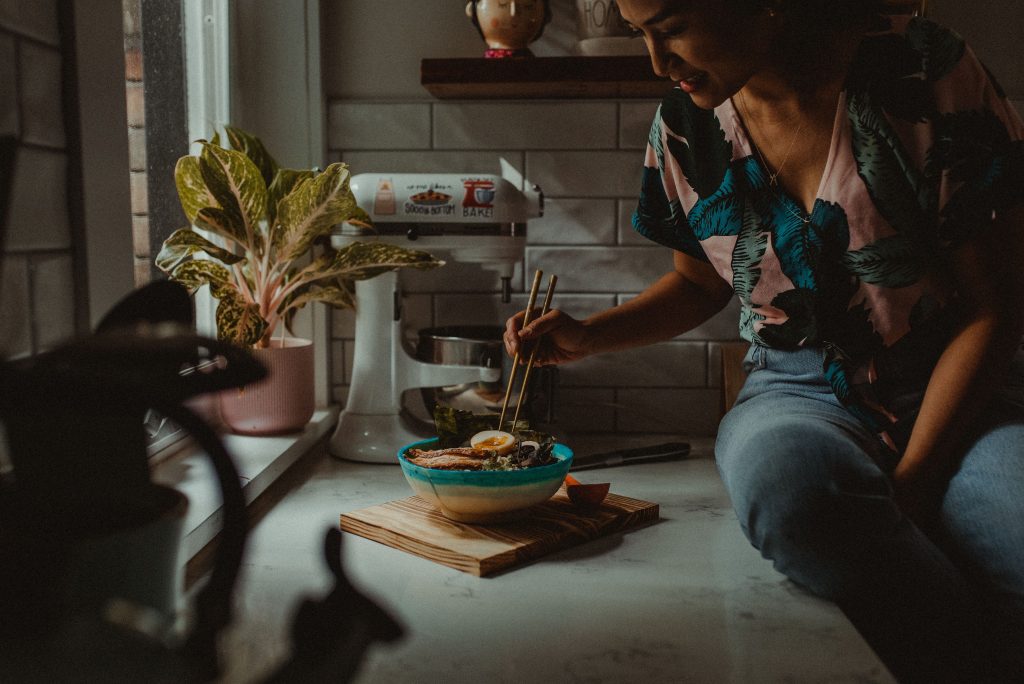 From the flavours to the replicas you baked and designed on the show, you made a point of paying tribute to your family and Filipino roots. Why was that important for you?

I mean, what else would I draw upon? There’s a reason I was there doing it. They’re the most important people in my life. I wanted to make sure being the only Canadian there, the only Filipino to represent all of that on this huge platform so I made a conscious decision that I was going to try to infuse as much of that as possible.

How has your family reacted to the show?

Several of my cousins have messaged me now saying that they were crying, watching the show, which then made me cry.  They were part of the show too, like their photos of us in the Philippines made it onto this show. So they were just so proud to see me in this spotlight. They were excited to see themselves on the show as well. And for some of them, I think they didn’t even know I was making cakes, like some of my aunts and uncles. So I’m sure there’s a lot of surprises there, too.

You mentioned on the show your grandmother was a big inspiration for you. Why?

She passed away several years ago. That was actually one of the comments my cousin made that made me cry in my inbox today. He said, “Lola would be so proud of you.” Even saying that makes my eyes well up. You know, the funny thing is when I think about it, my Lola would actually be confused by this show!

Is there a particular Filipino dish you want to recreate?

Totally, yes! I love replicating fast food cakes. I want to do a Jollibee cake, maybe like fried chicken or a palabok. The number one Filipino dish is lumpia, that’s fried spring rolls. So maybe a huge plate of those, which I think would also enrage people because people love lumpia so much.

What kind of cakes are you working on in your fridge right now?

Oh, so many weird things I have. I have a running shoe that’s in the works right now in the fridge. I have some chicken wings. I have something that looks exactly like a Red Delicious apple, but it’s obviously cake. I have a book in there, some succulent plants. It’s just the weirdest fridge you will have ever seen in your life.

Do people ever look inside and ask what’s happening?

I should do that one day and not tell someone that I make cakes! And then just be like, can you go in the fridge and grab a beer for me? Then see what happens.