If you’ve spent any amount of time in trendy coffee shops, you’ve likely heard of latte alternatives like Indian chai and Japanese matcha. But lately, the milky concoctions are getting a super-boost of colour, flavour, and… veggies! 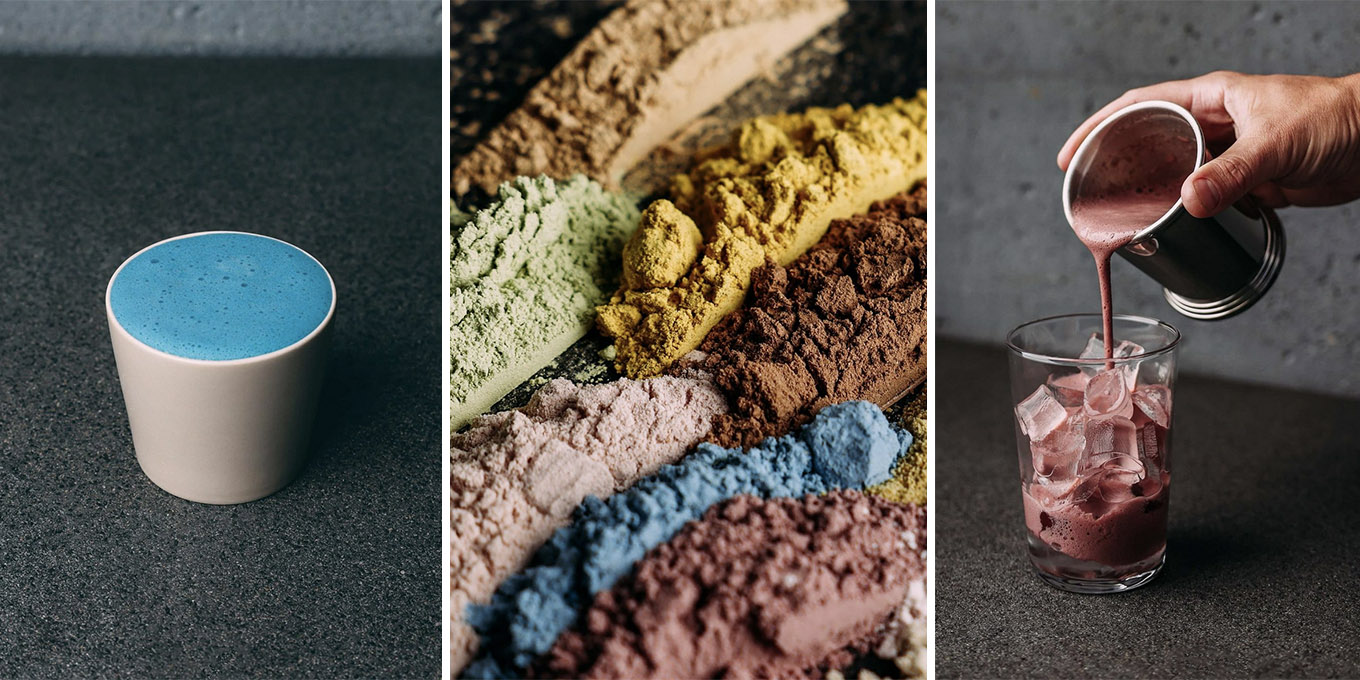 On a rainy English day a few falls ago, I was walking through the streets of London’s vibrant Shoreditch district when a bright yellow coffee shop caught my eye. I say coffee shop, but in fact, none of the beverages advertised seemed to contain any caffeine. There was golden milk, pink velvet, goguma, and more brews — both cold and warm — that felt equal parts intriguing and irresistible. And so I inquired. And I sampled. And I delighted.

And now, I’ve got great news for people who love a new iteration of the frothy Cup of Joe: latte alternatives, otherwise known as super lattes, are as delicious as the pumpkin spice (is it PSL season yet?), as comforting as hot chocolate, and some might even say, as powerful as coffee itself. Best of all, they’re now cropping up in coffee shops across Canada. And in a country where the weather can justify imbibing daily doses of iced bevvies in the summer and permanently holding a cup o’ something warm in the winter, we don’t think it’s an overstatement to call these caffeine-free and caffeine-light concoctions heroic.

Golden milk, or haldi doodh in Hindi, has been a quintessential part of Indian culture for centuries. As with chai, the recipes vary, but at its core is the ingredient that delivers its beautiful golden colour: turmeric. In some homes, turmeric milk is nothing more than ground turmeric mixed in with warm milk. Elsewhere, it’s combined with green cardamom pods, black peppercorns, cinnamon sticks, fresh ginger, nutmeg, cayenne pepper, or other spices. Almond or cashew milk work just as well as the regular kind, and a sweetener can be added for an even more syrupy result. Known for its soothing and anti-inflammatory properties, golden milk is a perfect bedtime drink. It’s also ideal when you’re feeling under the weather, or when you’re in need of a liquid hug. While more research needs to be conducted to confirm the health benefits of turmeric milk, one thing’s for sure: it’s a great source of protein, antioxidants, magnesium, calcium, and potassium. Oh, and it’s infinitely sippable. Check out Café Névé in Montreal for a maple-y version, or nutbar in Toronto for a vanilla- and honey-sweetened one.

Beets found their way into our brownies, cupcakes, smoothie bowls, and ice cream cones long ago, so it’s no surprise they would take over the alternative latte trend. Beetroot latte is a light, velvety, and bright pink blend made with beetroot powder, plant-based milk, natural sweeteners, and sometimes, spices like ginger and cinnamon. It’s a great source of energy and an even better source of ‘grams (just think how good that dreamy pastel hue would look in your IG Stories). Allegedly boasting blood circulation and muscle recovery properties, it’s an amazing workout boost, but let’s be real, it’s a welcome treat any time of day. One of the best ones in Toronto is at Bluestone Lane, where it’s served with a dusting of cocoa and steamed almond milk.

Sweet Dreams Are Made of This

On that fateful day in London, I ended up having a sweet potato latte, sweetened with maple syrup for the ultimate “autumn leaves are falling down” feel. In fact, it’s one of the most popular fall-winter drinks in Korea, where it’s known as goguma. It can either be made with orange or purple potatoes, which are steamed or roasted, then combined with milk (almond or oat works great) and a little bit of sweetener. The result is smooth and creamy, slightly sweet with nutty, savoury hints, and ultra cozy. It’s the signature non-caffeine latte at Rustle & Still in Toronto and at Honolulu Coffee in Vancouver, where it’s made with agave syrup and condensed milk.

We’ve covered yellow, pink, and purple lattes, but you’ll find even more hues on menus across the country, from Early Bird’s bewitching black charcoal latte to Himalayan Coffee House’s alluringly blue butterfly pea flower matcha, both in Toronto. At Leaves House Café in Montreal, you might even complete the rainbow, with a gentle lavender option and a reddish-brown hojicha (a green tea that’s not as brightly coloured as matcha, but just as flavourful). Nearby, Aunja’s specialty is the Persian Fog, a black tea latte made subtly orange with the addition of homemade saffron syrup. Nous Sommes Café, another Montreal spot, offers one more shade of milky goodness with its coffee-free, dairy-free seasonal blueberry latte.

Also in Montreal, The Beta Bar is taking it a notch further, as the people behind high-end fashion retailer SSENSE are wont to do. Cloistered away on the fifth floor of the Old Port boutique, the adaptogenic drinks bar is offering up a rainbow of frothy-good blends. Liquorice, dandelion, burdock, bee pollen, pomegranate molasses, and tonka bean are only some of the all-natural ingredients you’ll find at one of the most photogenic cafés in the city.

Whether it’s to test the wellness benefits of these elixirs, lay off the caffeine, or simply try something new, you might want to sample these drinks at home. Feeling intimidated by all the ingredients and techniques? Give Maygan a try. The Montreal-based brand sells powder blends that you simply stir into milk or water. On offer: turmeric, beetroot, ginger, date, and even Jerusalem artichoke latte mixtures. Or check out Blume, a Vancouver startup whose “blends with benefits” include the likes of rose London Fog, chili turmeric, matcha coconut, and blue lavender. And since all good things come in threes, let’s not forget Toronto-based Pluck, who can supply you with all the butterfly pea, superbeet, and harvest gold goodness your heart desires.