With a second cookbook, a new Netflix feature in the works as well as the upcoming release of Queer Eye’s sixth season, Antoni Porowski has a full plate. 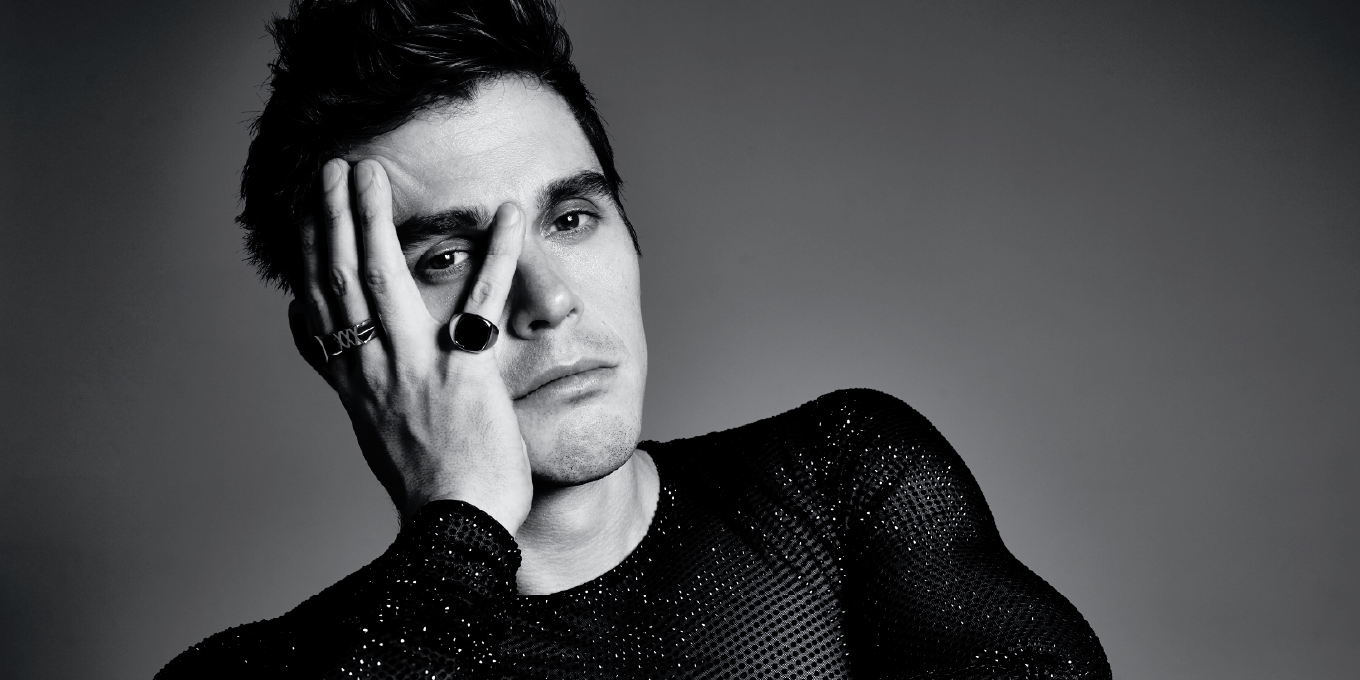 There’s something comforting about knowing that even Antoni Porowski has trouble with his Wi-Fi. When we hop on our Zoom call, he’s apologetic about being a minute late because he was trying to locate the best signal in his New York apartment. But this isn’t just the Queer Eye star and New York Times Best Seller cookbook author being polite; he actually is this nice. “I’m a people pleaser,” he later admits. “It’s very challenging because you want to make everyone happy.” But Porowski is making us happy—and keeping us entertained—by teaching people how to properly nourish themselves as the food and wine expert on the Emmy-nominated hit Netflix series, which is gearing up for the release of its latest season, set in Austin, Tex.

“I love to know people’s roots and ethnicity and where they come from because I think that’s an easy way to get someone excited about cooking,” he says about helping the show’s guests get out of their food ruts. But Porowski isn’t just into helping people ignite their love of cooking on screen; his first cookbook, 2019’s Antoni in the Kitchen, earned rave reviews and put him on the culinary map as a food authority. And this year, he released a follow-up: Antoni: Let’s Do Dinner. “My first book was definitely my introduction into the public sphere, so I kept it very autobiographical, with Polish recipes from my heritage and my youth, stuff that I ate when I was a broke student and recipes that didn’t make it onto Queer Eye,” he says. “And the second book is more about what life is actually like now.” It includes plant-based dishes (Porowski likes to do meatless Mondays and Tuesdays), hearty dinner-worthy salads, a whole chapter dedicated to eggs, pasta in all shapes and forms, light seafood options, plenty of chicken and everything in between. (I’m looking at you, Best Damn Nachos!)

Porowski grew up in Montreal, and although he spent some time in West Virginia as a teen, he eventually returned to study psychology at Concordia University while taking acting classes at night. To support himself, he worked as a waiter at Canadian celebrity chef Chuck Hughes’ restaurant Garde Manger. Eventually, he made his way to New York City to pursue an acting career. He went to the Neighborhood Playhouse School of the Theatre to study and worked in restaurants again while trying to make it as an actor. Then Queer Eye changed everything.

When he got the offer, he wasn’t immediately sure if it was the right role for him. Although he had a passion for all things food and cooking, he never thought that it would parlay into a career. “I was a waiter for 10-plus years, and it was an in-between—something that I could do while taking classes and going to auditions, like so many actors do,” he says. “So when Queer Eye came about, there was this disconnect because I had my opinions about reality TV. I’m not a trained chef, but I just kind of leaned into it.” And the world leaned into Porowski, falling for the kind and enthusiastic—not to mention easy-on-the-eyes—co-host who gushes on screen about his love of food (and dogs), has a slew of slogan T-shirts (including one emblazoned with “James Dean Speed Queen”) and tries to gently nudge the show’s guests into being more mindful of what they consume. 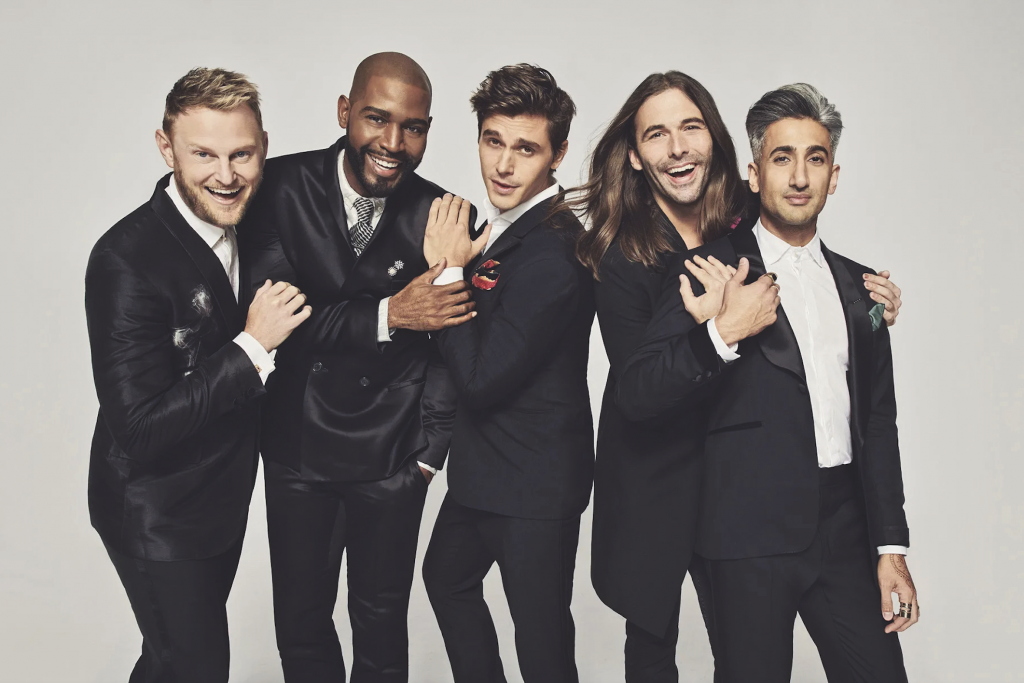 “I’ve noticed throughout the years of filming that there are two types of people,” he says of coming up with a recipe for each guest to prepare for their episode. “There are the TV-dinner types, who are all about sustenance—they will have a granola bar instead of lunch because they just need the calories and don’t have that joy or appreciation for how food is prepared or [curiosity about] where the ingredients come from. Then there are the people who used to be really passionate about cooking but something in their life happened and they just kind of stopped and that fire went out. I’m like the pilot light that will get them excited again.”

But his enthusiasm for cooking has gone even further with his second cookbook, which, like his first one, he co-authored with food writer and editor Mindy Fox. “Mindy came to [my place in] New York, and we cooked in my actual kitchen—so it was the messiest it’s ever been but in the best way—and we just got to explore,” says Porowski. “She’s always there to remind me that less is more. She’s a great co-author and chef, but she’s also a brilliant editor. She’s really good at getting rid of the clutter. I overcomplicate things—like I do with everything in my life.”

Antoni: Let’s Do Dinner is a more streamlined approach to weekday cooking; it’s also practical, with many ingredients being repeated in different recipes so that once you buy the pantry staples, you’re all set to make several different meals. “I wanted to create a book that truly shows how I eat during the week,” says Porowski. “It’s nice because it’s completely different [from the first one], but it feels very honest and very me.” 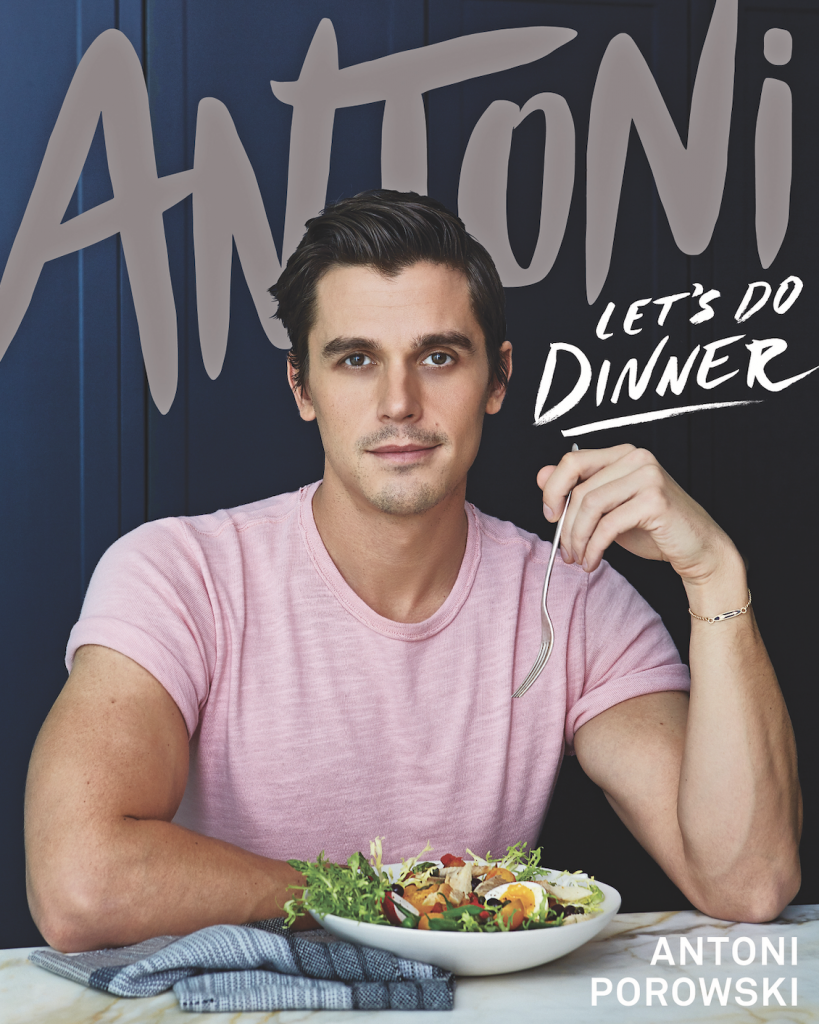 “I love to know people's roots and ethnicity and where they come from because I think that's an easy way to get someone into cooking.”

Putting himself out there in the public eye has been a challenge for Porowski; he tells me that he’s very sensitive so it’s hard for him to cut out the noise and ignore criticism. There was one press outlet that published a piece that made him feel like he was on top of his game and then, later, an opinion piece that questioned his skills. It crushed him. “My therapist said, ‘Look, you’ve gone your whole life making sure that everyone likes you and you always want to be agreeable, but you can’t give in to that because the more eyeballs you have on you—yeah, not everyone is going to like you,’” recalls Porowski. Ignoring the media—whether it’s bad or good press—has been difficult for him, but it’s also an opportunity for him to just keep his head down, focus on work and take things day by day.

Yet, unlike a lot of people in the spotlight who have to navigate this kind of new attention alone, Porowski got to do it with his four co-hosts, who became a built-in support system and could completely understand and relate to this experience. “We can have conversations and know that it’s a safe space because we get to work together, but we also get to live all of the outside stuff that’s going on as a team,” he says.

Now, Porowski is looking to focus on new personal projects—namely Girls and Boys, a Netflix romantic comedy he’s developing with Black-ish creative Kenya Barris that is loosely based on Porowski’s real-life dating experience as a sexually fluid man. He’s also working with writers Andrew Rhymer and Jeff Chan (who worked on Pen15 and, more recently, wrote and directed the indie comedy Plus One). “I don’t want to treat [the feature] as the protagonist going through the story having to explain that he’s fluid,” says Porowski. “It’s very ‘Love is love’—I know that’s cheesy, but it’s true. I’ve always fallen in love with the individual, and I wanted to convey that in the story. There’s humour that comes from that for sure, but at the end of the day, it’s about a guy who is a hopeless romantic and always on the hunt for the one who’s going to make him happy.”

Read more:
The 5 Best New Restaurants to Check Out in Toronto
Top Chef ’s Padma Lakshmi Is the Unapologetic Voice of Reason the World Needs Right Now
Canadian Celebrities and Their Pizza Personalities