With Koshersoul, the bestselling author is creating a blueprint for Jewish people of colour. 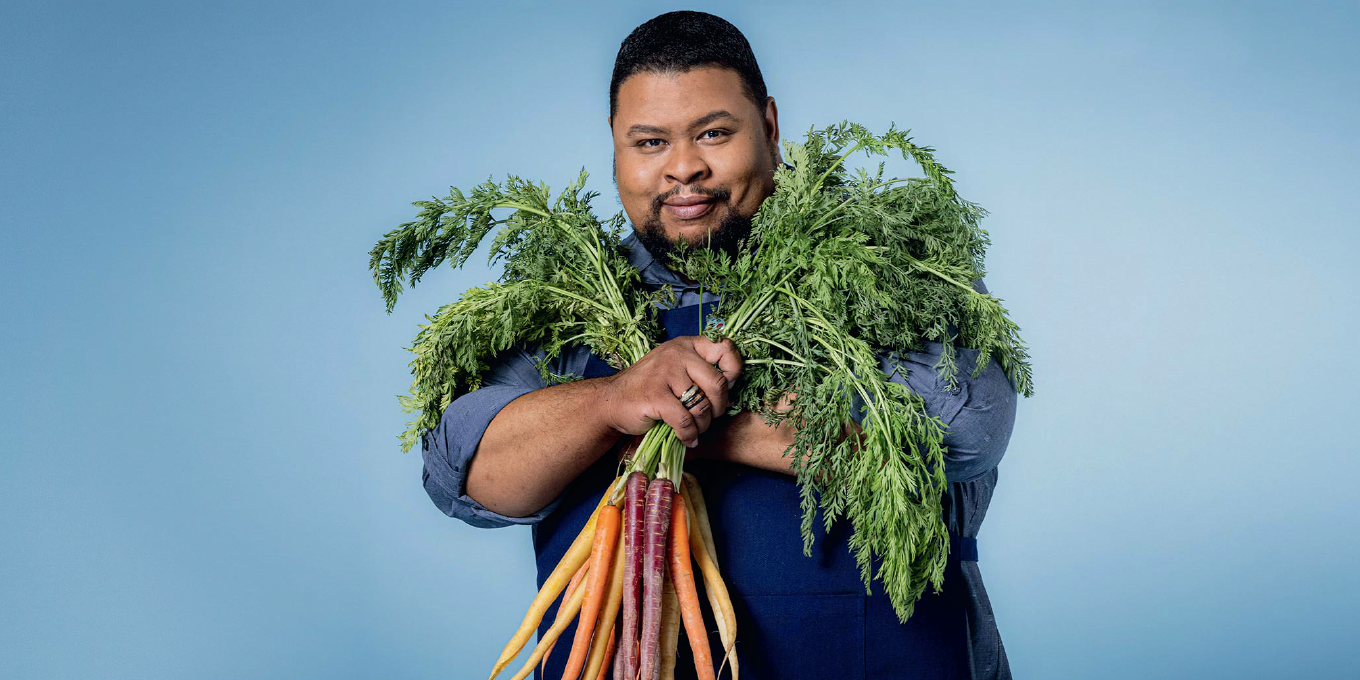 The first time I heard Michael W. Twitty speak was at a webinar during one of the COVID-19 lockdowns of 2020. The writer, culinary historian and educator had joined Toronto’s Koffler Centre of the Arts to talk about how he has used food to trace his origin story in the Old South in an effort to understand who he is today. Touching on the intersectionality of his identity as a gay Black Jewish man, Twitty shared that one prominent publisher had asked him to remove the mention of his faith from what would become The Cooking Gene—the two-time James Beard Award-winning book that propelled his culinary career—because the notion of a Black Jew muddied the waters. Twitty, who held his ground on the matter, told the audience, “We have to love ourselves enough not to erase ourselves.” Now, with every book, the idea is for one part of him to take centre stage while the other two parts become the backup dancers.

“Judaism is very important to me,” says Twitty from his new home in Fredericksburg, Va. “Jewish peoplehood is very important to me, but so is Blackness and being a son of Africa. Of course, queerness is in there too.” In the case of Koshersoul: The Faith and Food Journey of an African American Jew—the newly released second memoir in a trilogy—the 45-year-old explores his Black and Jewish identities inside and outside the kitchen. “It’s me saying to the reader ‘Hey, you know what? I get to eat, pray and love too,’” he says. “People’s reactions to me are based on the idea that only a certain kind of white [middle- or upper-class] woman can write a narrative about food. But with me? It’s like, ‘Why don’t you shut up and give us the recipe? What’s your technique? Let me judge you.’ The expectations are very low, very boxed and bubbled.”

In an intimate 400-page kitchen-table conversation that concludes with 50 kosher recipes, the question that intrigues Twitty the most is not who makes the food but how the food makes the people. Whether he’s exploring the Nile River Valley of Egypt and Ethiopia or the surge of interracial marriages during the civil rights movement, Twitty is tracing the aspects of African and Jewish food traditions that have criss-crossed each other throughout history. “We’re not that exotic; we’re not that scary; we’re not that odd,” he says. “We’re actually part of a really powerful lineage of peoples who have constantly been travelling and remixing and re-establishing ourselves—and [Jewish] food is like Hansel and Gretel’s crumbs that lead us to clues about wherever we’ve been, who we are and what we’re going to become.” 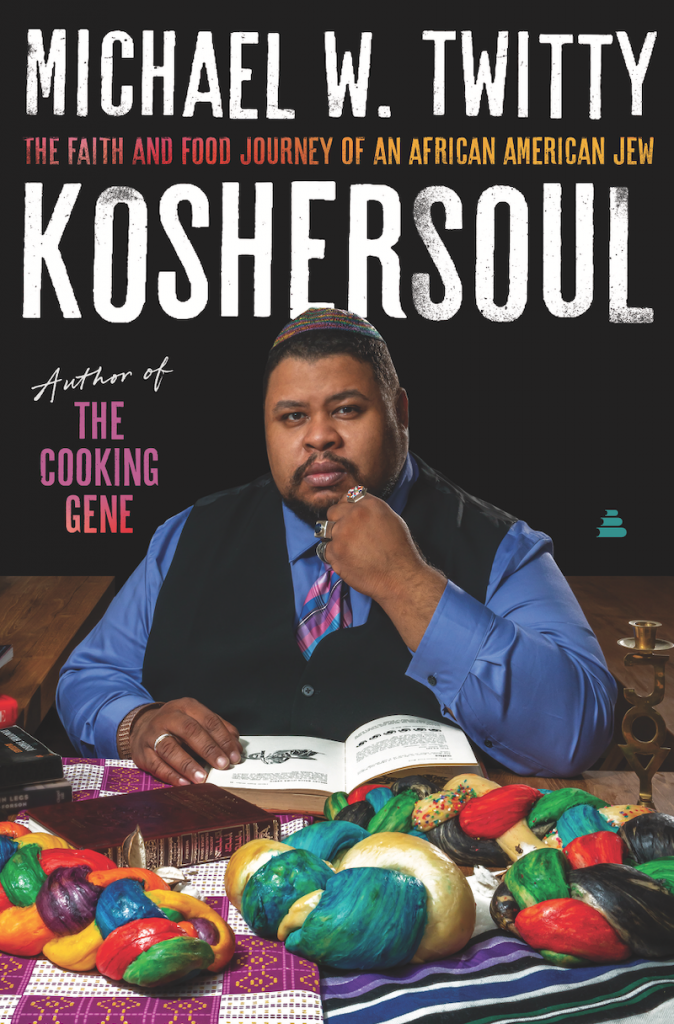 After years of leaning into the discomfort of unearthing traumatic family histories that have complicated relationships with race and the dark legacy of exile and enslavement, Twitty believes that food is your flag—it’s intertwined with your identity. “Food, if nothing else, is the thing where you go, ‘Yeah, you’re one of us. You’re part of us,’” he says. On his African-American Pesach (or Passover) Seder plate, the salt water represents the tears of the enslaved and the waters of the transatlantic passage; fiery horseradish is replaced with a hot pepper, a switch inspired by the African proverb “the truth is a hot pepper”; and sweet potato is used instead of potato or parsley. With contributions from fellow Jews of colour whose spiritual journeys have also been shaped by food, Koshersoul belongs to a community, and bitter collard-greens-stuffed kreplach (dumplings), Nigerian suya crossed with brisket and juicy matzo-meal fried chicken are always welcome at the table.

Twitty hopes that other Jews existing in multiple identity spaces (including those with Chinese roots or Bene Israel origins in India) will use Koshersoul’s sample menus for Shabbat dinner, a Juneteenth barbecue, Hanukkah and Kwanza as templates for creating their own multicultural spreads that are reflective of the various bits of who they are. “Being human is so precious to me,” he says. “I know I’m not going to leave the world perfect—me or the world—but one thing I fear more than anything else is leaving this planet knowing I didn’t try. Giving up is the greatest enemy.”

At the end of our conversation, I ask Twitty what Black Jewish joy looks like for him. He tells me that it is the familiar smells of African, Caribbean and Southern foods effortlessly mixing with those of Sephardic, Mizrahi and Ashkenazic foods in his kitchen; his personalized kippa with images of [Black American authors and activists] Zora Neale Hurston and James Baldwin on it; and his prayer shawls from Ghana and Sierra Leone. “It’s looking at the Seder plate—that I’ve helped evolve—knowing my full self [is] represented,” he says. “And I no longer apologize for the mixture that I am. I guess at one point in time, I may have shied away, but now I’m on fire. I’m not going to rest until I know that the next three generations never have to fight these battles again.”

Read more:
Level up Your Kitchen Skills With These 8 Cookbooks
Adrian Forte Is Firing It up in the Kitchen
Madhur Jaffrey Is the World’s Favourite Indian Cooking Teacher