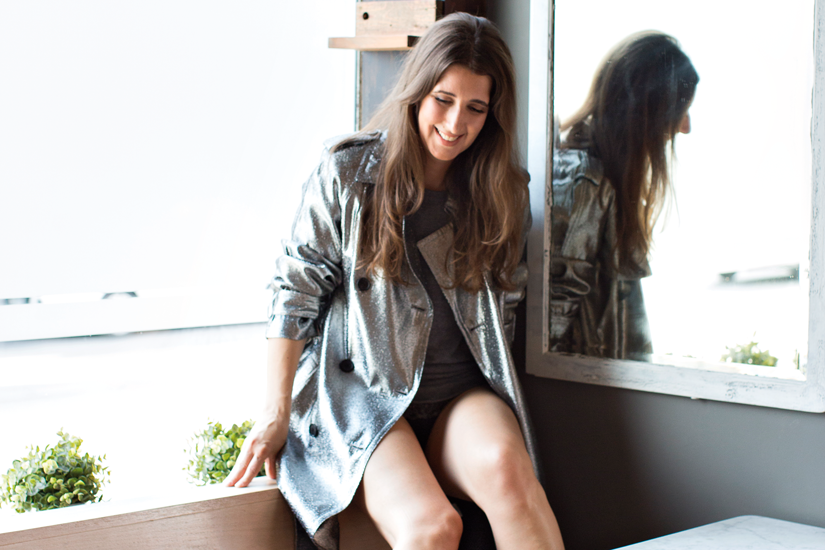 Toronto restaurateur Jen Agg is the living embodiment of SHOUTY text. And we mean that as a compliment. When she’s passionate about something – whether it’s her restaurant empire (the Black Hoof is the reason you are obsessed with cocktails and charcuterie right now), equality or even nachos – she’s unapologetic and unapologetically loud about it. “Don’t hate me for running my business the same way men run theirs” is her call to arms – one of many in her memoir/feminist manifesto, I Hear She’s a Real Bitch (out May 16). We asked Agg, who just added Grey Gardens to her roster of buzzy restos, which includes Cocktail Bar and Rhum Corner in Toronto and Agrikol in Montreal (a venture with Arcade Fire’s Win Butler and Régine Chassagne), to tell us what’s on her radar.

ON HER BIGGEST INFLUENCES…“I strongly identify with women in music, like Nina Simone, Maria Callas, Chrissie Hynde, Peaches, Amy Millan, Tanya Tagaq and Leah Fay. Professionally, I haven’t had that many women to look up to. There are a few prominent women running restaurants, but my way of doing it, less demurely perhaps, often feels to me like charging through burning underbrush at top speed.”

ON WOMEN SUPPORTING WOMEN… “We are pitted against each other from a young age: Who’s the prettiest? Who gets the most attention from boys? It’s so ingrained that I’m constantly checking myself, making sure I’m not judging other women too harshly for qualities I’d overlook in men.”

ON HER FAVE SOCIAL MEDIA… “TWITTER 4EVER! Facebook never! I love the brevity and quickness of Twitter. I can scroll through my feed for a few minutes and be caught up in each new horrifying news event. Maybe Trump will be impeached by the time this runs, or maybe we’ll all be dead….”

ON THE NEXT BIG THING IN FOOD… “I am a consummate consumer. I always have multiple tabs open and too many books on the go. I get bored easily and need constant stimulation, much like a child. I think sake (you really do need a great palate to appreciate its nuances) will make a splash in the next few years in a more mainstream way. Also, I’m gonna open an all-nacho restaurant before I die. The veggie nachos from Sneaky Dee’s [in Toronto] are the best, but even bad nachos are still pretty good. Sometimes I get 7-Eleven ‘nachos’ – hot peppers and black olives from the toppings bar applied liberally, all smothered in nacho cheese sauce. DO NOT JUDGE ME.”

Curl up in front of a movie and fill up on vitamin-packed veggies without having to spend too much time cooking.

Where to eat, what to order, which drinks to try and how you can recreate it all at home. ELLE tests out the latest in food and drink so you can book your next night out—or in.