Everything You Need to Know About Prosecco

And why your summer patio party won’t be complete without it. 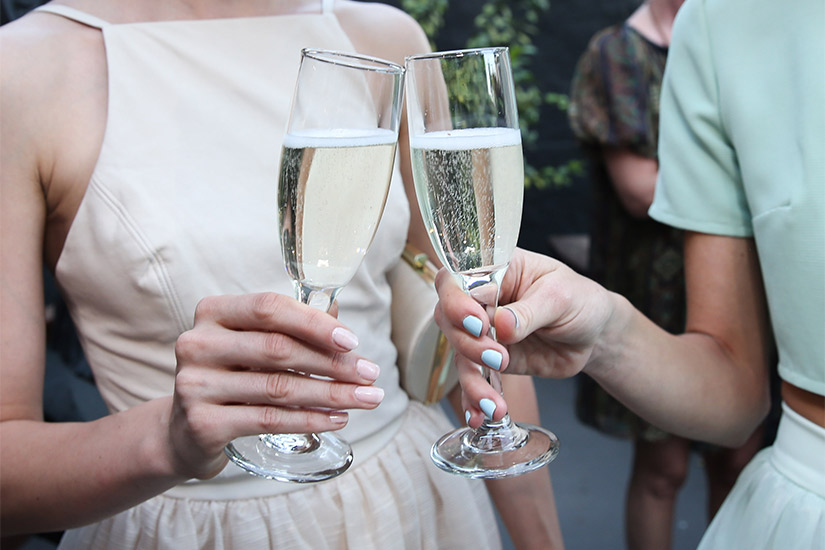 I’ve been a confirmed fan of prosecco since buying it by the bottle in a lively Italian restaurant in London’s Soho in the early aughts. I didn’t know what it was before then, but after that first taste, it became a Saturday night tradition. In the past five or so years, a lot more people have been agreeing with me: Prosecco’s popularity has exploded so much that producers in Veneto, Italy, where it’s exclusively made, have struggled to keep up with the demand.

Still, when challenged to name a single brand of it recently, I was stumped – and I realized I knew next to nothing about it. The challenger was Gian Luca Passi de Preposulo (a.k.a. the dashing Italian count who also happens to be married to Jessica Chastain), and he was introducing me to Fiol, the prosecco brand he launched with two childhood friends in 2011. The extra-dry, crisp, fruity sparkling wine, which just won its second Gold Medal at the Prosecco Masters awards in London, England, is set to make its mark – look out for it at posh sporting events and in high-end hotels.

I got some intel from Passi, someone who grew up in a grand villa surrounded by prosecco fields, and, to further my education, enlisted the Grape Witches – a.k.a. Krysta and Nicole, wine experts who run tastings and events in Toronto – for a hit of prosecco 101.

What exactly is prosecco?

It’s a dry sparkling wine made from the Glera grape in a defined territory – i.e., it can’t be called prosecco if it’s not from there – in northeast Italy. “Prosecco is the fresh, fun and carefree member of the sparkling family!” say the Grape Witches. “It’s refreshing with tons of fresh flowers and fruits on the nose and palate.”

What’s the difference between prosecco and champagne?

Prosecco is made using a more affordable method, which partly accounts for its lower price point, but champagne’s status as a luxury drink is also down to perception and tradition. The flavor is slightly different too; prosecco isn’t as dry or as complex as champagne. “Champagne, crémant and cava all use the traditional method, in which naturally produced CO2 is captured in the bottle – this creates fine bubbles and a savoury, yeasty complexity,” explain the Grape Witches. “But prosecco has a taste profile that’s fresh and easy to love: bigger bubbles, with more pear, apple and citrus-fruit notes. We often describe it as the vodka-soda or gin and tonic of the sparkling world – always good, always easy!”

Should I save it for special occasions?

Given its affordability and easy-going flavour, there’s no reason not to bust out some prosecco on a regular basis. For me, it’s the perfect pre-dinner drink (with sour cream and onion chips – so sophisticated) on a summer night. “Sparkling culture is a new culture ­– people have always had champagne, but it was intended for celebration,” says Passi de Preposulo. “With prosecco, you celebrate every day – because people drink prosecco basically every day.”

What foods should I pair it with?

Unlike with non-sparkling wines, you can be pretty flexible about what you drink prosecco with. “It’s fresh enough to pair with lighter dishes and refreshing enough to cut through heavier dishes,” say the Grape Witches. “It’s a sommelier’s secret weapon as it pairs with literally anything. A hot day! Chips and dip! Charcuterie! Fish! Salad! A burger!”

Can I play mixologist with it?

Yes! Because it’s more neutral than many other bubblies, prosecco is a great starting point for cocktails—i.e. the ubiquitous Aperol spritz. “It’s a super-easy recipe,” say the Grape Witches. “Mix 3 parts prosecco, 2 parts Aperol and 1 part soda, and serve over ice with an orange slice.” This cocktail has the backing of decades of Italian imbibers and has now been co-opted by millennials and Gen Xers alike in cities all over the world, says Passi de Preposulo. “For more than 50 years, the Aperol spritz was only a local drink that people had in the squares in Veneto, but in the past three to four years, it’s become a phenomenon.”

What about vintages? Are there years I should look for?

Short answer: no. “Don’t believe it when someone tells you ‘I have a vintage prosecco,’” says Passi. “It doesn’t exist! A bottle can last maybe three years.”

Curl up in front of a movie and fill up on vitamin-packed veggies without having to spend too much time cooking.

Where to eat, what to order, which drinks to try and how you can recreate it all at home. ELLE tests out the latest in food and drink so you can book your next night out—or in.