The uplifting new anthology from Bryant Terry, Black Food: Stories, Art & Recipes From Across the African Diaspora, is colouring outside the lines. 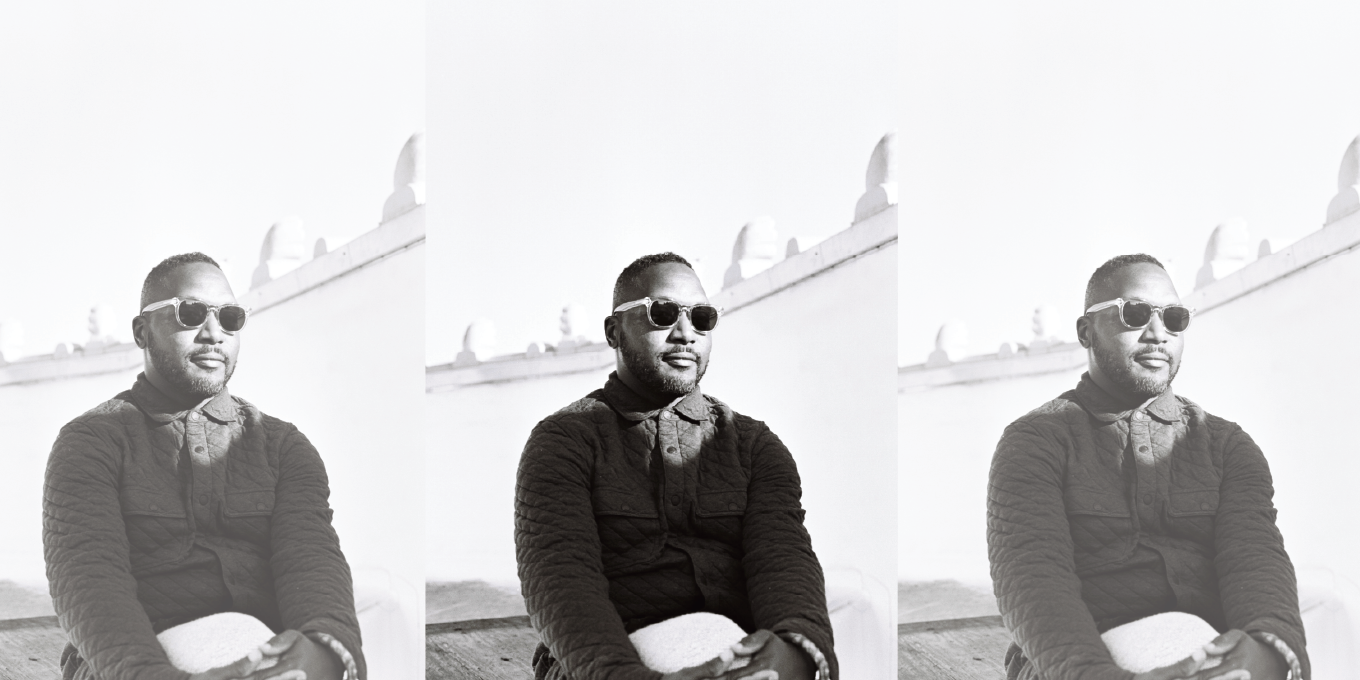 “Food has always been a great way for me to bring people into the conversation,” says Bryant Terry. For decades, he has dedicated his professional career to food-justice activism. Now, the author, James Beard Award winner, vegan and chef-in-residence at the Museum of the African Diaspora (MoAD) in San Francisco is reimagining the world of publishing with 4 Color Books, his revolutionary new imprint under Ten Speed Press. “We want rebels,” he says. “We want [BIPOC authors] who are off the beaten path, who are doing stuff that we aren’t seeing in the world.”

Black Food: Stories, Art & Recipes From Across the African Diaspora—4 Color Books’ debut release, curated and edited by Terry—is a spiritual multi-course feast for the soul with contributions from over 100 voices (including that of Toronto-based chef Suzanne Barr) from around the globe. In creating a vision for his book, Terry drew inspiration from the works of the late Nobel Prize-winning novelist Toni Morrison and, notably, The Black Book (an encyclopedic collection of work edited by Morrison and published in 1974 about the American Black experience from the early 1600s to the mid-1900s). “When I think about Black Food, I keep coming back to a quote by Morrison: ‘The function of racism is distraction,’” he says. “It keeps you explaining over and over again your reason for being. While this book acknowledges the historical and contemporary ways in which our people have been marginalized, exploited and erased, the main focus of this project is our agency, creation and empowerment. What emerges when we aren’t distracted by racism? How are we empowered? In what ways is our humanity displayed? What are we curious about? What brings us joy?”

This anthology is a sensory celebration of original art, music, poetry, essays and recipes that powerfully connect the past with a blinding future of possibility. “I think it’s the crown jewel in my body of work,” he says before humbly adding: “Let me stop for a second and say that this is not my book. My name is on the cover, [but] I assembled a brilliant whip-smart team who [brought] this book into the world.” We spoke with Terry over Zoom about pushing back against worn-out narratives, liberation through rest and changing food systems one beautifully illustrated book at a time. 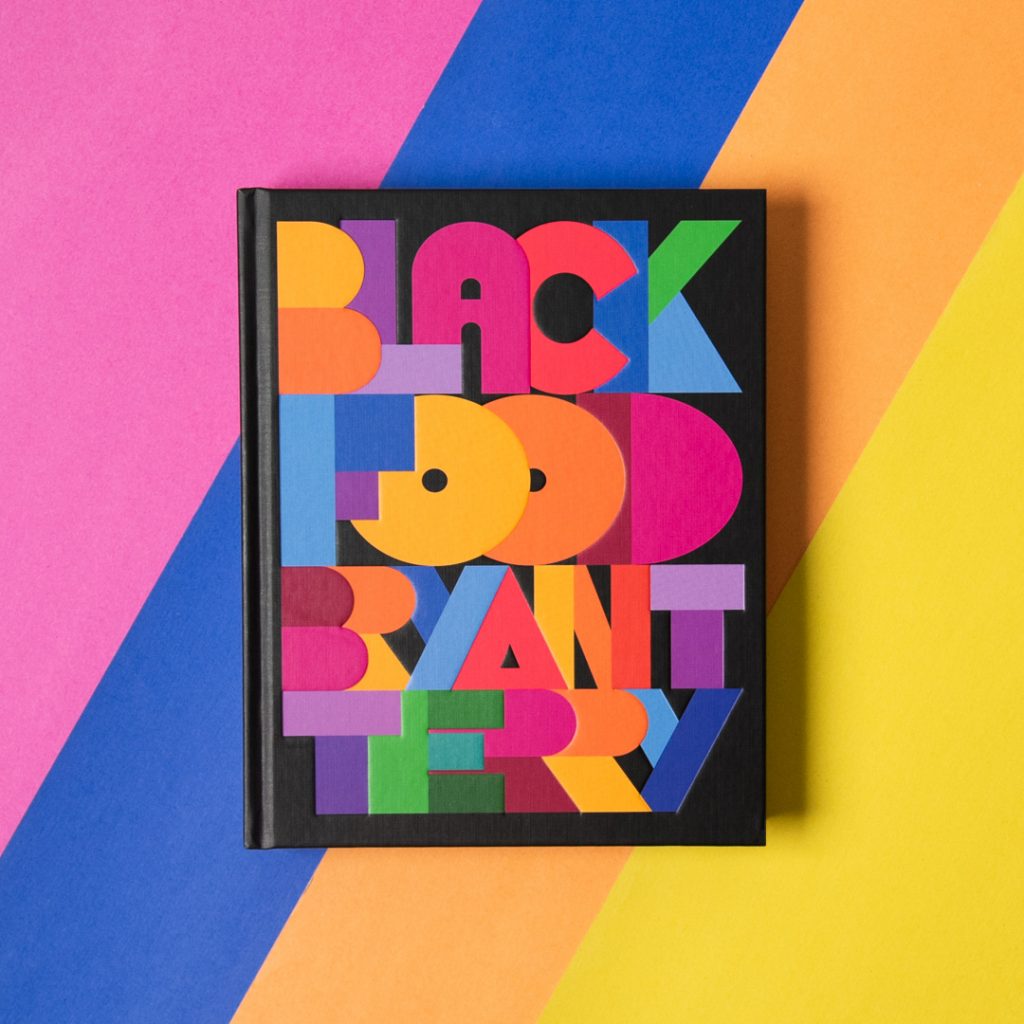 ON HIS FIRST VEGAN COOKBOOK

“[Publishers] didn’t feel that [Vegan Soul Kitchen] was a viable project [in 2007]. The response was often ‘You’re cutting the pie too thinly’ or, even more troubling, ‘Vegan? Black people? That sounds oxymoronic.’ That early lesson [I learned] as an author is something I’m very aware of as a publisher now. People who are part of a community know what its current cultural zeitgeist is, and they know what the emerging zeitgeist is—and it’s important to listen to those voices. Fast-forward to now: Black people in the United States are the fastest-growing population of vegans.”

“It’s long been a vision of mine—and my literary agent’s—to have a publishing imprint. For whatever reason, I put barriers in front of [myself that I had to pass before] going forward, like ‘When I get to this level of success in my career or if I have this many [social-media] followers or if I’ve published this many books.’ Now I recognize that those barriers were unnecessary because this imprint is needed and I should have asked for it a long time ago.”

“I wanted it to be written without concern for the white gaze. This is a conversation we’re having among [ourselves]; we’ll invite the world to listen in, but I wanted the book to be a love letter to people of African descent throughout the globe—to the foodways of the Black diaspora.”

ON HIS FAVOURITE ESSAY IN BLACK FOOD

“I’ve always been inspired by [American poet and mental-health activist] Tricia Hersey’s calls to embrace rest—and napping—as our birthright and to push back against capitalism. Historically, [society has] valued Black people for our labour, not for just existing, so I am really excited about that.”

ON MAKING CHANGES BEYOND PUBLISHING

“We’re [hosting] a Black-food summit in June—as part of my residency at MoAD—to bring together BIPOC creatives from around the world for community-building, networking and skill-sharing. We want to ensure that there’s no longer the excuse ‘We looked, but we couldn’t find an Asian food photographer [or] a Black art director.’ Publishing books is simply one aspect of what 4 Color Books will be doing.”

ON CHANGING THE FUTURE OF FOOD

“I want to see food justice [because] food is a tool [with which we can] actively create a healthy, just and sustainable food system that works for everyone—not [only] the handful of multinational food corporations that largely control our food system. So, self-determination, power in the hands of the people [on the ground] and celebrating and eating together while we’re building the movement—that’s what I want to see in the coming years.”

Read more:
8 Must-Have Kitchen Tools, According to Canada’s Top Chefs
Top Chef ’s Padma Lakshmi Is the Unapologetic Voice of Reason the World Needs Right Now
The World’s First (Like Ever Ever) Vegan Iraqi Cookbook Will Give You All the Feels