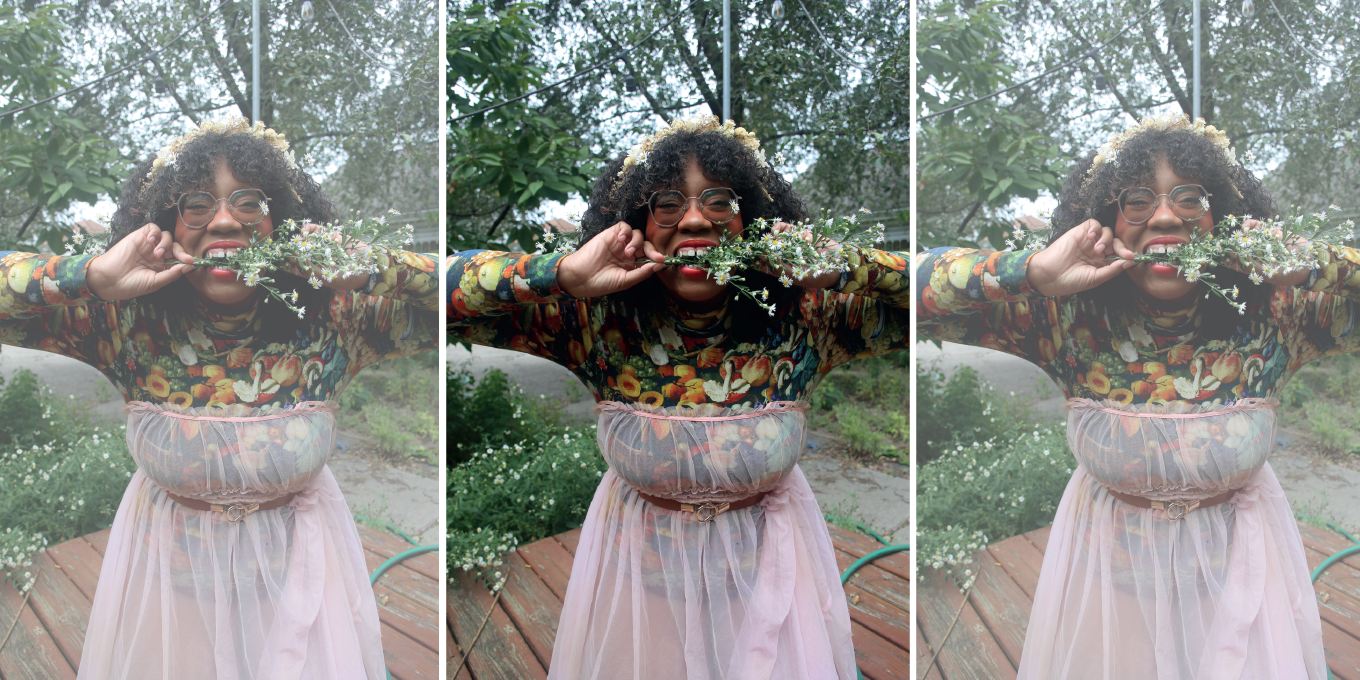 “Happy snacking, don’t die,” says American forager and wild-food educator Alexis Nikole Nelson as she signs off her videos—joking but kind of not. Whether she’s posting about screaming mushrooms and dispelling myths that crabapples are poisonous or using mulberries for “berry fairy” makeup, it’s easy to see why the internet has fallen in love with the adorable TikTok sensation. But breaking out on social media wasn’t exactly part of her life plan—at least, it wasn’t two years ago, when this all began. “I was terrified of going to the grocery store,” Nelson recalls about the first wave of the pandemic. It’s why, in April 2020, the then 28-year-old decided to document what she was foraging around her urban neighbourhood in Columbus, Ohio. (In that first video, it was garlic mustard, dandelion greens and violet flowers, which she made into a simple syrup.) At a time when COVID-19 was disrupting supply chains and showing us just how fragile our food systems are, the post—to her surprise—went viral. “I was like, ‘Oh, so the kids want plants!’” she says. “I can do plants.” Today, with a hefty four million followers on TikTok (@alexisnikole), as well as another 1.1 million on Instagram (@blackforager), Nelson continues to inspire change in a historically narrow outdoorsy industry that is predominantly male—and oh so white.

On any given day, the “filthy vegan” (her words) might be using her platforms to teach viewers about the magical plant-based wonders of acorn “bacon,” pine-cone jelly, linden-tree “chocolate” or mugwort-leaf “sleepy time” tea—usually with an accompanying song and in a poofy dress worthy of a Disney princess. “You look down: Grass. You look up: Tree. Somewhere in the middle: Shrub. The end,” she says. “That’s how many people are raised, so it’s cool to watch them become less plant-blind in real time. Every time a person doesn’t go out and buy RoundUp [the destructive glyphosate-based herbicide] when they were going to otherwise is a huge win in my book.”

While the wild-food enthusiast is reaching a new generation of future-minded foragers who are now paying more attention to the world beneath their feet, her mainstream presence is also making foraging more accessible for people of colour. Much of her work draws attention to the historical, racial, cultural and socio-economic reasons for the modern-day under-representation of Black communities in outdoor spaces. For example, even after slavery was abolished, the strict trespassing laws of the late 1800s carried harsh penalties, making food-sourcing activities like foraging, fishing, hunting and farming dangerous for Black people. With time, those intergenerational skills simply started to fade. But that’s where Nelson’s “Black Forager” alias comes in. “Reclaiming something is very hard—it takes a lot of time, a lot of energy and a lot of bravery,” she says. “I want to help by hopefully doing a little bit of the bravery part for others so that they feel like they have a smaller gap to cross to do something they want to do.”

“Reclaiming something is very hard—it takes a lot of time, a lot of energy and a lot of bravery.”

Throughout her childhood, her outdoorsy parents would quiz her about plants around their Cincinnati home. “Weirdly, we lived in a neighbourhood where a lot of the streets were named after plants or trees that were growing prolifically in our area,” she says. As Nelson grew up—on Rose Hill, across the road from Betula Avenue—she couldn’t help but think that plants were supposed to be part of her life and her identity. But when she left an eco-minded Montessori school and entered the public school system at age 12, her curiosity about nature was often teased with comments like “We don’t do that.” Now that she has pulled up her own seat to a new kind of foraging table, Nelson hopes that her work will normalize climbing trees, eating weeds, splashing in tidal pools and hunting for fungi for anyone who looks like her.

It’s not just Nelson who’s noticing the changing face—and hands—of the foraging community. In early June, the activist added James Beard Award winner (in the social-media account category) to her accomplishments. “Every time I catch [my medal] out of the corner of my eye, I’m just like, ‘Who put that there?’” she jokes as it hangs behind her on her bookshelf. “I hope it means I’m leaving a good legacy in food media. Honestly, I’ve had a month and a half to think of words to say, and I still don’t have any!”

As the praise, accolades and awards roll in, Nelson is looking forward to a different kind of adventure in 2024: the release of her first wild-food cookbook with Simon Element (an imprint of Simon & Schuster). “It’s very weird looking back because it felt very random in the moment,” she says through a nervous giggle. “But it all kind of feels like it was supposed to happen. Everything fell right into place.”