The Toronto International Film Festival officially kicks off the Oscar race for 2008. This trio of films premiering in October are creating Oscar buzz aplenty. 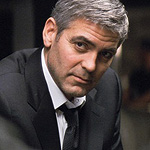 When George Clooney stepped on to his first-ever Toronto red carpet to promote his new corporate thriller, he created fandemonium not usually associated with polite Canadians. In Michael Clayton, Clooney plays a former criminal attorney who works as a “fixer” at a top New York law firm. Unhappy with his job but swimming in debt, Clayton grudgingly cleans up the scandals on behalf of his company’s clients until his moral doubts threaten to undermine one particularly questionable case. Fresh from his Oscar-winning role in Syriana, Clooney is generating Oscar talk of going two for two in one of his most compelling roles to date. Also of note is Tilda Swinton who delivers a commanding performance as Karen Crowder, the steely head counsel at a shady firm that Clayton has been appointed to help. On-screen, Clooney and Swinton are electrifying as they square off against each other in a fascinating pas-de-deux. Screenwriter Tony Gilroy who wrote the satisfying Bourne series makes his directorial debut in this gripping tale of white-collar malfeasance that’s generating much-deserved Oscar buzz.

Based on John Burnham Schwartz’s critically acclaimed novel, Reservation Road is already drawing comparisons to noteworthy Oscar-nominated films like The Ice Storm and In the Bedroom. Directed by Terry George (Hotel Rwanda), this tragic tale follows two fathers, Ethan Lerner (Phoenix) and Dwight Arno (Ruffalo) whose lives become tragically intertwined as they struggle to come to terms with the aftermath of a hit-and-run accident that claims the life of Ethan’s son, Josh. Two-time nominee George chose the lovely locale of Connecticut to emphasize the stark reality that even in the nicest of places, the worst of things can happen. Ruffalo, who turned in a strong performance earlier this year in Zodiac is garnering early Oscar talk for his role as a father struggling to deal with his actions in this tale of anger, revenge and accountability.

Even though there were high Oscar hopes for Rendition after it made its North American premiere at TIFF, it seems there’s been more buzz surrounding Reese Witherspoon and Jake Gyllenhaal’s “are-they-or-aren’t they?” relationship status than the film itself. Witherspoon plays Isabella El-Ibrahimi, who goes in search of her husband Anwar, an Egyptian born chemical engineer suspected of terrorist activities, after he disappears on a flight from South Africa to Washington, DC. Streep stars as the government agent responsible for Anwar’s disappearance and torture while Gyllenhaal plays the fresh-meat CIA analyst who questions his assignment after witnessing first-hand the harsh interrogation methods used. While Witherspoon and Gyllenhaal have admirably tackled progressively more challenging roles beyond Elle Woods and Donnie Darko, it might be a tad hard to concentrate on the deadly serious subject matter when trying to pinpoint the initial spark between the film’s leads that created a full blown tabloid frenzy.