Checking out the hottest sounds in music this month. 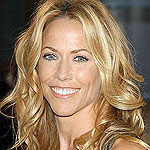 I have a theory about Sheryl Crow and that is she just isn’t very good. I never said it would be profound, it’s just a theory. She looks good, she plays the guitar well but as a package, Sheryl Crow is mediocre and that’s what this album is.

As a result of a celebrity obsessed culture (I’m guilty too) we all know that Sheryl Crow broke off her engagement with Lance Armstrong and it seems as though this album may be a reflection of that time in her life. Sometimes huge breakups can make amazing albums (Alanis Morrisette has based a career on it) but in this case, Crow just seems self-indulgent. “Diamond Ring,” “Now that You’re Gone” and title track “Detours” all appear to be diary entries into her life during that time. Unfortunately the diary entries come from a whiny teenage girl instead of a 40-something woman with a lifetime of interesting experiences. Maybe that’s the problem. Maybe Crow just isn’t that interesting. But don’t worry, it gets worse. Musicians are really lucky in the way that they can spew their political and religious beliefs by wrapping it up in a catchy hook and sing-able chorus. Some do it really well; I’ll reference GreenDay for this one.

Again, Crow either needs to stop smoking marijuana or smoke some more because she can’t seem to find that sincerity that makes a political song powerful. Good on her for trying … I guess. Listen to “God Bless this Mess” and you’ll get that feeling you get when you see someone doing something embarrassing on television. You’ll cringe at the sound of it. It’s cheesy and weak.

However, Sheryl Crow sells albums and there’s no doubt that she’ll sell this one too but if I can warn at least a few of you against it, I’ve done my job. Detours by Sheryl Crow gets a “meh.”

Jack Johnson has put out his 5th studio album and there’s really not too much to say. Jack Johnson doesn’t really stray from the pattern that has made him a popular musician since 2001. This album continues to follow the formula that appeals to his fans. They’re simple soft songs that can be played in any and every situation without offending anyone. So much so, that at times they can put you to sleep. Depending on what you want music to do for you; this can be a good or a bad thing.

I’ll say this for Jack Johnson, the dude knows how to write a love song and (assuming they’re intended for his wife) she must melt into a puddle of goo every time he releases an album. “Angel” seems to be an ode to his college sweetheart and you can guarantee it’ll turn up as wedding dances this summer. Move over Celine.

There is one point where Johnson gets fired up; well maybe mildly excited is a more appropriate description. Its title track “Sleep through the Static” that gets his coconuts in a bunch. This is a solid example of an anti-war song. It’s not blatantly obvious in its lyrics and it’s sincerely written. It’s cool to hear Jack Johnson tackle something a bit more serious than banana pancakes and bubble toes.

A review of Matt Costa on the next page!Matt Costa Unfamiliar Faces, Universal Music

This month’s reviews have thus far been luke warm which is why it’s a relief to introduce you to Matt Costa. Well, you may already know him, he’s not brand new. In fact Unfamiliar Faces is his second full length album since 2005. Here’s the condensed version of his story. He grew up in Southern California, became a pro-skateboarder injured himself and dedicated his time to music. Through a series of chance encounters, luck and a lot of talent, Costa ends up signed to Jack Johnson’s label Brushfire Fairytale, opens for him and is now being distributed by Universal.

You can see why Jack Johnson snapped him up, they share a similar sound but Costa differs from Johnson in the way that he seems more experimental and willing to take risks outside of the “mellow-surf” sound. He goes from catchy pop to acoustic to folk to rock.

The first single off the album is “Mr. Pitiful” and if this doesn’t get you right off the bat, than you should go back and put in the new Sheryl Crow CD. “Cigarette Eyes,” “Lilac” and “Unfamiliar Faces” are all great examples of how Matt Costa can write, play and perform. If you’re interested, he’s currently on tour in Canada.

If I was a doctor and you were a patient with the winter blahs, I would recommend a healthy dose of Matt Costa and maybe a few margaritas. That usually works for me.

This month I would like to introduce a new feature called “Can’t Wait.” These are independent artists, mostly Canadian, but mainly just great artists that offer a chance to get to know great music before anyone else.

This month check out Canadian musician Shad. Originally from London Ontario, Shad has been entertaining the Canadian masses for a couple of years now and will certainly impress you with his thought provoking intelligent hip hop.

Let me know what you think! E-mail me at [email protected]