Not only do we love to see our favourite music stars shake their booty in their posh Armani duds, we too love to glam it up and look hot from the sidelines.

Forget the runway! We roam Canada to check out your trendsetting street style! Check out the video here!

It goes without saying that fashion and music have been loyal bed buddies for decades. Think back to the heady disco days of the ’70s where David Bowie’s alter ego Ziggy Stardust virtually defined glam rock with his slim body suits and girl-gone-wild makeup. Fast-forward to today and Fall Out Boy’s self-professed metrosexual, Pete Wentz, dons some serious eyeliner while the crew of Good Charlotte parade their stages with the skinniest of skinny jeans. Fashion and music are synonymous with creativity and self-expression; so it really comes as no surprise that concerts nowadays are equally about the tunes as the image a rock star presents.

Love the look of Wellies? You have Kate Moss — and her must publicized attendance at the Woodstock-esqe U.K Glastonbury festival — to thank for that. Even the world of hip hop has moved from gangsta city streets to the runway. Kayne West’s highly anticipated third album,
Graduation, has a cover design by no other than Takashi Murakami, Louis Vuitton’s creative artist behind their most popular — and oft ripped off — line of designer handbags. "Boho chic" was to Janis Joplin as ’80s punk is to Ladytron. Image is everything, or so it seems.

Images (from left to right) of Bjork and M.I.A (aka Maya Arulpragasam) courtesy of Carrie Musgrave.

This September marked Canada’s equivalent to the Glastonbury with V-Fest. A 2-day outdoor concert created by Virgin Records billionaire tycoon, Richard Branson. With an open-mind and a digital camera in tow, ELLECanada.com took to the mud to check out the fashions, style and looks the rockers and attendees were sporting.

Icelandic singer Bjork who is forever surprising audiences with her stage outfits did not disappoint. She was the fashion beacon of the day, wearing a metallic, layered costume that fluttered and reflected in the lights while she danced.

Brit-born newcomer M.I.A. who performs a high energy mix of Indian Bangla, Brazilian baile funk and UK grime music rocked the party with neon sunglasses, leather shorts and a fuchsia pink body suit that was as fabulous and full of energy as her performance.

While the performers were rocking their outfits on stage the crowd was equally as eager to strut their stuff on the grassy runways off-stage. Under the bright sun, hats and sunglasses seemed to be the order of the day. This year big, white-rimmed sunglasses seemed to win hands down with the male population while the women sported some classic hats, which ranged from floppy page boy hats to well tailored and sleek fedoras; similar to the hippy chic one that Sienna Miller wore at this year’s Isle of Wight festival in the UK. The crowds sported a mix of classic indie fashions — skinny jeans and t-shirts with a punk feel — and several mohawk-type hairdos (not pointy spikes — more Gwen Stefani-ish). The hairdos were super sexy on gorgeous women who could carry off the sleek comb-back look. Scarves were the accessories de jour as was the classic Keira Knightly look of sundresses and slouchy boots. Designer bags, knock-offs or not were everywhere, especially those by Marc Jacobs and Louis Vuitton.

Jillian Locke, a Toronto-based artist and trendy scenester about town sums it up perfectly, "At some point it was hard to focus on the stage as the people-watching was more interesting than the acts," she enthuses. "I love coming to music festivals; they’re such a breeding ground for new trends!" 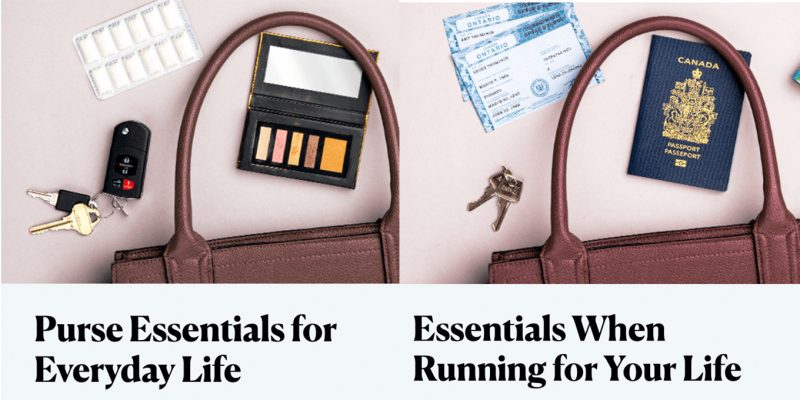