EXCLUSIVE: Naomi Klein on what worries her about the next 15 years

Plus: What her 15 year old self would think of her now 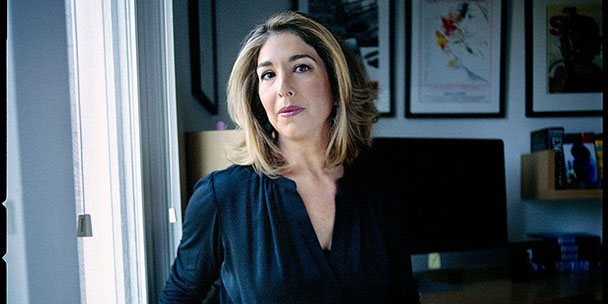 Filmmaker, author and just general crusader-against-injustice everywhere Naomi Klein burst into the public sphere in 2001 with No Logo, an anti consumer culture manifesto that gave articulate, passionate voice to many people’s growing concern about globalisation. Fast forward a decade and a half, four books, two films, and countless speeches and columns later, Klein’s not stopping anytime soon…or at least until she’s changed the world.

What’s your number one piece of advice for 15-year-olds today?
“What your generation does in the face of the climate emergency will determine the fate of generations to come. Rising to this challenge is going to be hard work. The good news is that you are young enough that, when you succeed, you will get to live in a much cleaner and fairer world than we have today.”

What were the most defining 15 minutes of your life?
“I was in my final year of high school, and I had written my first real term paper on the subject ‘Religion is the opiate of the masses—discuss.’ My teacher was a priest, so I was worried that he wouldn’t like what I had written about religion lulling people into accepting poverty and exploitation. He called me into his office, gave me a 98 percent and told me I had a future as a writer.”

What excites you when you think about the world in 15 years’ time?
“The idea that ‘truth and reconciliation’ with First Nations could be more than the subject of commissions and political speeches—that it could also be a lived reality. That it could deeply reshape the story Canadians tell about our country as well as our relationships with one another and the rest of the natural world.”

What worries you when you think about the world in 15 years’ time?
“That we won’t kick our fossil-fuel depend­ence in time, emissions will keep rising and in 15 years it will be locked in to catastrophic levels of warming.”

What have you learned over the past 15 years?
“In 2001, I learned that major political shocks are often harnessed by elites to remake the world in their interests. I’ve been learning that over and over ever since.”

What would your 15-year-old self think of you today?
“She would think that I’m doing okay but that I should tweet more about clothes and TV shows.”