The “cranky uncle of the underground,” uses chess as a metaphor in his new movie, Ivory Tower. 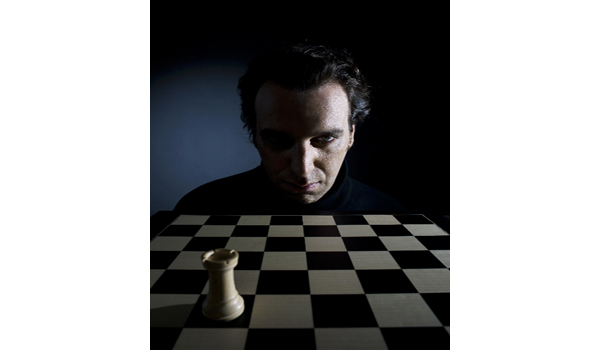 Chilly Gonzales is a classically trained pianist, a Grammy-nominated producer (for Feist, among others), an incredibly eclectic musician, a virtuoso showman and now an actor and filmmaker. One thing he isn’t— unlike the character he plays in his new movie, Ivory Tower—is a chess champion. But that’s okay: In the movie—which stars Gonzales and DJ/ producer Tiga as brothers who battle for chess supremacy (and a woman played by Peaches) using different approaches—the game is a metaphor for the struggle between art and commerce. And the resolution comes only after they realize that pleasing the audience should be their prime directive.

“Purists are as narcissistic as sellouts are,” says Gonzales during a Toronto pitstop to showcase the film as well as a concert at Glenn Gould Studio. “The message of the movie is that it doesn’t have to be a battle between art and commerce; it can all go in the same direction if you think of the audience first. And that’s also my message for musicians.”

Gonzales, a.k.a. Toronto-born Jason Beck, learned that the hard way; after the disappointing reaction to his early alternative rock, he moved to Europe, where his MC alter ego was embraced and he had hits with singles like “Let’s Groove Again,” as well as 2004’s acclaimed Solo Piano album. Then, after a less-than-warm reception for 2008’s poppy Soft Power, he returned with the piano-based Ivory Tower album (Arts Crafts), which is currently getting a boost from its finger-snapping, toe-tapping single “Never Stop” serving as the soundtrack for an iPad commercial.

“I have an old skill set that comes from European art, but I live in the world of American entertainment, and I know what I’m capable of and what success I deserve,” he says. “If you’re struggling and your expectations are different from reality, change your expectations, or work really hard and try to change that reality a bit. That’s what I do. It’s a very pragmatic approach.”

While Gonzales is still based in Paris—where he’s been working on Feist’s next album—he’s often on the road because, as he explains, “I really miss being in a place where I can speak English and capitalism—two languages they don’t speak very well in France.” In concert, he performs in slippers and a bathrobe—“but a really f***ing nice bathrobe,” he points out. “I’m looking for a certain larger-than-life quality. I’m like the cranky uncle of the underground at this point, and that’s what my outfit tells people.”