ELLE first: Stylist Brad Goreski on the first time he faced his bullies

He has a new show "It's a Brad, Brad World" and his first book will be released in March, but celebrity stylist Brad Goreski has had his share of troubles with bullies. Here he tells us his story of the first time he stood up to them. 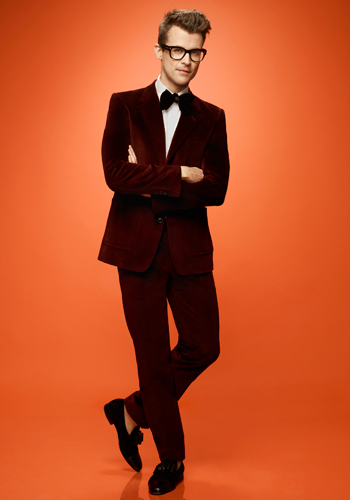 The first time I did drag was in a portable classroom behind the main building of R. H. Cornish Public School in Port Perry, Ont. I had asked my third-grade teacher, Mrs. Todd, if I could perform Madonna’s “Like a Virgin,” and she obliged. I wore my mom’s dress, tied a scarf around my head in a bow and put on a pair of her sensible pumps. The only true sartorial nod to the Material Girl was a glove fashioned out of a blue lace overcoat I had stolen from my Barbie. I fit my thumb and pinky finger through the armholes and the transformation was complete. We lined our desks around the perimeter of the room, and in the middle of the “stage” was a makeshift spotlight. My best friend, Lindsay, gave me a cue, and I made my grand entrance. I lip-synched the entire song, shaking my hips and rolling and writhing my way through the chorus.

It never occurred to me that this was
unconventional behaviour for a nine-year-old boy. Looking back, all the signs were there: I was short, chubby, bucktoothed and effeminate. I played with Barbies, I sang in the choir, I hung out with girls and I loved fashion. I already had an appetite for
designer clothing in pastels of light yellow, mauve and turquoise. Plus, I hated sports. My parents enrolled me in soccer one year, but I would always kick the ball off the field and then run and hide until the end of the game, or until my father came looking for me. Every week he hoped I would get better, but that never happened. It must have been hard for him. He didn’t get the kid who wanted to play hockey—he got the kid who wanted to make dresses in the basement with his mom.

Not a day went by when someone didn’t call me a name. On the school bus, in class, in the hallways—it happened all the time. After hearing “fag” on numerous occasions, I got up the nerve to ask my mother what it was. “It’s a British term for a bundle of sticks or a cigarette,” she would say. It was kind of her, but I had my suspicions that it had something to do with liking boys. The taunts were hurtful, but what I hated most was that people knew information about me that I wasn’t ready to share just yet.

More on Brad Goreski’s first time standing up to his bullies, on the next page…

I will never forget this one day in fifth grade, when my biggest fear came true. It was cloudy and gloomy—that awful time between winter and spring. With the exception of a few icy mounds, most of the snow had melted away to reveal yellowish-brown patches of soggy ground. I was outside at recess dressed in my winter coat, a toque and a pair of silver moon boots. I turned to my left and saw three of the school’s biggest bullies walking toward me. I was outnumbered.

“Hey, faggot!” one of them said.
“There’s no one here to protect you,” said another. He ripped the toque off my head and threw it in the snow.

I wanted to run, but I was backed into a corner. I had never so much as thrown a punch, but I thought, “I can kick, I can swing my arms, I can do whatever I need to do.” It’s like those people who are afraid to fly, but then they get on an airplane and realize that everything is going to be okay.

I was ready to fight them, but at that moment the vice-principal, Mrs. Bell, came around the corner. Her makeup—a bold red lip, powdered skin and long lashes—was always flawless. She had jet-black hair done in loose curls, and, since she was also my French teacher, I thought she was the height of sophistication.

“What’s going on?” she said. She could tell that I was in trouble. The boys backed off, but Mrs. Bell knew I was shaken. Later, in her office, I told her that they had been bothering me for a long time. The boys were suspended, and, for a while anyway, they left me alone.

I can’t imagine what it’s like for kids today. Back then, there was no Internet, texting or cyber-bullying. When I went home, I knew I was safe. Recently, I met a kid online through The Trevor Project. His name was Josh, and he had left his computer on in class. Someone went on his Tumblr site and wrote pages and pages of hateful messages. I tweeted him, “I went through the same thing; it really does get better, and you don’t have to own this.” He wrote back and said, “Thanks so much—it means a lot to hear from you.” It’s hard coming out, and it’s hard being a target of discrimination. But to quote Madonna—the lyrics I bravely sang so many years ago in that classroom—“I made it through the wilderness; somehow I made it through.”

This month’s ELLE First was written by celebrity stylist Brad Goresky. His first book, Growing up Brad, will be released in March.

Read more:
Do we teach others to treat us poorly?
At home with Patricia Field
Relationship advice: The key to happiness