ELLE FIRST: Explosive details of Diana and the Queen’s relationship; can the world handle an all Drake radio station?

Tuesday is upon us! Allow us to fill you in. 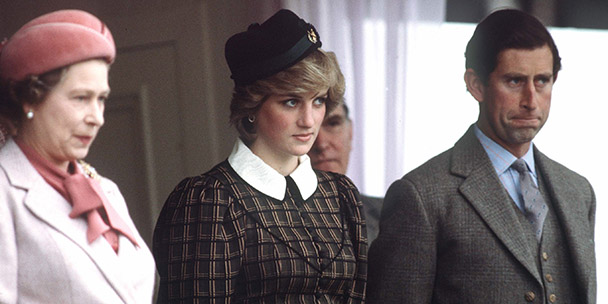 New book reveals secrets of Diana and the Queen’s relationship
A new bio of Her Maj, by royal expert Ingrid Seward, promises to reveal explosive details of our sovereign’s rocky  relationship with her daughter-in-law, Princess Di. The juiciest detail we’ve heard so far? Di apparently broke down in front of the Queen, shouting “They all hate me! My husband hates me!”. The Queen’s Speech is out August 27.  (PS Ever wondered what Will and Kate are really like? We’ve got insider info)

There’s an all Drake radio station now
Can’t get enough of Aubrey Graham? Well, neither can a radio frequency in Charlotte, North Carolina. Once the city’s gospel station, Drake 92. 7 has been playing nothing but “You da best” and “Started from the bottom” since Friday. It’s apparently a marketing ploy prior to the channel’s relaunch, but still…kind of makes us here in his hometown look bad, right? At least we know how to dress for OVO-fest…

Celeb stylist Rachel Zoe launching a subscription box
In addition to a reality show, website, and clothing line, Anne Hathaway (and lots of other celebs) stylist Rachel Zoe will be sending a box full of fashionable goodies (anything from beauty to lifestyle bits) to your home four times a year…provided you pay the $350 yearly fee, of course. We told you chicken cutlets and double-sided success were the keys to world domination…

Britney Spears is keeping the dream alive
No, Crossroads did not kill this pop star’s acting ambitions (although the more close minded among us might suggest it should have). Brit told E!News that she “would love to be a movie star”. Could that be the reason behind her unexpected (and sartorially disastrous) appearance on Sunday’s Teen Choice red carpet?

Virgos: Watch out for Jupiter!
Luck is with you this week…get excited! For other signs, however, it’s a less than stellar week ahead…

What to wear to a Drake concert