Happy Thursday! Here are the headlines you need to know about today. 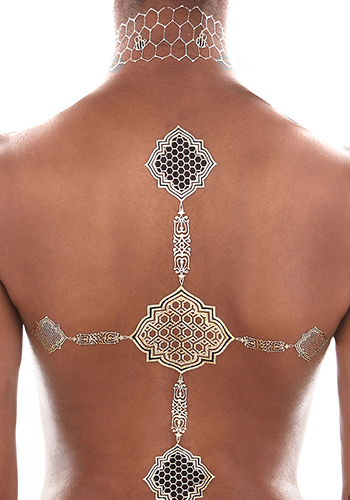 Have you seen this yet?
Calvin Harris’s latest video, for his new single “How Deep is Your Love,” was released earlier this week and stars a bikini-clad Gigi Hadid looking all kinds of amazing. Talk about #bikinigoals. Check out all of Gigi’s best looks here.

Queen Bey expands her empire
After months of sporting them on Instagram, Beyoncé has collaborated with Flash Tattoos to release her own line of jewellery-inspired metallic temporary tats – think chokers, nameplate necklaces and perfectly on-brand honeycomb-pattern cuffs. With 57 designs to choose from, we need another three months of summer to try them all. See Beyonce’s all-time best Instagrams here.

In her shoes
In other celeb fashion collab news, Zendaya revealed a line of strappy platforms and fringe-adorned high-heels in New York City yesterday. The actress and singer named the line Daya, which launches for spring 2016, after her family nickname. We can’t wait to get our feet in these. For all of summer’s hottest footwear, go here.

Shop to support elephants!
Holt Renfrew’s latest H Project in-store pop-up shop opened this week in celebration of World Elephant Day (who knew it was a thing?) on August 12. H Project boutiques at the Bloor, Yorkdale, Calgary and Vancouver Holt Renfrew locations will offer an assortment of elephant-inspired luxury products from designers such as Tanya Taylor and BRIKA, and sales will support lifesaving elephant initiatives Save The Elephants and the David Sheldrick Wildlife Trust. Happy shopping!

Great debate
Tonight kicks off the first televised leaders debate ahead of the upcoming federal election in October. Stephen Harper, Thomas Mulcair, Justin Trudeau and Elizabeth May are expected to square off on everything from the economy to the environment – don’t miss it!

Make it rain today, Cancer girls!
The stars are aligned to make today a prosperous one – maybe it’s time to take a chance on that crazy moneymaking scheme. Not a Cancer? Find your daily horoscope here.

READ MORE:
11 #OTT denim fashion pieces you need to dress like Rihanna
Beach bags under $50
11 punk-inspired pieces to own this fall