Yara Shahidi on Her Favourite Things 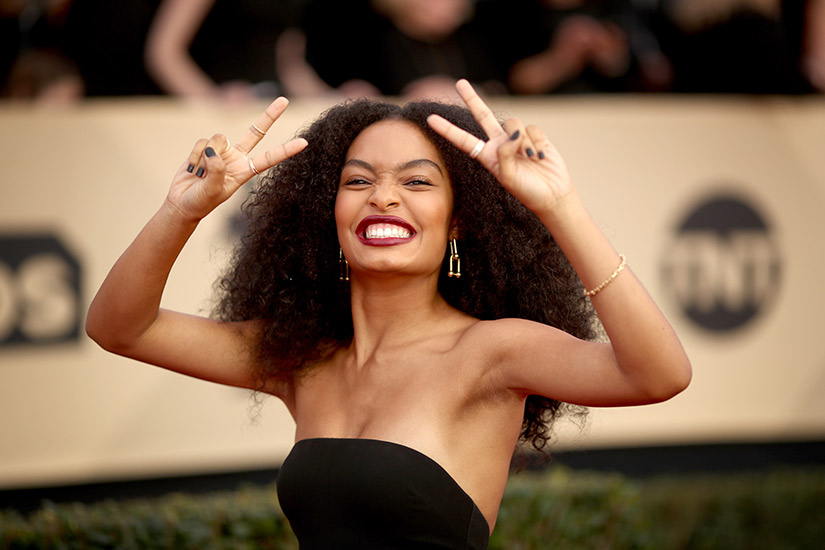 It’s the day of the Grown-ish finale when we reach star Yara Shahidi by phone from her bedroom in L.A., but that doesn’t mean the 18-year-old is doing anything to celebrate—she has to work the next day. (Full disclosure: she did attend a screening a couple of days before, but is opting for a full eight hours of sleep on the night of.)

That’s what happens when you star in two hit TV shows (the aforementioned Grown-ish is a spinoff of Black-ish, the often-political family sitcom starring Anthony Anderson and Tracee Ellis Ross, in which Shahidi got her breakout role).

When she’s not on set, the super smart teen (she got accepted into Harvard, FYI) prefers to keep it lowkey, hanging out with her family or catching up on some of her favourite pop culture. “I love reading. When I have time, I will go through a book so quickly,” Shahidi tells us. “I also love podcasts. It’s how I get most of my news, and a lot of the cultural stuff I like to listen to comes from podcasts.”

Here’s what’s currently on her radar.

Shahidi carries on her Black-ish role as Zoey Johnson, moving away from home to attend college. “To play a character that isn’t, or at least is growing into her own political and self-identity has been interesting,” Shahidi says, adding that one of the ways she differs from her character is by being “inherently political” herself. Grown-ish wrapped its 13-episode first season at the end of March, but don’t worry: Zoey and co. will be back for a second year.

The actress reveals she’s only on “page 200 of a bajillion,” of the epic novel about an escaped Australian convict fleeing to India. “I’m trying to get into more fiction, because I usually just read essays,” she explains. “I love James Baldwin and Kurt Vonnegut.” Zadie Smith’s White Teeth is also on her to-read list.

Shahidi has to pull up her podcast app to make sure she doesn’t miss any of her faves. For politics, her go-to is Pod Save America. “It’s super irreverent. And they have a series, Pod Save the People, with DeRay Mckesson, who’s awesome.” She also subscribes to Hidden Brain, NPR’s podcast about unconscious patterns and human behaviour, and Code Switch, another NPR show that examines the intersections of race, ethnicity and culture. (BTW: all are available in Canada if you’re searching for some new recos.)

The star listens to a wide array of music, including Californian rapper SuperDuperKyle and Bob Marley, but she also makes sure to shoutout her talented Grown-ish co-stars. “I love and adore music of all sorts,” Shahidi tells us. “What’s nice is that I’m currently bumping to three of my castmates who have albums.” Sister duo-slash-Beyoncé protégés (they’re signed to her record label) Chloe and Halle Bailey (who play athletic twins Jazz and Sky) released their debut R&B album, The Kids Are Alright, in March. Trevor Jackson (who stars as Aaron, one of Zoey’s love interests) also just released his first full-length CD, Rough Drafts, Pt. 1.

Shahidi found herself starstruck when she recently met the multi-hyphenate. “When I tell you manifested it…the day before I saw that we were going to be at the same event. I was like, ‘Tomorrow, I meet Pharrell.’ And it happened!” she says. “He was so nice. And I was actually proud of myself because I had words to say.”