Will Meghan Markle Have To Ask The Queen For Final Approval Of Her Wedding Dress? 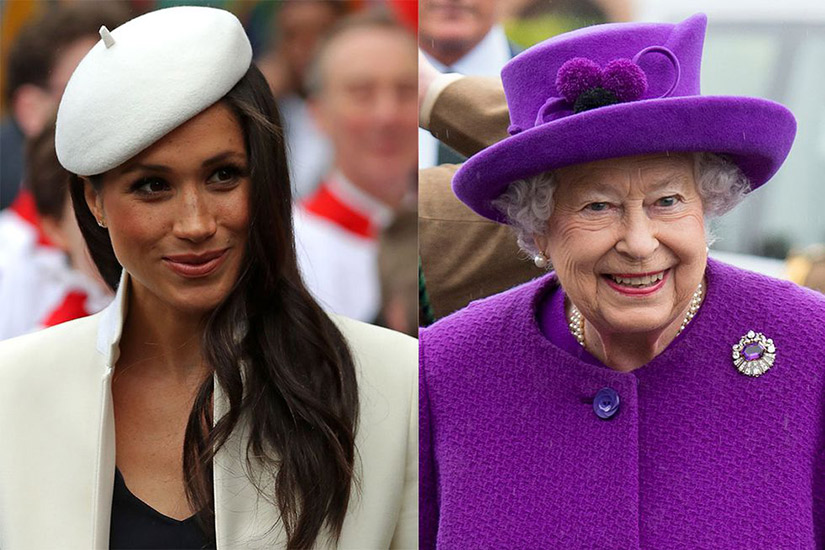 With just days to go until the royal wedding, Meghan Markle’s wedding dress is the one major detail that remains kind of unknown.

While the world will have to wait until 19 May before the bride’s gown is revealed, it has been reported that one member of the royal family will be getting a ‘sneak peek’ at the design in the days before Markle and Prince Harry tie the knot.

Royal writer Omid Scobie announced on Twitter that Markle will show the Queen her dress for her stamp of approval, noting that the Duchess of Cambridge did the same with her Alexander McQueen design in the build up to her wedding day.

Royal correspondent Emily Andrews has also reported on this private viewing. ‘The Queen is also going to see a sneak peak of Meghan’s dress because she has to approve it beforehand,’ she said on ITV’s Lorraine show earlier this week.

While it’s likely both Markle and Harry have kept the Queen up to speed on every detail of their day, asking for the monarch’s sign off on the dress design is not a royal rite of passage, one former royal editor tells ELLE UK.

The Duchess of Cambridge viewing her wedding dress with the Queen in Buckingham Palace’s State Apartments. Image by: Getty

‘It’s fair to say that in years gone by the Queen and her female predecessors would have traditionally had the final say over all aspects of a royal wedding,’ Duncan Larcome said. ‘However, there is no official protocol for the Queen to need to approve a dress.’

Instead, it’s likely that Markle will look to the Queen for support and advice as the big day approaches, just like Kate Middleton did in 2011.

‘The Queen is very close to Harry and she knows better than anyone just what a huge challenge and ordeal this will be for Meghan,’ Larcome added. ‘The Queen and Kate Middleton spoke regularly in the run up to the 2011 wedding and there is no doubt Meghan will have done the same.’

Of course, there is one person who won’t be getting a glimpse of the dress before the wedding. In their first official engagement interview, Harry made it clear that he has no plans to see Markle’s gown, noting ‘I prefer sticking with traditions.’

For now, what the bride will wear continues to be one of the most-talked about topics of the year.