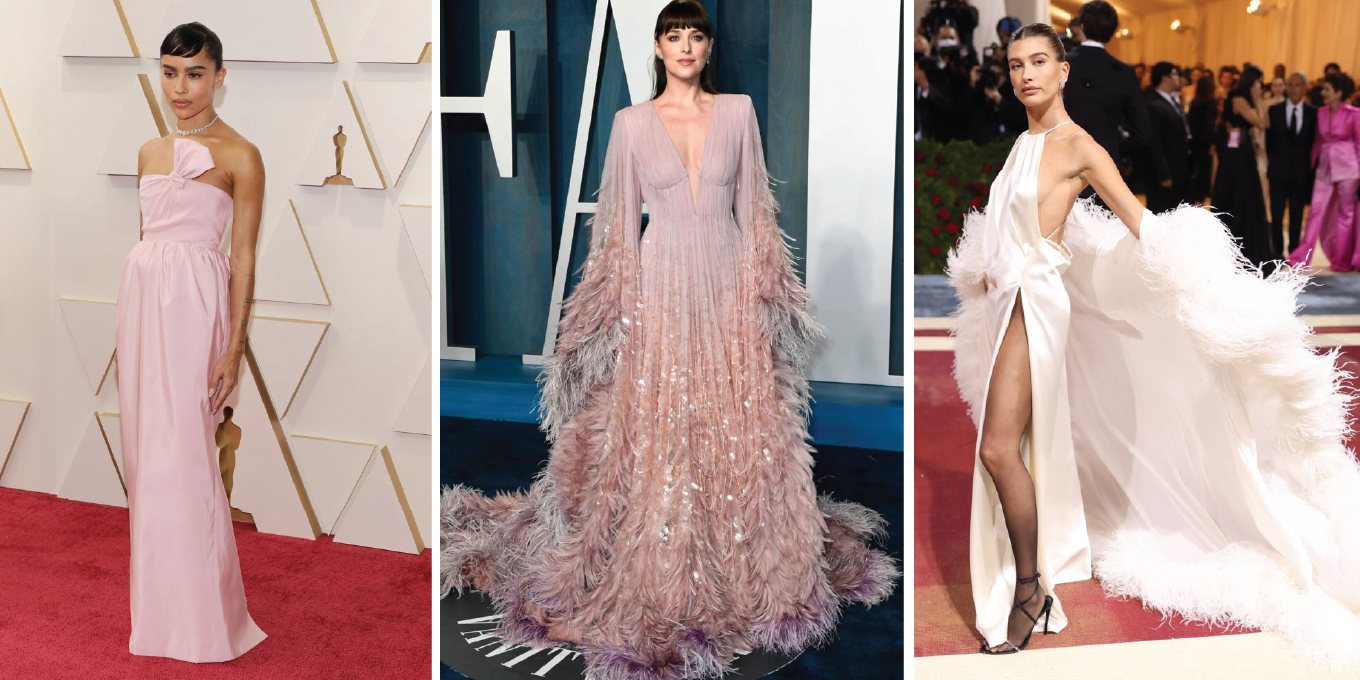 Still, not every nepotism baby is a fan of that label, likely because it’s associated with being privileged and entitled. But being a nepo baby doesn’t mean these celebs didn’t have to work hard and prove themselves — it just means they had a crucial foot in the door that so many others did not. Connections, they say, are everything.

Below, hear what our favourite nepotism babies had to say about being just that.

Of all the things celebrities have said about nepotism, Bieber’s statement was perhaps one of the loudest—although she didn’t say a thing at all. Bieber was pictured out and about in LA on January 6 wearing a basic white tee-shirt featuring the phrase, “nepo baby.” It came after Bieber was a key feature in New York Magazine‘s now-infamous story about nepotism in Hollywood. While some of the celebrities named chose to speak out about it, Bieber appeared to step into the conversation via her own famous language—fashion.

Naturally, the move caused a stir on Twitter with hundreds of people weighing in—some called it a “slay” while others called it “corny.” Meanwhile, one reasoned that the model was reclaiming the narrative for herself by “using their insult for her as a joke and owning it” because she “knows she’s a nepo baby.”

In December, Hudson slammed backlash surrounding nepotism babies as hype (and criticism) around the term surged over the New York Magazine cover story which detailed the inter-connectedness of Hollywood.

“The nepotism thing, I mean… I don’t really care,” Hudson told The Independent. “I look at my kids and we’re a storytelling family. It’s definitely in our blood. People can call it whatever they want, but it’s not going to change it.”

The Glass Onion star said she believes that nepotism is more common in other industries as well: “I actually think there are other industries where it’s [more common]. Maybe modeling? I see it in business way more than I see it in Hollywood,” she explained. “Sometimes I’ve been in business meetings where I’m like, ‘Wait, whose child is this? Like, this person knows nothing!’”

Hudson finished by differentiating between nepotism and genuine talent: “I don’t care where you come from, or what your relationship to the business is—if you work hard and you kill it, it doesn’t matter.”

Despite having one of the most well-known fathers in the world, Lily-Rose Depp doesn’t take kindly to being called a nepotism baby, and she made that clear in a profile with ELLE US.

“The internet seems to care a lot about that kind of stuff. People are going to have preconceived ideas about you or how you got there, and I can definitely say that nothing is going to get you the part except for being right for the part,” she told ELLE in 2022, of her nepo baby title.

She continued: “It’s weird to me to reduce somebody to the idea that they’re only there because it’s a generational thing. It just doesn’t make any sense. If somebody’s mom or dad is a doctor, and then the kid becomes a doctor, you’re not going to be like, ‘Well, you’re only a doctor because your parent is a doctor.’ It’s like, ‘No, I went to medical school and trained.”

Depp later alluded to the possibility that the nepo baby is nothing more than vaguely disguised misogyny, saying: “I just hear it a lot more about women, and I don’t think that it’s a coincidence.”

With a mum who is incredibly well known for The Real Housewives of Beverly Hills, both Hadid sisters were in the spotlight for several years before breaking out on their own.

While appearing at a Reebok event in 2018, Hadid got real about her upbringing, but also about how it’s shaped her work ethic.

“People say that I don’t deserve to be where I am because I come from this successful family, but my parents were f*cking hard-working,” she told the audience. “My dad was a refugee, my mum was on a farm, went to New York and worked to send money back to her family. They worked their asses off and they’ve given me a life because of their hard work, and I work hard to honor that.”

Elizabeth Olsen might be the sister to the most famous twins in the world, but unlike them, her acting career was a slow burn.

She later added that she’s “always wanted to do it alone,” but her last name made that kind of tricky.

With two incredibly well-known parents, genetically-blessed Maya Hawke took the world by storm with her breakout role on Stranger Things in 2019. Given that she was a relative unknown when people came to know her, they were shocked to find out that she comes from immense privilege — which isn’t something the actress has shied away from.

“I feel like the only way to handle the nepotism thing — which definitely gives you massive advantages in this life — is, you will get chances for free, but the chances will not be infinite,” she told Rolling Stone in 2022.

“So you have to keep working and do a good job. If you do a bad job, the chances will stop. That’s my ethos.”

Blythe Danner (who you might remember from the Meet The Fockers films), is the mother to well-known actress Gwyneth Paltrow, who might have exceeded her mums fame but certainly can’t escape it.

Appearing on an episode of Hailey Bieber’s YouTube show, Who’s in My Bathroom?, the two discussed the label, given that they both come from famous families.

“I had a lot of success really young,” Paltrow started, before adding that she felt assumptions around parent’s success contributing to children’s is “fair.”

“As the child of someone, you get access other people don’t have, so the playing field is not level in that way,” she said. “However, I really do feel that once your foot is in the door, which you unfairly got in, then you almost have to work twice as hard and be twice as good.”

That being said, she was adamant that being a nepo baby isn’t always a good thing and can lead to more judgement and scrutiny.

“People are ready to pull you down and say, ‘You don’t belong there’ or ‘You are only there because of your dad or your mom’,” she said, but later added that “Nobody in the world, especially anybody that doesn’t know you, should have a negative impact on your path or the decision that you make.”

“I needed to hear this today,” Hailey replied.

Appearing as a 2022 cover star for GQ, Kravitz got real about the “deep insecurity” she feels about her success as an actor and it potentially being viewed as less than because of her parents.

She did however, defend the label, arguing that it is “completely normal for people to be in the family business.”

“It’s literally where last names came from. You were a blacksmith if your family was, like, the Black family,” she said.

The world was sent into a spin when it collectively figured out that Euphoria star, Maude Apatow, is the daughter to one of America’s most beloved actresses and well-known film directors.

In a 2022 interview with NET-A-PORTER, Apatow revealed that she “felt a little sad” to hear people were associating her with that label.

“I try not to let it get to me because I obviously understand that I’m in such a lucky position,” she said, before adding that “A lot of people [in a similar position] have proven themselves over the years, so I’ve got to keep going and make good work.”

Still, the actress is straight-talking about the fact she’s in the early stages of her career.

“I don’t have much to show yet, but hopefully one day I’ll be really proud of the stuff I’ve done by myself.”

At times, Andie MacDowell and Margaret Qualley look like they could be sisters, especially while attending the 65th Cannes Film Festival in 2012.

In 2021, the pair worked together on the Netflix series Maid, which is when a lot of people realized the maternal connection between them.

Working on the show was an eye-opening experience for Qualley, who spoke of the immense privilege she enjoyed growing up.

“This is a life entirely dissimilar from mine,” she told ELLE in 2021, before adding that she’s aware “her mom is her mom.”

“I grew up privileged. I certainly, certainly did, and playing a part like Alex only highlights that more,” she continued, of the financial hardship faced by her character in the show.

Adored for her roles in Fifty Shades and How To Be Single, Johnson is the daughter of two well-known actors.

“My life is incredibly lucky and privileged, and the life I led growing up was remarkable —the places I went and how we lived and what we were able to experience,” she told Vanity Fair in 2022.

Still, she spoke of the “internal family dynamics and situations” she experienced that were “so traumatic,” alluding to difficulties she experienced growing up which could involve her parents rocky marriage.

Read more:
Kate Hudson Is Doing It All
Zoë Kravitz Lives Life on Her Own Terms
How Gwyneth Paltrow Has Managed to Look the Same for 30 Years